M23 rebels have cut major supply routes to Goma, eastern DR Congo, sending prices in the city surging and sparking fears that a future offensive will cripple its economy.

Last month, the rebels came within several dozen kilometres of Goma, a commercial hub of over one million people, on the border with Rwanda.

Their advance has cut off the RN2 highway, which leads to Goma from the north, and with it access to farm produce from North Kivu’s Rutshuru region.

Goods from nearby Uganda also provisioned Goma from the RN2, before the conflict erupted.

A man carries a bag of charcoal to a market in Goma, eastern Democratic Republic of Congo December 2, 2022. There are fears that a future offensive by M23 rebels will cripple Goma’s economy. PHOTO | GLODY MURHABAZI | AFP

“When you tell people the price, they go home,” said Kahongya, sheltering from the rain in her storeroom in a Goma market.

Charcoal sourced from Rutshuru must now take a long road through militia-riddled areas to reach Goma from the west.

“The kids aren’t going to school at the moment, we can’t pay the fees,” said Kahongya, a mother of eight.

Boats can also reach Goma from Bukavu, a city on the other side of Lake Kivu. And goods can still enter from Rwanda.

But inside the DRC, only the road leading to the city from the west remains viable, slashing trade volumes and driving up prices.

Some fear M23 rebels plan to block this artery too in order to exert pressure on the government.

Onesphore Sematumba, a DRC analyst for the International Crisis Group (ICG), said the rebels aim to sweep into Masisi territory — west of Goma — to this end.

“If we can’t negotiate a humanitarian corridor for the city, it will be a catastrophe,” he said.

A man sells food at the Kihisi parking lot in Goma, eastern DRC on December 2, 2022. The advance by M23 rebels has cut off the RN2 highway, which leads to Goma from the north. PHOTO | GLODY MURHABAZI | AFP

The M23 first leapt to prominence ago when it captured Goma in 2012, before being driven out and going to ground.

It re-emerged late last year, claiming the DRC had failed to honour a pledge to integrate its fighters into the army, among other grievances.

In June, the rebels seized Bunagana, a strategic town on the border with Uganda. After a period of calm, the rebels went on the offensive again in October, forcing hundreds of thousands to flee.

The military were making sure Goma “was not totally asphyxiated,” he added, explaining that it was “inconceivable” the army would let goods pass through the RN2, for security reasons.

An M23 spokesman did not respond to questions.

The DRC accuses its smaller central African neighbour Rwanda of backing the rebels, something US officials and United Nations experts agree with, but which is strongly denied by Kigali.

A motorcyclist transporting a potato trader is blocked at a barrier at the entrance to Goma by a Congolese soldier on December 2, 2022. Last month, M23 rebels came within several dozen kilometres of Goma, a commercial hub of over one million people. PHOTO | GLODY MURHABAZI | AFP

Prices for basic items such as soap surged 20 percent in some Goma markets between October and November, according to a food security group led by the UN’s Food and Agriculture Organisation (FAO) and World Food Programme (WFP).

Several people interviewed by AFP also said the cost of a cup of beans had tripled from the equivalent of about $0.5 to $1.5.

About 70 percent of Congolese survive on under $2 a day, according to the World Bank.

Sitting in front of buckets of soya and sorghum flour in a nearly empty Goma market, Adela Lubala said clients had disappeared.

Her small business survived the pandemic and the 2021 eruption of the Mount Nyiragongo volcano, which looms over Goma.

No longer in school

But the current crisis is the worst yet, Lubala said, adding that five of her nine children are no longer studying due to lack of money.

“What you see here is our old stock,” said the 53-year-old, gesturing to her wares. “When we run out, there’s nowhere else to buy.”

Claudia Ngowa, 36, said she had had to shutter her small soap factory and furlough four employees because she imported raw materials from Uganda along the RN2.

The entrepreneur also owns a farm in Masisi, but said rampant insecurity makes it difficult to transport goods despite the road remaining untouched by the M23.

“We can’t go on without selling,” she said. “It’s really precarious for everyone.” 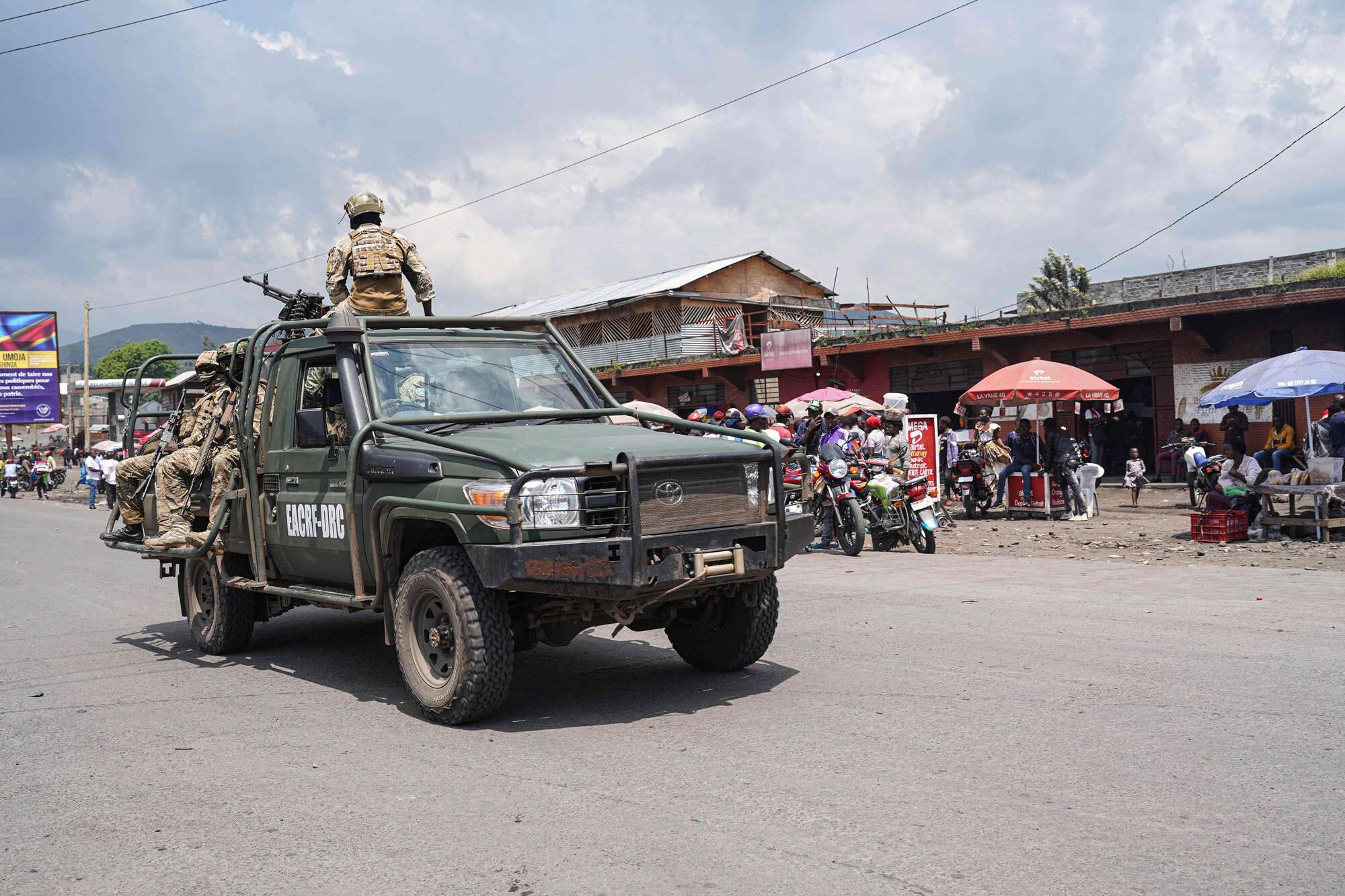 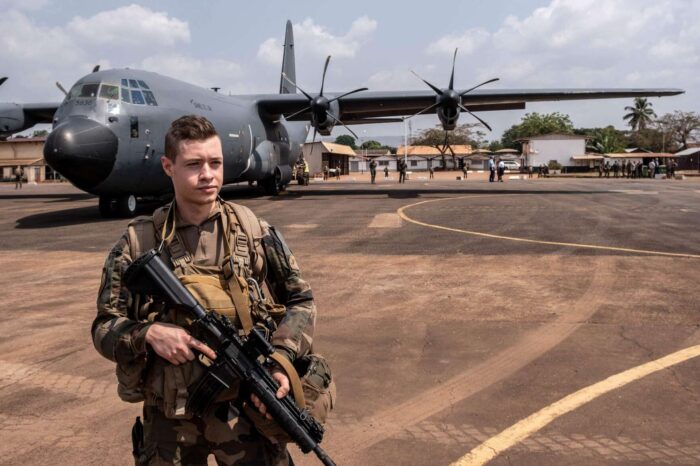