President Felix Tshisekedi broke the jinx in DR Congo politics by becoming the first president to come to power in a peaceful transition. He is however under no illusion that next year’s election is an easy task for a country that has been dogged by political and civil disarray for decades.

Yet he is promising to do everything possible to bring security to the eastern provinces of the country currently hit by violence by both local and foreign actors and the last thing he needs is an escalation of violence and fighting between the government forces and the dominant rebel group M23. He is therefore seeking to exploit all the goodwill to get out of the war, and earn the accolades of having brought peace.

He also faces the challenge of proving that he is better than his predecessor, Joseph Kabila, who had managed to ink a peace deal with M23 back in 2013, although the rebels now claim Kinshasa reneged on the conditions.

The violence in South and North Kivu and Ituri is perpetrated by more than 120 on-off armed groups. Some are composed of foreign fighters or are armed by other countries, which is the source of tensions between and some of its neighbour to the East.

The 1,000-page document indicates that some localities were attacked many times in one year by the ADF, a Ugandan terror group now being pursued by a joint operation of Ugandan and Congolese forces.

Congolese authorities in Kinshasa have made it clear that the M23 is a rebel group supported by Rwanda, which the latter has denied. The matter is emotional in Congolese to a point that local leaders who are assumed to co-operate with Kigali have been accused of “selling out” their country.

President Tshisekedi, while in opposition, accused Joseph Kabila of “selling out the country” to Rwanda. Now the shoe is on the other foot, with calls for him to negotiate with the M23 and Rwanda.

“Congo cannot negotiate with the perpetrators of crimes,” said Princess Adèle Kayinda, the Congolese government’s Portfolio Minister, during a march to protest against “Rwandan aggression under the guise of the M23” last week.

The M23, meanwhile, says it is ready to talk with the Congolese government, if it stops attacking their bases.

French analyst Thierry Vircoulon, of the French Institute of International Relations suggests, “the M23 does not have the ambition to go all the way to Kinshasa to seize power, but would like to take Goma to force the authorities in Kinshasa to open talks.”

Congolese government spokesman Patrick Muyaya, said: “The government is being forced to talk to the terrorists.”

As the elections loom. President Tshisekedi knows that continued war in the east will deny him votes and yet dialogue with M23 will still earn him criticism by his opponents of bending to foreign interests. 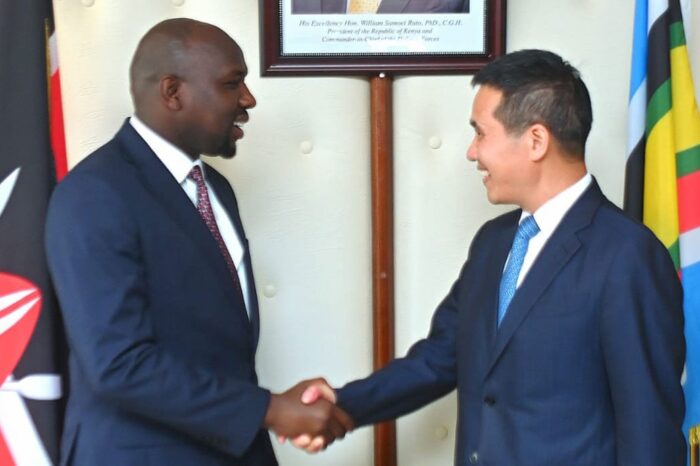