Mali’s military-led transitional government says it has terminated all military and defence cooperation treaties with France, in a sign of further deterioration of diplomatic relations.

The junta announced the decision on Monday in a statement that accused France, Mali’s former colonial ruler, of “flagrant attacks” on its sovereignty.

The agreements include the Treaty on Defence Cooperation reached in 2014 and the Agreement of 7 and 8 March 2013, which set the basis for the deployment of the French troops under the so-called Operation Barkhane.

There is also the Additional Protocol of 6 and 10 March 2020 determining the status of non-French detachments of the Takuba Task Force, under which 800 troops from a total of 10 European nations—Belgium, the Czech Republic, Denmark, Estonia, France, Italy, Hungary, the Netherlands, Portugal and Sweden—were deployed in the Sahel region.

A large part of Mali remains under the control of jihadists who started their campaign in 2012 in the northern part of the landlocked country, later spreading to neighbouring Burkina Faso and Niger. The conflict has since caused a huge humanitarian crisis in the region, with thousands of deaths recorded and hundreds of thousands of people displaced from their homes.

The French troops, who were first deployed in 2013, operate in five countries in the region: Mali, Niger, Burkina Faso, Chad and Mauritania.

Half of the Takuba Task Force is comprised of French soldiers, bringing the number of French troops in Mali alone to over 5,000.

Diplomatic tension between Mali and France first emerged with the August 8, 2020 coup which ousted the now late President Ibrahim Boubacar Keita, who was supported by France.

Relations worsened with the second coup in 2021.

Read: Why the Sahel region is Africa’s problem child and growing fast

Mali’s junta leader Col. Assimi Goita made history by staging two coups in less than one year. The military was forced to install a civilian-led administration after the first coup in the face of threat of sanctions by the West African regional bloc, the Economic Community of West African States (Ecowas. But nine months later, the army detained the civilian transitional leaders and reinstalled the military.

In May 2021, French President Emmanuel Macron announced his intention to pull out French forces from Mali. The French leader has been cited in reports saying France cannot work with a “defacto government” whose intentions are not known.

And in June 2021, France suspended military cooperation with the Malian army.

Diplomatic tension further worsened with the expulsion in January this year of France’s ambassador in Bamako, who was accused by the junta of interference.

That same month, the Malian junta ordered Denmark forces out of the country as a result of the fallout with France. The Danish troops were asked out shortly after they had landed. Mali claimed it was not informed before their deployment.

In its statement on Monday, the Malian government cited several reasons for terminating the military agreements with France, including France’s “unilateral” decision to suspend joint operations with the Malian military.

“For some time now, the government of the Republic of Mali notes with regret a profound deterioration in military cooperation with France,” said Colonel Abdoulaye Maiga in a televised statement.

Col Maiga is the Minister of Territorial Administrationand Decentralization and the spokesman of the government.

Amid the diplomatic fall out with France and with growing suspicion, Mali declared a No-Fly-Zone targeted at the European troops. According to the government, it counted a total of 50 violations of its airspace in four months.

The junta also said that despite repeated requests for renewal of the agreements, it has never received any indication of willingness on the part of the French authorities.

Even as pressure continues to mount on the Mali administration to set a timetable for a swift return to democratic rule, junta leader Goita remains defiant.

In his Eid message, he reiterated calls for the country to stick to a three-year transition plan.

He also praised the Malian people in the face of “unjust and inhumane sanctions” imposed by Ecowas.

“This is why all Malians must join hands and forgive each other so that we can defend the common heritage that is Mali,” he said. “We must make sacrifices to defend the interests of the Malian people.”

Meanwhile, Western countries are concerned about the increasing influence of Russia in Mali. Although the Malian government has repeatedly denied it, the West says a Russian-backed security firm, the Wagner group, has deployed its forces who are fighting alongside Malian soldiers.

Last month, France accused the Russians of engaging in a disinformation campaign against it after they allegedly staged mass graves of victims of their operations and accused French troops of war crimes.

That followed allegations of massacre of civilians by the Malian army with the support of the Russians, prompting calls for investigation. Those allegations by France and its allies further angered Mali which described it as part of a campaign of calumny against it by the French.

On Tuesday the United Nations Security Council was expected to discuss the Mali crisis, on the request of Russia.

The deteriorating security situation in the Sahel has led to a similar coup in Burkina Faso.

UN Secretary-General Antonio Guterres,who is currently on a West African tour, while in the Senegalese capital Dakar at the weekend, called for a swift return of Mali, Burkina Faso and neighbouring Guinea to civilian rule as part of efforts to restore peace in the region. 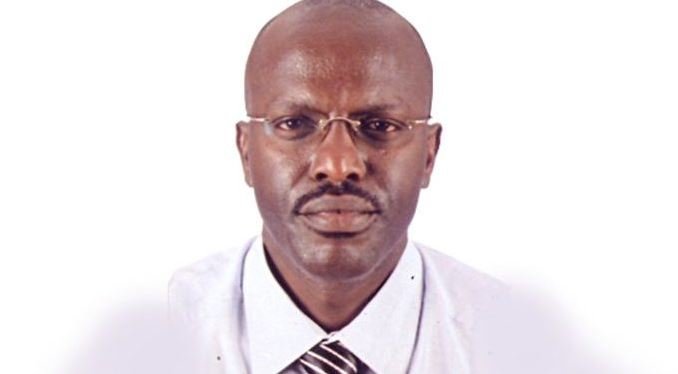