When midnight strikes, most Zimbabweans jump out of bed to make stews, iron their clothes or collect water — capitalising on a few hours of electricity as the country reels from crippling power cuts.

The southern African country has long battled with outages but the problem has sharply worsened since its main generator, a hydro plant at the giant Kariba Dam, began to struggle with low water levels caused by recurring droughts.

Since last week, the authorities have been imposing up to 19 hours of cuts each day, usually turning on power between midnight and 5am.

“The situation is now painful,” said Irvine Magede, a fruit vendor in front of a block of apartments in Harare’s oldest township of Mbare.

“We simply wake up during (the time they switch on local grids to charge our phones and iron our clothes,” said Magede, who is in his 30s.

Life has become a daily grind for most Zimbabweans as the shrinking levels of water in one of the world’s largest reservoirs inflict prolonged blackouts and devastate livelihoods.

University students this week had to do their exams in a half-lit hall, and hospitals are sometimes left without water because pumps are inoperative.

The latest wrench in Zimbabwe’s power crisis began at the end of November, when the hydro plantin the Kariba Dam had to be switched off for lack of volume passing through its turbines, according to the Zambezi River Authority which manages the water supply.

The blackouts have wreaked havoc on small businesses, already battered by a nearly two-decade-old economic downturn.

Charles Svidzi, a 59-year-old barber, said he had had to close his shop as he depends on electric hair clippers and there are no customers at night.

“My clients can only come during the day,” Svidzi explained. He is now instead offering a phone-charging service for clients, using a small solar-powered battery.

The welder he shares his business unit with has started sleeping on the workshop floor. He now works at night, making use of the available power supply to weld metal frames for windows and doors.

Most families have stopped buying perishables in bulk, especially meat, and instead ration grocery purchases daily to avoid the produce going off.

But butchers are also badly hit by the outages.

Prince Muza, 28, owns a butchery and says he has had to throw out meat that was starting to decay.

“At times there will be no money to buy diesel for the generators, and the meat goes bad. In such cases we throw away or sell the meat at a giveaway price,” he said.

The government has admitted the crisis is disrupting daily life.

“The power cuts are causing distress, inconvenience and cost to the citizenry and business. This is regrettable,” government spokesman Nick Mangwana said in a tweet this week.

Senior government official Gloria Magombo said on Tuesday that the country was importing electricity from neighbouring South Africa — which is also suffering recurring power shortages due to old and poorly-maintained plants.

It is also supplementing supplies with imports from Mozambique and Zambia.

But Zambia, which shares the Kariba reservoir, has said it too will start its own six-hour daily power outages from mid-December.

Zimbabwe also generates power from Hwange — its largest coal-fired power station — but the plant is currently operating at less than half its capacity due to poor maintenance.

“This is a crisis situation,” Energy Minister SodaZhemu told a news conference last week, adding that the Kariba plant will be shut down completely during the Christmas period until the water situation improves. 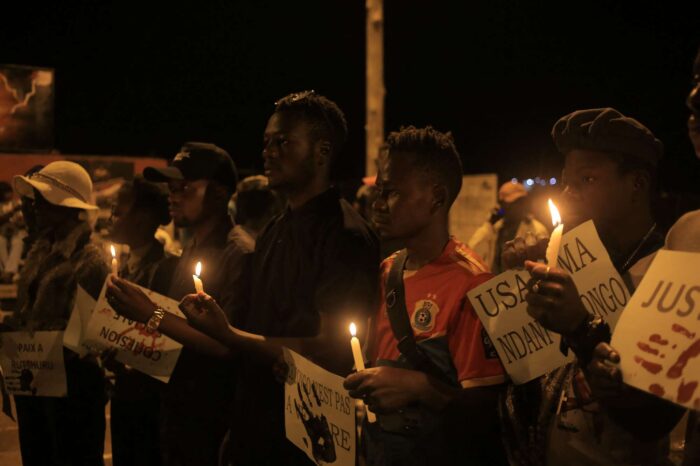