Malo Ndimba Mobutu, kin of a former Congolese dictator, has been elected governor of North-Ubangi Province by lawmakers in the region.

The grandson of Mobutu Sese Seko garnered 11 votes out of 18 ballots, beating four other candidates, three of whom are from powerful families of the Mobutu era.

The 40-year-old new governor of North-Ubangi will rule the 56,644 square kilometres province, which has almost fallen into ruin since the former president of then Zaire fled in 1997.

His election is seen as a symbol and a historical event in DR Congo. It is the first time a Congolese of Mobutu’s descent has been democratically elected to a major political post.

“In a way, it is a posthumous rehabilitation of Joseph-Desire Mobutu, the second president of the republic of the independent Congo. But also and above all, a possibility for the current generation to give this name (Mobutu a bearable significance, different from his 32 years of dictatorship,” wrote Geopolis, a newspaper in Kinshasa.

Malo Ndimba faces the tough task of restoring North-Ubangi to its former glory. Gbadolite, the province’s capital, was considered the second seat of government after Kinshasa because Mobutu often took refuge there when facing political heat in Kinshasa.

The former president built a large presidential palace, a hydroelectric dam, an international airport, and a botanical and zoological garden, which are now almost completely looted and abandoned.

Before his election, Malo Ndimba was an advisor at the Ministry of Territorial Development in Kinshasa. He was backed by the Minister of Land Management, Guy Loando Mboyo, for the gubernatorial post.

The new governor, who awaits the order of President Felix Tshisekedi to take office, says Congolese youth must now rebuild the nation.

“I am the expression of Congolese youth, of renewal, of dedication to the country. We are all responsible for this failure, and we have a moral obligation to leave to future generations a country that is more beautiful than before,” he wrote on his Twitter account. 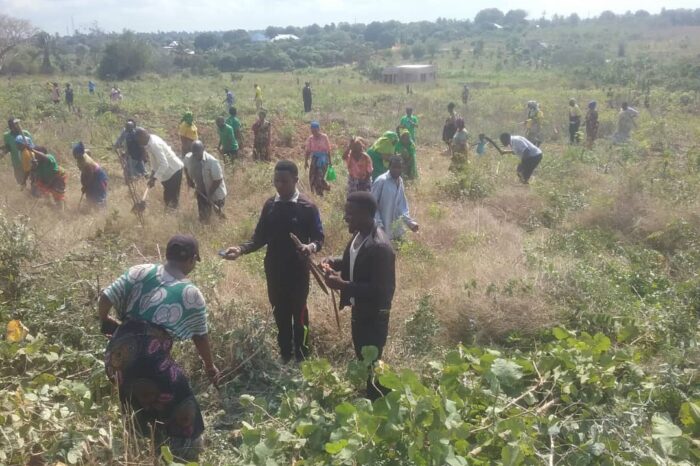