Gen Muhoozi Kainerugaba this week either marked a milestone in his political career or blotted ties between his country and Kenya. It depends on where you stand.

At 48 years, is the youngest general in Uganda today. But that title is already held by five other people in the Uganda People’s Defence Forces (UPDF, including his father President Yoweri Museveni. This week, President Museveni also dropped him as Commander of Land Forces, which means he is a general with no army.

So, what was the endgame of his controversial tweets in which he suggested an invasion of Kenya to occupy Nairobi in two weeks? In public, officials in Nairobi said they would let the matter slide after President Yoweri Museveni apologised to Kenya. In private, President William Ruto’s officials were so miffed they threatened to cancel his attendance of Uganda’s 60th independence anniversary in Kampala on October 9.

An earlier invitation to Dr Ruto to open a business forum in Kampala on Tuesday was not honoured. Initially, Nairobi dismissed the tweets. But then the general tweeted on about his supposed love for former President Uhuru Kenyatta, who he lamented should have tried a third term (under Kenyan law, that is unconstitutional, his admiration of revolution rather than democracy and aspiration to make Kenya and Uganda “one country.”

In Kenya, the feeling among some government officials is that Muhoozi is unhappy with the election of Ruto rather than Raila Odinga who was backed by Kenyatta. Nairobi diplomats indicated they expected “clarification” from Uganda. By Friday, Ruto’s team had indicated the president would attend the independence anniversary.

The tweets drew an apology from President Museveni, but he defended promoting Muhoozi saying he was focusing on the positives while discoursing negatives.

“I ask our Kenyan brothers and sisters to forgive us for tweets sent by General Muhoozi, former Commander of Land Forces,” he said.

Yet this also gives a dilemma for Museveni: How to tame his son while keeping a domestic polity intact, and a fledgling bromance with Ruto. When Ruto campaigned for election, his closeness to Museveni became a subject of controversy in Kenya, leading to a ban on his travel to Uganda. Officials suggested there had been undue influence from Uganda in Kenyan elections, forcing Kampala to clarify it had no role.

On Thursday, Kenyan opposition leader Raila Odinga did suggest there had been foreign interference in the elections but did not directly accuse Uganda. He said the election had been stolen by “the work of a group of right-wing politicians and a group international monopoly capital.”

Beyond local elections, however, Ruto’s ethnic relations to some Ugandans in the east of that country is seen by Museveni as crucial. Kenyan President is said to have investments in Uganda, which explained closeness to the Ugandan leader.

Museveni also needs to keep his generals at home happy, even as he juggles the succession balls, some say. Muhoozi sees himself as the heir-apparent and suggested so in his tweets.

Balam Barugaharra, his confidant, says the rank of general is preparation for the presidency. He says they hope he gets appointed minister so that he can interact more with ordinary Ugandans and understand their plight.

At a recent function in western Uganda, Barugaharra told the president that Muhoozi was Uganda’s “standby generator,” in case he chose to step down.

In what looks like a formal introduction to the public and business sphere, Gen Muhoozi is expected to be chief guest at Business Breakfast in Kampala on October 12. The conference, sponsored by some of the leading brands in Uganda such as New Vision, Uganda Breweries and Uganda Airlines, is organised by an unfamiliar organisation, Kef Uganda.

But to some insiders, the president has lost patience with an erratic Muhoozi. At the height of what Ugandans thought was a problem in the military three months ago, Deputy Chief of Defence Forces Lt-Gen Peter Elwelu issued a standby order class one, which Muhoozi immediately countered, prompting a meeting in Ntungamo and chaired by the President in which Muhoozi was asked to desist from tweeting. 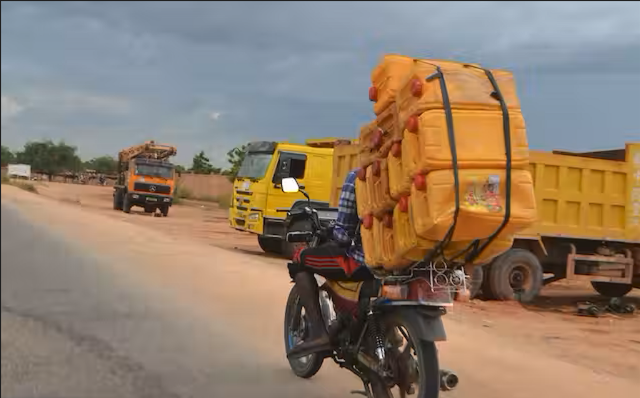 Uganda’s fuel smugglers: The Opec Boys (anti-heroes of the marginalised?