Johnson Sakaja, the 37-year-old Nairobi County governor, was born and bred in the city’s cosmopolitan Parklands neighbourhood and attended city schools for his education.

Unlike most Kenyan politicians who strongly identify with their ethnic groups, Mr Sakaja has managed to cut a national figure even when opponents have sought to label and isolate him.

His averseness to public display of ethnic affiliations appears to have worked for him in the last election, having emerged as the only winner of a county seat in Nairobi from President William Ruto’s United Democratic Alliance (UDA party. Candidates belonging to the Orange Democratic Movement (ODM, which is led by the veteran opposition leader Raila Odinga, won two of the three county seats — Senate and Woman Representative.

The results suggest that some supporters of ODM, the biggest party in Mr Odinga’s Azimio One Kenya Alliance coalition that also won the majority of National Assembly and County Assembly seats in the city, voted for Mr Sakaja, handing him victory against Polycarp Igathe of Jubilee Party. But in the governor’s office at City Hall, Mr Sakaja’s cosmopolitan political outlook is proving to be both a blessing and a curse for him.

His recent policy pronouncements banning nightclub operations in residential areas and restricting entry by public service vehicles, popularly known as matatus, to the central business district have triggered a rebellion against him by members of the county assembly (MCAs in his party.

The UDA-affiliated MCAs, who have ethnic roots in the Mt Kenya region, argue that the governor’s decisions will adversely affect businesses owned by their kinsmen and accuse him of betraying the people who voted him into office. They have received a powerful backing from Deputy President Rigathi Gachagua, who on December 19 publicly attacked Mr Sakaja for allegedly persecuting business people from Mt Kenya.

“We made you governor and we are vigilant on our interests… And we must get involved in those decisions that have an effect on our people,” said Mr Gachagua, who considers himself the Mt Kenya political kingpin after the retirement of former President Uhuru Kenyatta.

Members of Parliament from western Kenya, who claim Mr Sakaja as one of their own, have sprung to the defence of the governor and accused the Deputy President of promoting tribal politics.

The disgruntlement among the UDA MCAs is further fuelled by Mr Sakaja appointing a number of people perceived to be from communities that didn’t vote for him to his government and enjoying the support of rival Azimio legislators.

However, no law limits a county governor to making public service appointments from his party or affiliated ethnic communities.

Kenyan Constitution and the cohesion and integration law enacted in the aftermath of the bloody 2007 and 2008 election-related violence requires diversity with respect to ethnicity, gender, youth and persons with disability in public service appointments.

Last month, the parliamentary vetting of President Ruto’s nominees for principal secretary posts was temporarily suspended after the Law Society of Kenya sued, arguing they didn’t reflect the face of Kenya as 26 of the 51 were from Rift Valley and Mt Kenya regions where the President got a majority of votes.

A judge, however, later dismissed the case on a technicality, allowing the President to appoint the 51 principal secretaries.

In trying to buck the trend in Nairobi, Governor Sakaja finds himself in an uncomfortable territory of Kenya’s real hardball ethnic politics. 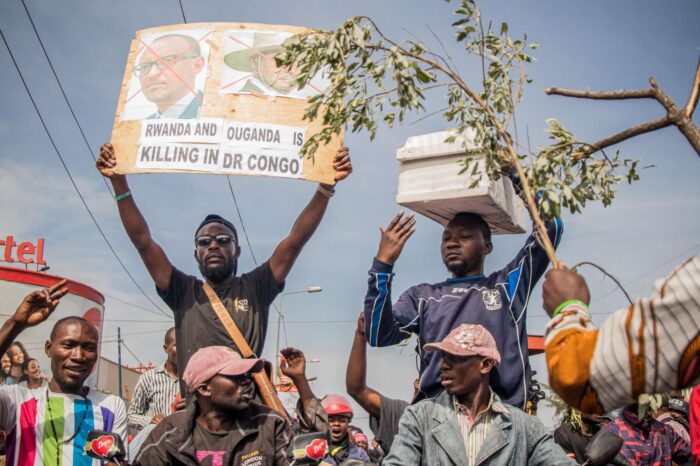