NDERITU: Hate speech, ethnic stereotypes are the foundation of genocide

Alice Nderitu, the Special Adviser of the UN Secretary-General on the Prevention of Genocide, spoke to Africa Renewal on why countries remain at risk of atrocious crimes and how engaging local communities holds the key to preventing future incidents.

What constitutes a genocide?

A genocide means any of the following acts committed with intent to destroy, in whole or in part, a national, ethnical, racial or religious group:

• Killing members of the group.

• Causing serious bodily or mental harm to members of the group.

• Deliberately inflicting on the group conditions of life calculated to bring about its physical destruction in whole or in part.

• Imposing measures intended to prevent births within the group.

• Forcibly transferring children of the group to another group.

What are the possible risk factors to a genocide?

These include patterns of discrimination against some groups, signs of an intent to destroy a protected group or a denial of the existence of any group.

A history of atrocity crimes — genocide, war crimes, crimes against humanity, ethnic cleansing — committed with impunity against some groups is also a risk factor.

Other factors are tensions in access to resources from the state, socio-economic disparities and tensions around political, social or cultural groups that could then develop along national, ethnic, racial or religious lines.

An absence of national mechanisms or initiatives to deal with identity-based conflict may mean you have a society that has risk factors of genocide.

The red flags would be ethnically, nationally, racially or religiously-motivated attacks or profiling of some people.

And when you notice that populations are not protected equally, human rights violations, breakdown of legal systems or violation of international humanitarian law, then these are red flags.

What numbers are we talking about for an event to qualify as genocide?

At the Kigali Genocide Memorial, there is a plaque at the door with the inscription: “Often, people think about genocide in terms of numbers”. People are waiting to hear one million people have died. What they don’t realise is that it’s six people dying here, three there, 20 others tomorrow and so on. All these numbers add up, such that one day you will have the one million people.

What are the challenges in fighting genocide?

We still don’t have a critical mass of people willing to build bridges and relationships, willing to say that we’re not going to have war anymore.

Also, we have poor methods of ensuring that the willing buyer-willing seller business of weapons is either managed or brought to a stop. We need more and not less engagement.

Are there any genocide hotspots currently?

Many years of mediating armed conflict have taught me that hotspots are issues, not geographical spaces.

If you know any geographical space that has ethnic violence, human rights abuses, extrajudicial killings, sexual violence, looting of property, mass executions, arbitrary arrests, killings, rape, displacement of populations, destruction of property, hate speech, stigmatisation, ethnic profiling, and the absence of the rule of law ­– then that is a hotspot.

This year marks 28 years since the genocide against the Tutsi in Rwanda. What lessons can countries learn?

We must have a culture of independent and impartial investigations into allegations of violations and abuses of human rights and accountability for serious violations so as not to perpetuate an environment that exposes people to a higher risk of atrocity crimes.

There shouldn’t be tolerance for hate speech and ethnic stereotyping. When hate speech begins, people may initially see it as harmless, but it doesn’t always end up as so. Hate speech is the foundation for genocide.

To perpetuate the genocide in Rwanda against the Tutsi, they had to be profiled as insects, cockroaches that needed to be killed. And when we think of how often we hear those kinds of stereotypes around the world, people referred to as weeds that need to be uprooted, as cancers that need to be removed, there are lessons we need to learn. There are also lessons to learn in understanding that social media was created to get people to engage with each other but it can also be used to amplify hate speech.

From Rwanda, we learn that acknowledging the past in understanding the suffering of one another is important.

I went to Rwanda and Bosnia Herzegovina to pay my respects to the victims and the survivors. But at the same time, I wanted to speak out strongly against genocide denial.

We must counter the Holocaust deniers as well as those who deny the Srebrenica and Rwanda genocides.

We must stop glorifying genocidaires and war criminals.

The other lesson is to avoid the attribution of collective guilt and understand that in any society, there are political differences about the way society should be organised. However, polarisation that feeds on hatred, incitement and denial of past crimes, especially on genocide denial, is not acceptable and must be countered.

We’ve learned that we must be alert because the risk of recurrence of genocide is always there. Denial of genocide constitutes preparation for another genocide.

We have also learned that no society is free of risk, and no country is immune to genocide, especially where these crimes have occurred in the past.

The biggest lesson is that there’s a lot of work to be done around building consensus among a critical mass of people to work towards a world free of hate and division. We have to often explain to people what hate speech can do, and I worry the world has not learned its lessons.

You have talked about a “new approach to preventing genocide”, which involves engaging communities. How does this work?

Prevention of genocide is still largely understood as an approach that should be taken from national, regional, and international perspectives. However, research points at genocide happening within local communities, with civilians as the primary target.

Prevention of genocide and atrocious crimes must, therefore, become a reality at the community level.

Communities need to be equipped to understand what is happening to them as well as respond.

We need to be able to accommodate their knowledge and sustain efforts without losing the current traction we have at the national, regional and international level.

We are building traction worldwide for locally-led initiatives on prevention of genocide by strengthening the capacities of community organisations.

What is your message as the world commemorates the Rwanda genocide?

For Rwanda, Martin Luther King said the arc of the moral universe is long, but it bends towards justice. Justice must continue to be done. Those people who perpetrated genocide need to be brought to justice.

We have many indicted people who are still at large, and some are living normal lives in member states of the UN without fear of being brought to justice. This impunity undermines what my office stands for. 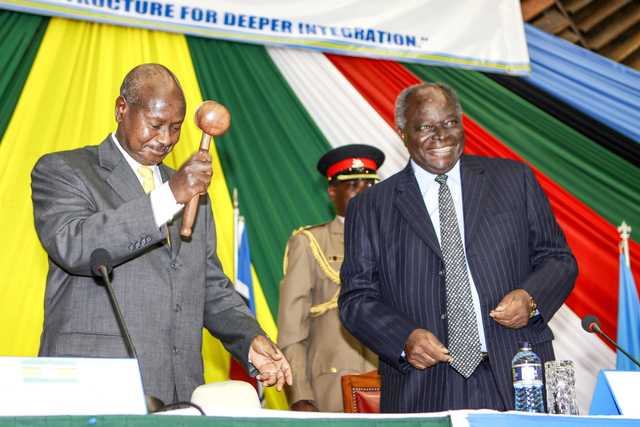