Nigeria, with crude oil reserves of more than 37 billion barrels and the 6th largest world producer, has discovered and launched the first oil drilling project in the north after decades of exploration.

The Nigeria National Petroleum Corporation Limited (NNPC unveiled the discovery of hydrocarbon deposits in the Kolmani River II Well on the Upper Benue Trough, Gongola Basin, in the north eastern part of the country.

The oil wells — OPLs 809 and 810 — to be developed by Sterling Global Oil, New Nigeria Development Commission (NNDC and NNPC Ltd, were launched by President Muhammadu Buhari on November 22, 2022.

The discovery of oil in commercial quantity in the north came 62 years after the oil and gas discovery and drilling took place in Oloibiri in South-South Bayelsa states.

The South-South region, also called Niger Delta, had since dominated oil production with highest oil and gas reserves in Nigeria.

Other states where oil was later discovered in southern Nigeria over the years are Ondo, Imo, Abia, Lagos, Anambra and Kogi.

The discovery and drilling of crude oil in Bauchi and Gombe axis is the first in the 19 northern states where millions of dollars had been spent by NNPC looking for oil.

At the launch on November 22, 2022 in Bauchi in north east Nigeria, President Buhari declared that the government has already attracted over $3 billion investment in the oil and gas sector at a time of near-zero appetite for investment in fossil energy.

“Considering the landlocked location and the huge capital requirement, the economics of the project is a challenging proposition,” he said.

“Consequently, from the outset, I instructed NNPC Limited to utilise and leverage their vast asset portfolio across all corridors of its operations to de-risk the project to attract the much-needed investment.

“It is therefore to the credit of this administration that at a time when there is near zero appetite for investment in fossil energy, coupled with the location challenges, we are able to attract investment of over $3 billion to this project.”

He said that the successful discovery of oil and gas in the Kolmani River field, and the huge investment it had attracted “will surely be a reference subject for discussion in the industry as we pursue the just energy transition programme that will culminate in our country achieving net- zero position by the year 2060”.

Noting the huge benefits the project brings to the country including “but not limited to energy security, financial security as well as overall socio- economic development of the country,” President Buhari affirmed that the government’s directive to NNPC to explore other oil and gas fields beyond the Niger Delta basin has finally yielded commendable results.

“This is indeed significant considering that efforts to find commercial oil and gas outside the established Niger Delta basin was attempted for many years without the desired outcomes.

“The successful discovery of the Kolmani oil and gas field by NNPC and her partners has finally broken the jinx by the confirmation of huge commercial deposits of hydrocarbons in Kolmani River field.

“This discovery had emanated from our directive to the NNPC to re-strategise and expand its oil and gas exploration footprints to the frontier basins of Anambra, Dahomey, Sokoto, Benue trough, Chad and Bida. Similar activities across the other basins are currently actively on-going,” he said.

The current discovery, he explained, encompass one billion barrels of oil reserves and 500 billion cubic feet of gas within Kolmani.

He said there was “huge potentials” for more deposits as the country intensifies exploration.

Looking forward to the successful delivery of the Project which he called “another vital pillar in the Country’s economic architecture,” President Buhari urged NNPC and partners to work with all stakeholders for a smooth execution of the project.

He explained that he had engaged the Governors of Bauchi and Gombe States, and have given assurances of their commitment and willingness to ensure support and cooperation in these localities as this activity affects the local populations. 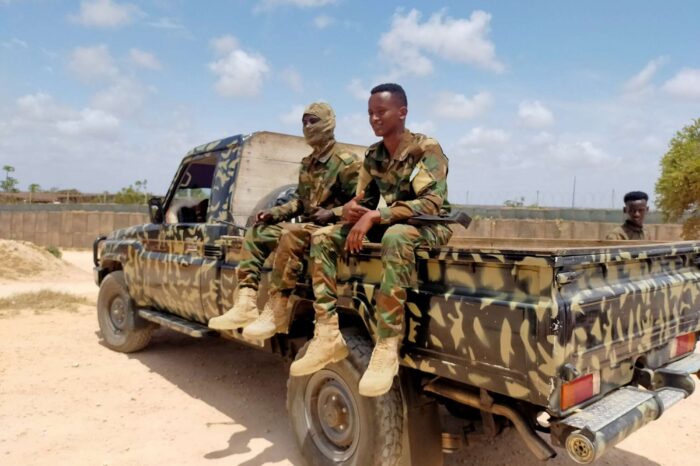