The Nigerian military has started investigating the alleged killing of more than 62 civilians last Sunday in airstrikes targeted at terrorists by the Nigerian Air Force (NAF.

NAF jet fighters on December 18, 2022 at Mutumji community in Maru Local Government Area of North West Zamfara State, bombed suspected locations of deadly bandits who were reported to have invaded the community.

In the strikes, many of the bandits were reported to have taken shelter with the civilians, causing collateral damage in the air strikes.

While speaking in Abuja, the Director, Defence Media Operations (DMO, Maj-Gen Musa Danmadami, maintained that the airstrikes were targeted solely at bandits who invaded the area in their hundreds on motorcycles.

He said over 60 civilians were reportedly killed in the operation.

Danmadami, on an update on military operations, said the military had set up a board to investigate the matter.

Lamenting the deaths of some soldiers from the ground forces during the operations, he said the number of soldiers killed was over-exaggerated in the media.

He added that the number of civilians killed had not been officially communicated to the military by the Zamfara State government.

“Investigation has been ordered into the operation to ascertain if actually there was collateral damage and equally the number of people that were involved.

“So, for now, we cannot give you any specific number as to the level of collateral damage that happened during that incident so as not to jeopardise the investigation that is ongoing.

“The air bombardment was a precision bombardment and a lot of terrorists were equally neutralised during the operations.”

The Zamfara State Governor, Mr Bello Matawalle, on December 20, 2022 confirmed that scores of civilians and soldiers lost their lives during the airstrikes targeted at bandits.

Matawalle, in a state broadcast, explained that the security forces were carrying out an onslaught against suspected terrorists who have been terrorising innocent citizens when the collateral damage occurred.

He commiserated with the families of the victims and soldiers who lost their lives in the service of the fatherland.

He said the state government would support the victims and their families.

He assured that the administration remains committed to supporting the security forces with logistics and resources to enable them win the ongoing war against the terror groups unleashing mayhem on innocent citizens in the state.

“This unfortunate incident has come at a time when both the state government and the Nigerian military are poised to effectively end the menace of the bandits, especially by taking the fight to their enclaves.

“I wish to, on behalf of myself, my family, the state government and the entire good people of Zamfara State, extend my sincere sympathy to those who were injured and the families of those who died as a result of this collateral damage,” the governor said.

Bandits have caused the death of more than 4,300 persons in Zamfara, paralysed education and farming.

Some of the bandits have taken over some remote communities where they extort villagers.

They also use the communities as launch pads to carry out attacks and kidnap citizens, including women and children.

The government of Zamfara recently re-opened schools that had been shut down due to the activities of the bandits.

The federal government recently legally declared bandits as terrorists, making it easier to deploy more deadly weapons, including fighter jets, to flush out the marauders. 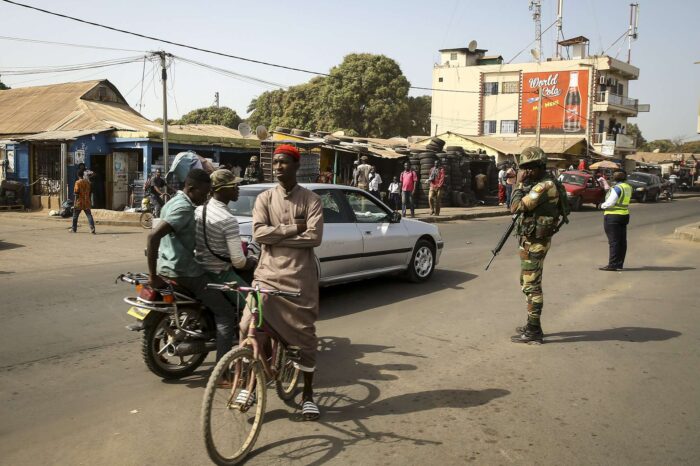