Nowhere to run: The plight of Eritrean refugees in Ethiopia

Ethiopia has hosted large numbers of Eritrean refugees for years.

Before the recent conflict, about 100,000 Eritrean refugees lived in camps in Ethiopia’s northern Tigray region.

They have fled some of the worst human rights conditions in the world, including widespread persecution and forced military conscription. Eritrea is a highly authoritarian country.

Those who speak out, or are even suspected of opposition to government policy, have been jailed for years, tortured, executed, and disappeared.

However, since late 2020, these Eritrean refugees found themselves caught up in the conflict between Tigrayan forces, the central government, and other regional armed groups.

The conflict quickly spiralled into a full-fledged civil war, with dangerous ethnic dimensions. It has made many parts of Ethiopia unsafe for the refugees.

There has been progress toward peace, but the humanitarian need for Ethiopians and refugees that it hosts is still great.

In fact, the World Food Programme just announced that it could run out of food for refugees as soon as October if action is not taken.

I’m an expert on refugee issues and published a recent report to highlight the specific needs of Eritrean refugees. It pulls together data from interviews with refugees, UN, NGO, government and civil society individuals.

I’ve found that Eritrean refugees in Tigray and other parts of Ethiopia have been attacked by nearly all fighting groups.

Before the conflict, Ethiopia was considered a safe place for refugees. It hosts one of the largest refugee populations in Africa, and is among Africa’s economic powerhouses.

But, it is now clear that Eritrean refugees, as well as other populations of refugees and some internally displaced groups, are struggling to find safety in Ethiopia.

Eritrean refugees have been attacked by the Ethiopian Defense Forces, Eritrean troops (that have invaded and remain in northern Ethiopia, Tigrayan groups, Amharan militia, among others.

Eritreans can easily be confused with Tigrayans, both of whom speak Tigrinya, and thus be targeted by those attacking Tigrayans. They have also been attacked by Eritrean troops, in some cases even kidnapped and taken back to Eritrea.

The UN and wider aid community – even with the conflict subsiding – have no means to guarantee their safety, let alone reach them with consistent and adequate aid.

Tens of thousands of Eritrean refugees were forced to flee further into the Tigrayan warzone. Others were killed or kidnapped back to Eritrea, and some became the targets of other groups, as well.

While some have managed to reach other camps in Ethiopia, or neighbouring countries like Sudan, most remain without anywhere to go and adequate assistance.

For example, Eritrean refugees in the newly constructed Alemwach camp report dangerous conditions and a lack of food and medicine.

To be clear, the wider population of Ethiopia’s Tigray region, as well as parts of Amhara and Afar, have also been in dire straits over the course of the conflict.

Famine has been used as a weapon of war in Tigray, with devastating consequences. According to the World Food Programme, two million people are severely hungry.

Human rights violations, including sexual violence, massacres and widespread detention, have also been widely reported over the course of the conflict.

Making matters worse, Ethiopia is now facing a crippling drought that could be the worst in 40 years.

This unfolding scenario is already affecting the entire region, and refugees – already in a vulnerable state – will face further suffering, as well.

Even if the Ethiopian government were to renew its commitment to protecting and assisting refugees on their territory – as it is bound to do under domestic and international law – would it be able to ensure protection and assistance for displaced groups amid such a fractured political, security, and ethnic landscape?

The reality is that even if peace were achieved today (and there are still some major obstacles to overcome before a peace deal is reached and humanitarian assistance was exponentially increased, Ethiopia will struggle to provide adequate protection and assistance to Eritrean refugees in the coming years.

While Ethiopia is first and foremost responsible for protecting and assisting refugees on its territory, the global refugee regime dictates that the rest of the world – states, NGOs, the UN, civil society and others – also have a duty to help Eritrean refugees caught in the crossfire.

They need help finding safety elsewhere in the form of a durable solution whereby they can live in dignity and support themselves.

The traditional refugee solutions of returning to their home country or locally integrating into the host country offer little for Eritreans at this stage. Thus resettlement to other countries, including the United States, must be increased.

There are about 35,000 Eritreans in the US to date. But this is a drop in the bucket compared to the level of need still in the region.

However, even if the US and other resettlement countries found resettlement places for much larger numbers of Eritreans and other refugees in need – scaling up staff is necessary to undertake the long screening process, which can sometimes take years for US-bound refugees – it will not be enough for those who need help now.

While increasing resettlement capacity in the US and other states is an important long-term response, there are other immediate steps that must be taken.

UNHCR, NGOs and others in the humanitarian community need to continue to insist on unfettered access to all parts of Ethiopia, including the beleaguered camps where Eritreans have fled or been forced to reside.

Humanitarians must also help Eritreans who seek to leave Tigray and they must work with parties to the conflict to find ways to secure the refugee camps in other parts of Ethiopia where Eritreans are staying.

Finally, the UN and US must continue to work toward lasting peace in Ethiopia, which includes accountability for denying humanitarian access and starving civilians.

Without this broader context, Eritrean refugees in Ethiopia will never find safety or a solution to their displacement. 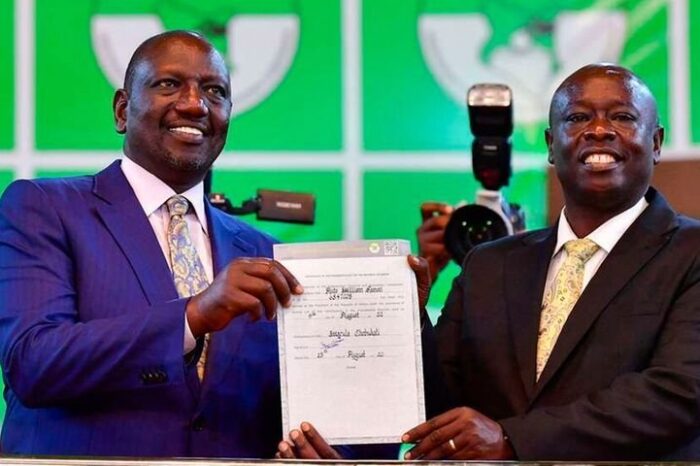