Election observer missions to Kenya have lauded the electoral commission for professionally carrying out a smooth voting exercise despite reported cases of failed electronic identification kits in some polling stations.

The East Africa Community (EAC, the Intergovernmental Authority on Development (Igad, the Commonwealth, the African Union (AU, and the Common Market for Eastern and Southern Africa (Comesa observer missions also single out the police for heightened security at the polling centres.

However, the team faulted the use of state resources during political campaigns, failed Kiems kits in some polling stations, low voter turnout and lack of youth participation in both elective posts and the voting process.

Read: What are these troublesome Kiems kits?

“The mission takes note of the remarkable improvements made by the IEBC in regard to transparency, preparations, and management of the 2022 Kenya General elections,” said EAC mission’s leader, former Tanzanian president Jakaya Kikwete.

He recommended “better communication between the IEBC and the various stakeholders.”

Mr Kikwete also commended the National Police Service, which he said did not interfere with the voting process.

“In the observed polling stations, security personnel were present and highly professional in the discharge of their duties and responsibilities. They did not interfere with electoral processes, nor did they intimidate voters,” he said.

While noting the challenges of the Kiems kit hitches, he said technology improved efficiency and increased transparency, unlike in the previous elections.

He recommended that the kits’ problems be identified, and the necessary, correct measures are taken for better performance in future elections.

The African Union and Comesa also lauded the IEBC’s performance but took issue with the use of state resources during the campaign period.

“While the campaigns were largely peaceful and issue-based, hate speeches, misuse of state resources, non-adherence to campaign schedules, violence and use of criminal gangs were observed,” said Dr Ernest Bai Koroma, former president of Sierra Leone.

The AU-Comesa mission noted that despite the relatively high youth population (18-35 years, there was low youth registration in the 2022 elections.

The elections witnessed a high level of participation of political parties and independent candidates.

Out of the 90 registered parties, 81 contested the elections. Of the 16,105 candidates, 28.1 percent were independents.

The chairperson of the Commonwealth Observer Group, Bruce Golding, commended the largely peaceful environment that prevailed in the pre-election period and praised the efforts by political parties, their leaders, presidential candidates, and the people of Kenya to foster a peaceful environment in the lead-up to the elections.

“We noted that voters were largely able to cast their ballots freely. The elections were competitive, with freedom of association and participation rights provided for and respected,” said Mr Golding.

“By and large, there was an understanding that any disputes arising would be referred to the courts. We were reassured to hear that the judiciary commands public confidence.”

However, he pointed out that the lack of a comprehensive review of the Electoral Act and the Kiems system led to some uncertainty in the electoral process.

“The multiplicity of unconsolidated amendments to the electoral laws has also complicated the administration of elections in Kenya and resulted in its ambiguity. These complications hampered the IEBC’s electoral preparations and resulted in rulings which necessitated last-minute changes to procedures,” said Mr Golding.

“It is noted, for example, that the issue of whether the digital or printed register would be the primary mechanism to verify voter identity was only decided the day prior to the elections, following a ruling by the Court of Appeal. Kenya may wish to consider the establishment of a specialist court to deal with election-related matters.” 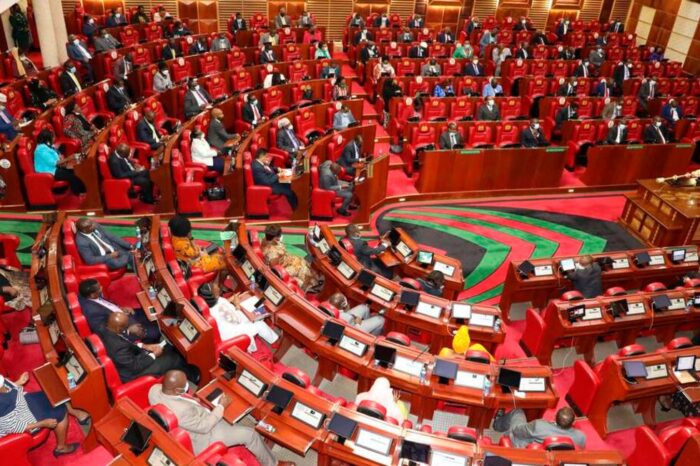 Kenya election: Raila and Ruto battle for supremacy in Parliament