On March 20, this year, Speaker of Uganda’s Parliament Jacob Oulanyah breathed his last at a hospital in the US, where he was undergoing treatment.

As is custom when a high ranking government official dies, messages of condolence, flow fast and thick. President Yoweri Museveni led among government officials. Not to be left behind, leaders of corporate Uganda and Members of Parliament – both from the government side and the Opposition, including Robert Kyagulanyi – also known as Bobi Wine, who ran against President Museveni in 2021, commiserated with the late Oulanya’s family.

But one MP, while mourning Oulanyah, let slip feelings that ran deep. Feelings of tribalism, Uganda’s festering wound that is unacknowledged, unaddressed and ignored. But the rot and stench are just below the surface.

Gilbert Olanya, MP for Kilak County in northern Uganda, while eulogising the deceased Speaker, said the Acholi community suspected foul play. He went on to explain that any time an Acholi was appointed to a high position, they died. He then cited the deaths of former deputy inspector general of police Lt-Gen Paul Lokech and senior army officer Maj-Gen Julius Oketta.

On its own, the comment could have been dismissed as just another emotional reaction to the death.

However, it grew wings and gained significance when the country’s Chief Justice, Alfonse Owiny Dollo, castigated US-based Ugandans who demonstrated against Oulanyah, calling them “wicked…lumpens.”

The Ugandans had held a demonstration on February 7 at the Seattle Cancer Care Alliance, where the Speaker was undergoing treatment. The demonstration was organised by the National Unity Platform, Uganda’s leading opposition party. The demonstrators accused Mr Oulanyah of being part of the government system that has failed to prioritise health service delivery, yet they run abroad for treatment when they fall ill.

During a vigil at Oulanyah’s home in Muyenga, Kampala, Justice Dollo said: “How can you allow these lumpens to be seen to be speaking for Buganda? How, how? There will be a price to pay and it will pain me to see that the place I have respected, the place where I have the best friends, I am just seeing them sliding down and you call it politics?”

These sentiments opened old wounds. For starters, negative sentiments about the Kabaka are not taken lightly by his subjects. It was not any different for the chief justice. There were calls for his resignation for showing his tribal colours when Ugandans expect neutrality from him.

“When the Kabaka flew to Germany in August, 2021, he did not fly by the presidential jet, but by KLM Airlines,” Mr Mayiga said.

The Katikiro also took offence at the reference to the Kabaka as an “ethnic leader.”

The kingdom’s spokesperson Noah Kiyimba welcomed the apology and appealed to Kabaka’s subjects to accept it too.

Norbert Mao, a leading Acholi leader and the president general of the Democratic Party noted, “The Chief Justice of Uganda and the Katikkiro of the Kingdom of Buganda deserve praise for transforming a clumsy moment into an opportunity for reconciliation.”

Uganda’s tribal wounds go back to Independence on October 9, 1962.

The country’s political foundation was built on divisions pitting northerners, who had dominated the armed forces, against southerners, who were mainly in the civil service. The struggle for Independence, therefore, leaned on tribal sentiments; political parties’ support base was either ethnic or religious.

Milton Obote, the prime minister at Independence, enticed the Baganda to join his Uganda People’s Congress (UPC), promising them a dominant status, and created an alliance with the Buganda monarchist party, Kabaka Yekka (king only). He cemented the political relationship by picking a bride from the Kabaka’s subjects, Miria Kalule, a wedding graced by Kabaka Mutesa II, who was then Uganda’s president.

But even this did not extinguish the nationwide nationalism that was fighting the Kiganda nationalism.

Shortly after Independence, Obote held a referendum that returned Buyaga and Bugangaizi counties to Bunyoro, an act that upset the Kabaka, leading to the confrontation in which Obote attacked Lubiri Palace and forced the Kabaka into exile on May 24, 1964. The Kabaka later died in exile.

Obote’s later ban on the kingdoms was seen as targeting Buganda. The 1980 election in which Obote beat Paul Ssemogerere, a Muganda, was disputed on grounds of rigging, leading to the bush war that was fought on Buganda soil in central Uganda, (Luwero Triangle) and brought Yoweri Museveni to power in 1986.

So passionate are the Baganda in their dislike for Obote that when he died in 2005, it is alleged that his cortege was denied passage through Luweero (Buganda), the shortest route to his home in Akokoro, Apac, and had to go through Jinja, Mbale, Soroti and Lira.

Obote’s tribesmen, the Langi, and the Acholi dominated the national armed forces. Obote had gone against his own Common Man’s charter, an attempt to unite all Ugandans under one umbrella of economic equality, justice and human rights.

Obote’s successor, Idi Amin, soothed the Baganda when he accorded the Kabaka a state burial. His insistence on making Swahili a national language and enforcing it in the armed forces was meant to defuse ethnic tensions but did not. He did not help matters when he silenced opposition and those he saw as a threat to his rule.

Museveni’s strategy of no-party system in the late 1980s was to defuse ethnic and religious tensions, but 35 years later, this attempt at unification has not worked. Three years into his government, he introduced and enacted the anti-sectarian law.

However, even with legislation, the thread holding the north-south relationship keeps weakening. For example, Mao and the DP party were largely shunned by Baganda members. His recent fights with Bobi Wine’s National Unity Party in the media are largely seen as tribal wounds that never healed.

In previous elections, the north had rejected President Yoweri Museveni at the polls, blaming him for the ousters of Obote and former president Tito Okello. Under Museveni the north suffered two decades of war that killed thousands and displaced millions. To date, recovery is still slow but Museveni is determined to win them over.

From the early days of his rule, Museveni has appointed either a Muganda or Catholic or both to the vice presidency — Samson Kisseka, Specioza Kazibwe, Gilbert Bukenya and Edward Ssekandi.

After Museveni’s poor showing in Buganda in the 2021 elections, he dropped many ministers from Buganda, including vice-president Ssekandi. He rewarded the north and east with the vice-presidency, Speaker and the Chief Justice.

When Bank of Uganda governor Prof Emmanuel Tumusiime-Mutebile died earlier this year, there were appeals to the president to appoint a Mukiga from southwestern Uganda to replace him.

Museveni did not yield, arguing that the government was not going to be forced into making “errors in broad daylight.”

About a decade ago, President Museveni told his party he would not tolerate tribalism. However, when asked by one of the members why he had appointed top security officers from the same region (western Uganda), he said that he had based it on personal contributions to the struggle to build the party.

In his book Ethnicity, State Power and Democratisation Process in Uganda, Juma Okuku said the creation of Uganda Revenue Authority, Civil Aviation Authority, Privatisation Unit, and Uganda Investment Authority created a breeding ground for sectarianism because they were separated from the civil service structure.

“The negative side to the creation of these organisations was that the NRM saw it as an opportunity to reward its political and ethnic clients from the southwestern part of the country with jobs,” Okuku writes.

This is despite the existence of the Equal Opportunities Commission.

Political commentators see the reaction to Oulanyah’s death as an opportunity to talk about tribalism in the country, ironically described by many as a uniting factor. 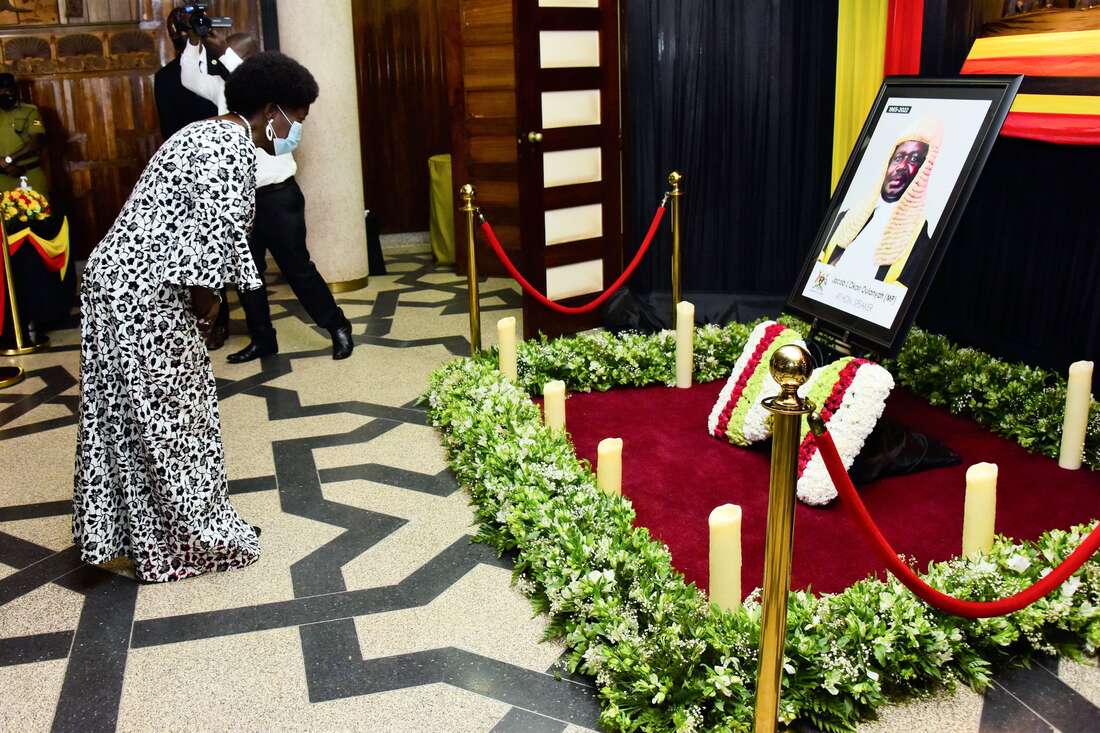 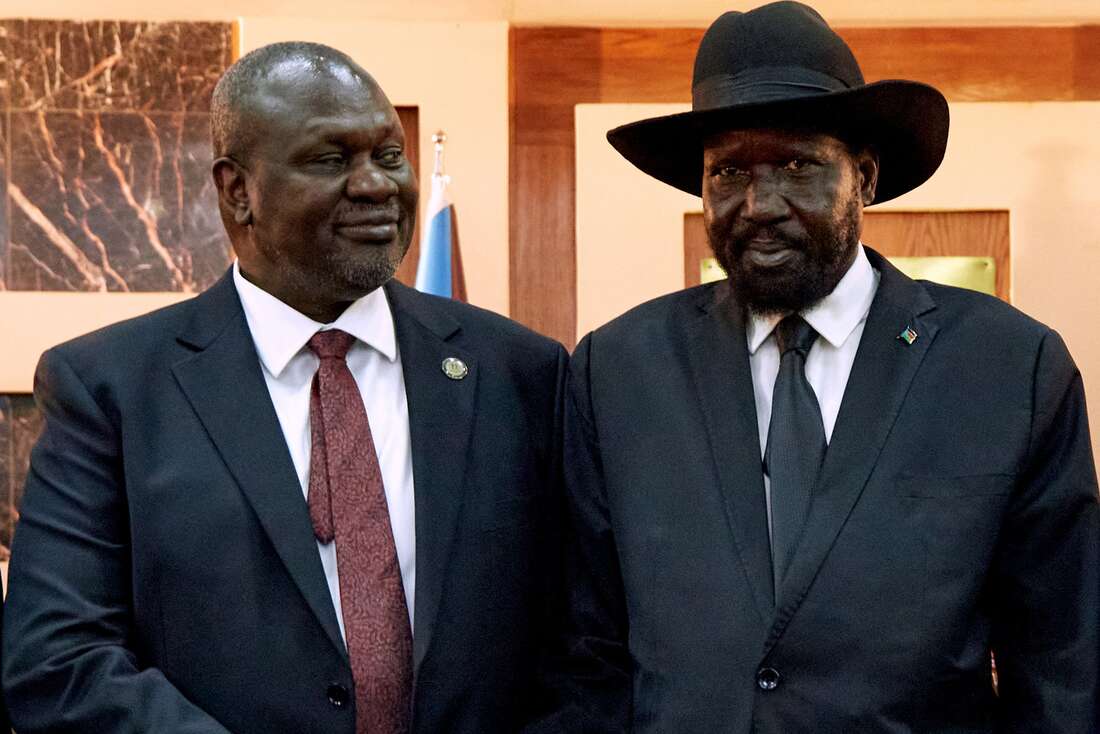