­A new wave of police crackdowns on perceived troublemakers is dampening Uganda’s week of marking 60 years of independence. And on the week of celebrations, President Yoweri Museveni also signed into law the Computer Misuse (Amendment Bill 2022 seen as a new move to target critical voices online.

The piece of legislation lists a raft of punitive measures against people who send malicious information, hate speech, unsolicited information and sharing information about children without the consent of their parents or guardians. The punishment for the convicted person is Shs15 million ($3,898 or a seven-year jail term, if not both.

Rights watchdog such as the Committee to Protect journalists had called on the President not to sign it.

Coming amid mysterious incidents of arrests, some opposition figures and activists are worried that the bad days of the 1960s and 1970s, when the country was under states of emergency with state-inspired arrests, kidnaps and extra-judicial operations, could be slowly resurfacing.

The recent wave of abductions brings back memories of the past general election when hundreds of opposition supporters across the country, some of whom are yet to be seen again, were taken away by gunmen. The common phrase in the dark days of the 1970s during the Idi Amin regime was panda gari (Kiswahili phrase for board the car, where people were picked up in streets, homes and on highways and forced into vehicles. Some of the prominent victims of the “panda gari” of those years are then Chief Justice Benedicto Kiwanuka. These days, however, the common phrase in Kampala is ‘the drone,’ a Toyota Hiace common for transporting suspects after arrest to unknown destinations.

Three months ago, un-uniformed gunmen driving in “drones” resumed operations. They had last been active in the months leading up to and after last year’s General Election. Some of those who have resurfaced are telling horrible stories of torture that they have been subjected to and bear torture marks on their bodies while several families are, since November last year, still trying to locate their loved ones.

The National Unity Platform (NUP, the country’s biggest opposition party led by Robert Kyagulanyi alias Bobi Wine has claimed that security forces are targeting their supporters to scare them from calling out the regime’s excesses.

On Monday, the NUP leadership said they had recorded more than 50 of their supporters as having been abducted in the current wave.

The party also paraded at a press conference about 137 children and other family members of people they claim have been missing for weeks, appealing to the public for support.

Army spokesperson Brig-Gen Felix Kulayigye denied there was any witch-hunt or political persecution associated with the “arrests.”

“We are not witch-hunting anyone. We are only arresting those few that are committing acts of misconduct in public and contrary to the law,” he said.

Ugandan laws provide for arrests, detentions and investigations to be done by the Police while the army protects the borders. 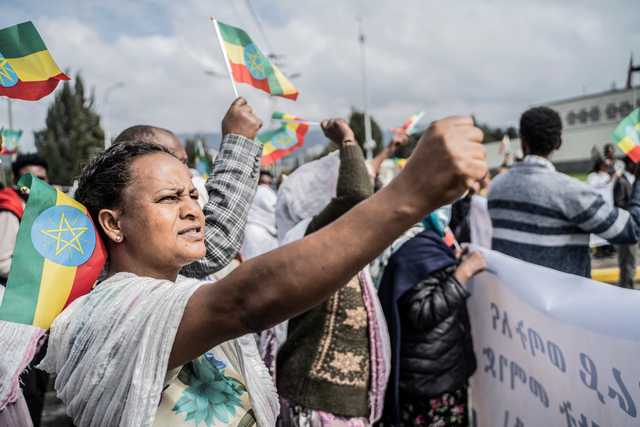