Pope pleads with kidnappers to release priests, nun in Cameroon

The head of the Roman Catholic church, Pope Francis, has appealed for the release of some priests, a religious sister and Christians who were kidnapped in the restive anglophone region of Cameroon that has been plagued by a bloody armed conflict since 2017.

Speaking at the end of mass in the southern Italian city of Matera on Sunday, the pope said he was praying for peace in Cameroon.

“I join in the appeal of the Bishops of Cameroon for the liberation of some people kidnapped in the diocese of Mamfe, including five priests and a religious sister,” he said in a televised address.

“May the Lord give peace to hearts and to the social life of that dear country.”

Gunmen, who have identified themselves as fighters for the Ambazonia separatist movement, on September 16 torched the St Mary Catholic Church in Nchang in the Mamfe diocese and kidnapped five priests, a nun, a catechist, a cook and a teenager living at the convent, the diocese’s Radio Evangelium reported.

Catholic Bishops of the Bamenda Provincial Episcopal Conference (BAPEC said in a statement a day after the incident that they “strongly condemn” the attacks against the church and her ministers expressing “shock and utter horror” at the arson and kidnaps.

The bishops said it was a “heinous attack against the house of God and the Messengers of God” and called for the immediate release of those abducted.

The prelates decried what they described as a wave of persecution against churches, saying missionaries have been getting threatening messages.

“These attacks are not just against the Catholic church but also against Presbyterian or Baptist churches of Cameroon,” the Bishops of BAPEC said in the statement.

The bishops pleaded with the kidnappers to release the hostages.

The arson attack and kidnap was the latest violent incident targeting the Church in the conflict-plagued Anglophone regions and particularly in the Diocese of Mamfe.

In 2018, a Kenyan missionary priest, Father Cosmos Ondari, was killed in the same diocese.

“The people have suffered terribly and men and women of God have been soft targets of kidnappers, torturers and unscrupulous gunmen” since violence erupted in the regions, the bishops added.

Andrew Nkea, the president of BAPEC and also Archbishop of the Bamenda archdiocese, on Monday said the kidnappers had earlier demanded $100,000 to release the hostages but have now reduced the ransom amount to $50,000.

“The church cannot pay ransom to separatist fighters or to criminals” as this would set a bad precedent, he stated.

The English-speaking North West and South regions of Cameroon have remained volatile since an industrial strike by lawyers and teachers in 2016 over the Francophone-dominated government.

Separatist groups sprouted and increased demands for independence of the two regions and the creation on an independent English-speaking country they want called Ambazonia.

Violence spread rapidly, giving birth to armed groups that have been battling with government troops in a bloody conflict since then.

The conflict, in its sixth year now, has caused about 6,000 deaths and a severe humanitarian crisis, with almost 600,000 people internally displaced within the Anglophone and neighbouring regions. There are also over 77,000 persons refugees who fled to Nigeria, according to humanitarian organisations. 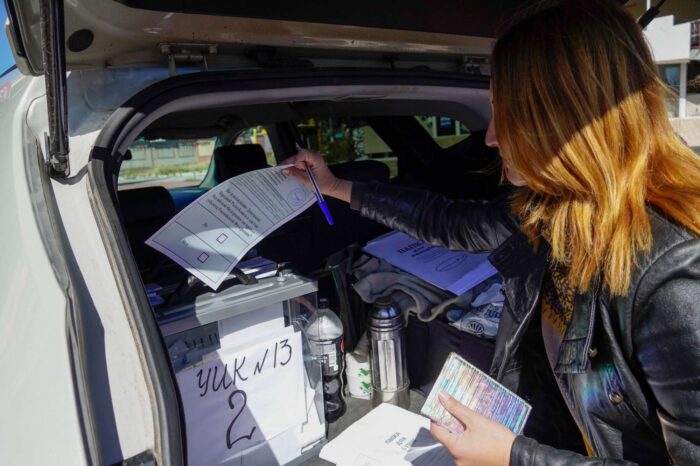