A Tanzanian fisherman Jackson Majaliwa who was among the first responders who helped rescue 24 passengers when a Precision Air plane crash landed in Lake Victoria, killing 19 others on Sunday, has been awarded Tsh1 million ($428 and a State job.

The Kagera Regional Commissioner, Albert Chalamila, handed over the cash to the fisherman from the lakeside town of Bukoba on Monday.

Prime Minister Kassim Majaliwa issued the directives when he attended the ceremony to hand over the victims’ bodies to their families at Kaitaba stadium in Bukoba, where mourners paid emotional tributes.

In addition to the cash prize, President Samia Suluhu offered Mr Majaliwa a job with the firefighting and rescue brigade and additional rescue operations training to sharpen his skills.

Earlier, in an interview with the BBC from his hospital bed, the fisherman said he had panicked as he saw the plane approach from the wrong direction before plunging into the lake.

He rushed to the scene with three fellow fishermen and helped open the rear door by smashing it with a rowing bar which helped passengers seated towards the rear of the plane to be rescued.

Mr Majaliwa said he then moved to the front and dived into the water. He said one of the pilots made signs through the cockpit window, directing him to smash it.

He says he emerged from the water and inquired from the airport security, who had arrived, if they had any tools to smash the screen.

“They gave me an axe, but I was stopped by a man with a public announcement speaker from going down and smashing the screen. He said they were already in communication with the pilots, and there was no water leakage in the cockpit,” Mr Majaliwa told the BBC.

The captain and first officer are among the 19 people who died. 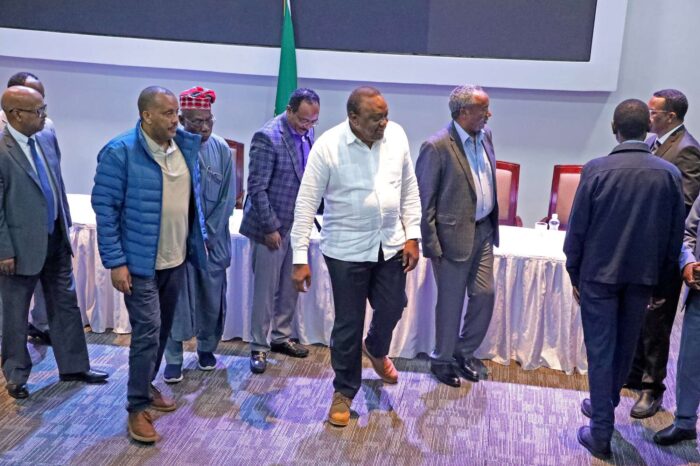