The possible impeachment of South African President Cyril Ramaphosa has been left hanging – at least for the time being – after he sent for judicial review an interim report saying he “may” have a case to answer, the ruling African National Congress (ANC party has decided.

As a result, the ANC national executive said it could not rationally proceed with a parliamentary impeachment process.

Ramaphosa is facing scrutiny over a scandal surrounding a substantial theft of money from his Phala Phala game farm early 2020, for which an advisory panel probing it found he may have violated the constitution.

The ruling party’s executive decided at the weekend, in what was described as a “heated” session, that it would not support the adoption of the panel’s report potentially implicating Ramaphosa in serious law-breaking and violation of his oath of office.

That position was reiterated again Tuesday when ANC’s 230 parliamentarians met in a caucus ahead of a vote scheduled later in the day. The meeting was to decide on whether to appoint a parliamentary investigative ad hoc committee to look into the allegations against Ramaphosa.

‘Dead in the water’

Without substantial revolt by at least 30 ANC MPs, the vote to move ahead with a parliamentary impeachment process against Ramaphosa “at this point”, was “dead in the water”, said ANC MPs.

Ramaphosa has repeatedly denied any wrongdoing in the matter, and almost resigned last week, but was persuaded to fight on and review the panel’s report, which was an interim assessment and which contains repeated reliance on hearsay and other “information” not usable in court or which can be treated as “evidence”.

A few outspoken critics of Ramaphosa from within the ruling party — specifically those aligned to former president Jacob Zuma, including his ex-wife Nkosazana Dlamini-Zuma — said, prior to the debate and vote on the matter, that they would not vote along party lines and would support the adoption of a motion from a minority party to move forward with impeachment.

But there were also minority parties such as the Good Party and the Pan Africanist Congress which said they too would not support the impeachment vote, in part because it was not entirely based on strong evidence and in part because Ramaphosa has sent it for review.

ANC MPs said after the pre-debate caucus meeting, where some dissenting views were aired, that the party’s MPs were expected to follow the party line.

While some said they would “rather follow their conscience”, it seemed clear that even with all opposition parties, including the official opposition Democratic Alliance (DA, voting for moving ahead with the establishing of an impeachment investigation committee, plus some dissenting ANC MPs, there would not be sufficient support for the motion to succeed.

With most in the ruling party lining up behind him, Ramaphosa looked set to win a second five-year term as both the leader of the ruling party and South Africa’s president as the ANC begins its elective conference of over 4,000 delegates on Friday this week.

Supporters of Dlamini-Zuma intend to propose her candidacy for party leader ‘from the floor’, once the elective conference gets underway, but her showing in terms of delegate support prior to the conference indicated she had almost no chance of success – exactly the opposite of how matters appeared five years ago when the ANC last elected its leadership. Then, with Dlamini-Zuma entered the conference as the “heir-apparent”. 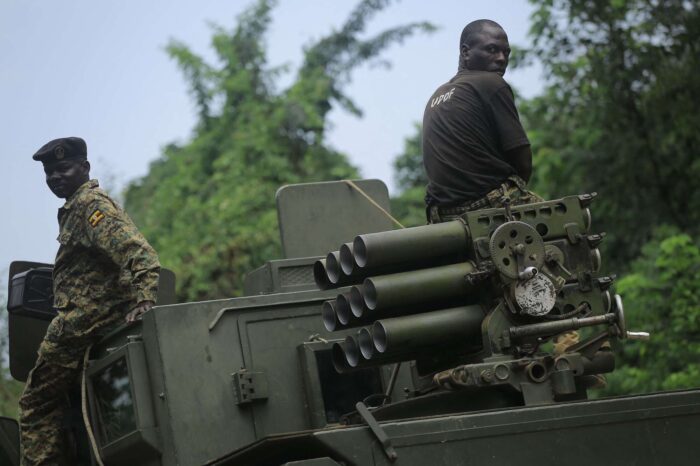