Pragmatic, wealthy and ambitious, Cyril Ramaphosa was re-elected leader of South Africa’s ruling ANC party on Monday, despite being badly damaged by a cash-heist scandal that has dogged him for months.

Ascendancy to the helm of the African National Congress (ANC, in power for almost three decades, is a stepping stone to a second term as head of state.

But the 70-year-old is on much shakier ground than when he was first elected party leader in 2017, amid deep divisions within the ANC — the party shaped by Nelson Mandela to spearhead the struggle to end apartheid.

Ramaphosa promised a “new dawn” for South Africa when he became president in 2018, but his image has been dented by scandal and a lack-lustre economy.

Earlier this month, he survived an opposition-led attempt to open impeachment proceedings against him over accusations he attempted to conceal a burglary at his farmhouse.

Details about the huge cash haul, stolen from under sofa cushions, have dealt a massive reputational blow to the man who took the reins of Africa’s most industrialised economy on a pledge to root out graft.

“Previously he was this icon of the clean-up struggle, (a paragon of virtue… with this (scandal came so much doubt on his credentials and a reminder that this is not a superhuman (man,” said political analyst and author Susan Booysen.

Born on November 17, 1952 in Johannesburg’s Soweto township — the cradle of the anti-apartheid struggle — to a policeman and a stay-at-home mother, Ramaphosa had long eyed South Africa’s top job, but only came to it after a long detour.

From Mandela to Coca-Cola

He took up activism while studying law in the 1970s and spent 11 months in solitary confinement in 1974.

Ramaphosa turned to trade unionism, one of the few legal ways of protesting the white-minority regime.

A protege of Mandela, who once described him as one of the most gifted leaders of the “new generation,” Ramaphosa stood alongside the anti-apartheid icon when he walked out of jail in 1990.

He was a key member of the task force that steered the transition to democracy.

But after missing out on becoming Mandela’s successor, Ramaphosa swapped politics for a foray into business that made him one of the wealthiest people in Africa.

He held stakes in McDonald’s and Coca-Cola, making millions in deals that required investors to partner with non-white shareholders.

Ramaphosa developed a passion for breeding rare buffalos and cattle, a business that would come back to haunt him.

He later apologised for making the glitzy bid “in a sea of poverty.”

In 2012, his image was badly tarnished when police killed 34 striking workers at a platinum mine, where he was then a non-executive director and had called for a crackdown on the miners.

He became Zuma’s vice president in 2014, often drawing criticism for failing to speak out against government corruption.

Renowned for his patience and strategic thinking, Ramaphosa narrowly defeated pro-Zuma rivals to take over leadership of the ANC party in 2017 and then the presidency when Zuma was forced out two months later.

Relaxed at public appearances, he attracts a support base that crosses South Africa’s racial and class divides, but still faces strong opposition from inside the ANC.

His anti-corruption drive has yielded some results, with charges being brought against some high-profile figures.

His handling of the Covid health crisis also won praise internationally. But the pandemic dealt a heavy blow to plans to revive South Africa’s sagging economy.

Ramaphosa’s native tongue is Venda, one of South Africa’s 11 official languages — most of which he is now said to speak fluently. 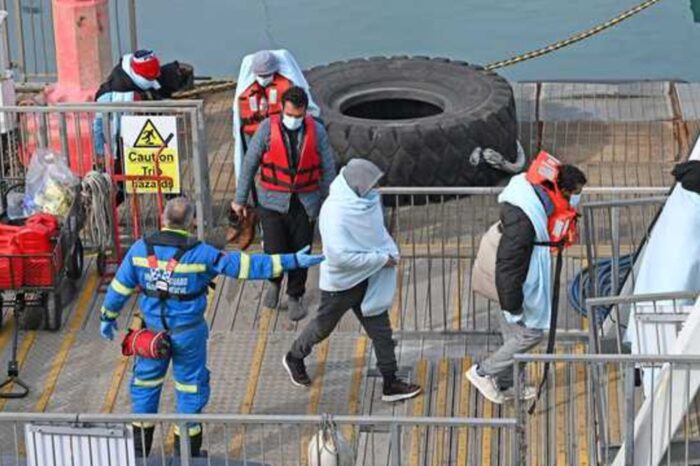