The group — one of scores in the volatile region — has conquered swathes of territory from the army and allied militias in North Kivu province in recent months and advanced towards its capital Goma.

It delivered the strategic town of Kibumba to a regional military force last week after heavy international pressure to cease fighting, saying the move was a “goodwill gesture done in the name of peace”.

But the Congolese army dismissed the withdrawal as a “sham” aimed at reinforcing the group’s positions elsewhere and security sources told AFP clashes resumed in North Kivu on Sunday.

The rebels initially detained around 50 people accused of collaborating with two anti-M23 militias in and around the Tongo settlement, local civil society representative Cyprien Ngoragore said.

He said at least 18 civilians were still in rebel hands, suspected of working with an anti-M23 armed group, the Nyatura, and the FDLR, a militia with Rwandan Hutu origins.

Two people told AFP the hostages were taken to the locality of Rutshuru-centre, seen as an M23 stronghold.

A nephew of one of the hostages, speaking on condition of anonymity, said they were “displaced people who were returning to look for food” and that the M23 told him they were still alive.

“We are requesting that our brothers are released, that the government gets involved,” he added.

Another man said the rebels arrested his 76-year-old father and others last week on suspicion of working for the Nyatura and the FDLR, tied them up and moved them to Rutshuru-centre.

The reports came as local residents told AFP fighting between the M23, the army and self-defence militias continued on Monday after breaking out at the weekend.

A military source told AFP on condition of anonymity that the army and local militias battled the M23 in the Bishusha and Tongo settlements. A security source said the army “was holding its positions”.

A Tutsi-led movement, the M23 had lain dormant for years until it resumed fighting in late 2021, accusing the Congolese government of failing to honour a deal to integrate its fighters into the army.

The DRC has accused its smaller central African neighbour Rwanda of backing the group, something which Kigali denies.

But the United States and France, among other Western countries as well as United Nations experts, agree with the DRC’s assessment.

Talks between the DRC and Rwanda in Angola unlocked a truce agreement last month under which the M23 was meant to lay down arms and pull back from occupied territories.

The rebels remained in their positions after the scheduled date for their withdrawal, however. 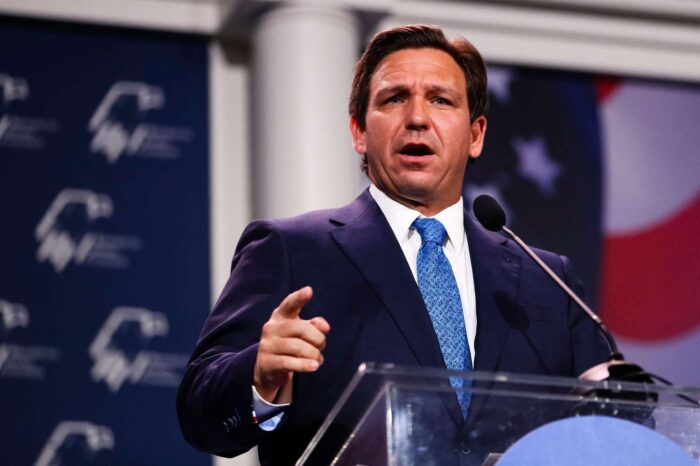 From DeSantis to Jabeur: 10 people likely to make news in 2023