A daughter of assistant minister is among victims of motorcycle accident as police say four out of five accidents registered in a day involve boda bodas in Uganda’s capital city.

A few minutes past 8pm on a Friday evening in the month of October, a Uganda minister’s daughter was riding on a boda boda, returning from a farewell party organised for her by friends after scooping a study place at a university in Massachusetts, USA, when the cyclist rammed into a lorry, a few metres from the minister’s home in the upscale suburb of Ntinda, in Kampala.

Belinda Birungi, 23, died hours later. Her death resurrected the debate on whether the country can manage the lawless, rowdy and energetic young men running a big percentage of the transport industry using their motorcycles.

Uganda Parliament Speaker Anita Among immediately ordered the deputy inspector of Police Maj-Gen Geoffrey Tumusiime Katsigazi to tame boda boda riders. “We face a crisis, especially on Kampala roads as a result of reckless boda boda riders. We must address it forthwith. You need to take critical steps to reverse this devastating trend and save lives on our roads,” Ms. Among said during a meeting with Maj-Gen Katsigazi shortly after.

She was joined by other senior government officials in condemning the recklessness of the riders.

Sadly, Belinda joined the statistics of thousands of people who have lost their lives, sources of livelihood, limbs or have had permanent disabilities as a result of boda bodas.

Each day, the streets of Kampala are dotted with thousands of young men riding these killer machines, many of them barely respecting basic traffic rules or rules of common sense. Over 60,000 riders descend onto the city with energy and determination to eke a living. They ride past traffic lights, shove pedestrians off the pavements, and ride in the wrong lanes all under the watch of traffic police officers manning the roads.

The country’s capital, Kampala has even earned itself the moniker, East Africa’s boda boda capital, from visitors because of the mess these cyclists cause, making driving or walking through the city a nightmare for city dwellers and visitors.

Simon Kimbugwe, 28, a boda boda rider, says he found this the only available source of income to feed his family of three children, a wife, and house help.

Kimbugwe, who had no formal education, went to his home in Masaka, 120km southwest of Kampala, sold his land, and returned to the city to start a new life. Armed with his motorcycle and a three-day training experience, he plunged into the transport industry.

“I never did a lot of training. My friend taught me the basics and I hit the road and started making money,” he said.

Kimbugwe was one of the over 60,000 riders with little or no training at all. While thousands of his colleagues are lucky to return home each day, he was one of the other thousands who are victims of their trade and carelessness.

Like his colleagues do all the time, one morning, he rode in disrespect of traffic lights on Jinja Road in the city centre, ramming into an oncoming car, breaking his leg, and killing the passenger. He was rushed to Mulago National Referral Hospital in the city centre and had his leg amputated. Remembering that early morning ordeal, he said: “I could have waited for a few seconds and maybe I would still have my leg and that young man should have been alive,” he said.

Of the 4,159 road accident deaths recorded, 1,390 were riders, while 528 were passengers on the motorcycles.

While releasing the report earlier this year, acting director of traffic and road safety, Lawrence Niwabiine admitted there was a problem.

“The motorcycles are killing people. They are killing their passengers,” he said. “Motorcycles have become a menace on the road. When you register five accidents a day, four involve motorcycles,” Faridah Nampiima, the spokesperson of the Directorate of Traffic and Road Safety, said.

According to the minister of state for Kampala City Kyofa Kabuye, the city mortuary at Mulago currently receives 40 bodies a day from boda boda-related accidents. From January to September this year, about 1,422 people died in boda boda accidents. Of these, 1,021 were boda boda riders and 401 were passengers, according to information from traffic police, translating to 16 deaths every three days, or more than 5 people dying every day as a result of boda boda crashes. At Mulago Hospital, the 25-bed ward gets more than 50 people in a day and 4 out of 5 patients admitted there are victims of boda boda accidents.

Dr Darlington Muhwezi of Mulago Hospital said the majority of files at the casualty ward read boda, to indicate this was a boda boda accident. Another doctor at the same hospital says most victims are brought when they are almost dying and doctors are forced to rush to attend to them to save their lives.

The hospital was forced to dedicate a full ward to victims of boda boda accidents and according to hospital authorities; this ward is the busiest at the hospital.

He believes what causes accidents is the fact that young people come from the villages, acquire motorcycles and head straight onto the road without formal training, adding that some of these will be seeing traffic lights for the first time and have no idea how they work or what to do with them.

The motor cycle riders are not only killing people through accidents, but some of the killings are well orchestrated and planned. Most of the thefts, robberies, assassinations and mob justice have been committed by people riding on boda bodas. A Kampala resident put it aptly; “When they knock you, you pay. When you knock any of them, you die,” he says. Many motorists have been killed by gangs of these riders as a result of accidents.

President Yoweri Museveni and the ruling party, the National Resistance Movement, have always had a soft spot for the boda boda cyclists. In 2001, President Museveni arrived for presidential nomination at Kololo, Kampala, riding on boda boda, claiming he was running late for nominations, but analysts say the riders boosted his campaign when for the first time he was facing his strongest opponent, Dr Kizza Besigye. or example, Kitatta was a known confidant of Police former police chief Gen. Kale Kayihura and wielded enormous powers over his colleagues and sometimes brandished guns in public.

The government has launched an ambitious crackdown on the boda bodas in the Kampala metropolitan area with the police first enforcing the wearing of crash helmets and reflector jackets.

The Police say the next phase will be enforcement of traffic rules and other legal requirements. 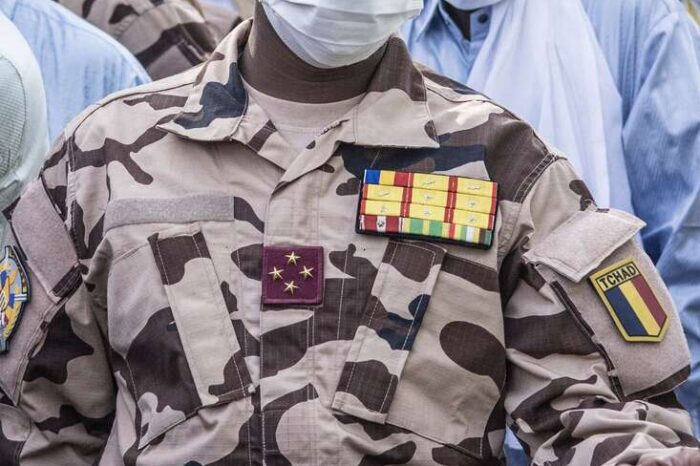