Reduction in US drone strikes in Somalia leads to fewer civilian casualties: report

A notable reduction in America’s usage of drone strikes to fight Al-Shabaab in Somalia has resulted in fewerreports of civilian casualties in the country, a reportshows.

The latest civilian casualty report by the United States Africa Command (AFRICOM that covered the period ending March 31 states that the command has not had a single report made for over a year and after the last strike conducted on February 22, this year.

“In the latest quarterly civilian casualty assessment report period ending March 31, 2022, US Africa Command received no new reports of civilian casualties and there were no open reports carried over from previous quarters. There are currently no assessments open or under review,” the command said in a statement.

The February 22 airstrike was a counter attack against the insurgents after they attacked partner forces in a remote location near Duduble, Africom said in a statement.

It was also the second attack during President Joe Biden’s administration coming months after the initial one in July last year that took place near Galkayo in Somalia.

During President Donald Trump’s tenure, field commanders were at liberty to carry drone strikes without direct approval from the White House.

The United States deploys airstrikes to assist partner troops that are on deployment to Somalia on self-defence basis with a view to degrading and eliminating Al-Shabaab elements in the country.

The targeted attacks have led to the killing of keyAl-Shabaab leaders like inFebruary 2020 when an airstrike killed Bashir Mohamed Qorgab, a leader in charge of one of the militia’s bases and who was also involved in operations targeting Kenya.

In March this year, the Somali government announced that a joint operation between the Somali National Army and the US Military had claimed the lives of more than 200 Al-Shabaab militants in drone attacks targeting Hareri Guybadle settlement about 300 kilometres North of Mogadishu.

The airstrikes have, however, not been devoid of criticism by a section of Somalis who claim that some have been indiscriminate and have claimed the innocent lives.

In response to these claims, Africom in April 2020 began publishing quarterly reports of assessment of civilian casualties after every airstrike conducted in Somalia.

The command reported that on February 17, 2020 two civilians sustained injuries after a drone attack targeting the militia, another three in April 2020 and another three in January last year.

“With every airstrike, we conduct a thorough pre-strike assessment to reduce the likelihood of civilian harm. Unfortunately, our January 1 airstrike, which was designed to protect re-positioning US troops and precisely hit its intended target, likely also caused injuries to three civilians nearby,” said Gen Townsend after releasing the assessment report.

0n January 27, US Secretary of Defence Lloyd J. Austin III issued a memorandum directing the undersecretary of defence policy to provide a Civilian Harm Mitigation and Response Action Plan by April 27 following reports that the country’s use of air war against the Islamic State in Syria in 2018 may have resulted in the indiscriminate killing of civilians.

The action plan is expected to have a bearing on the conduct of Africom in Somalia.Africom commander General Stephen Townsend said protecting innocent civilians remains a vital part of the command’s operations as it promotes a more secure and stable Africa.

“We have a moral obligation to ensure our processes do everything possible to mitigate civilian harm,” he said.

In the past, human rights groups Amnesty International and Human Rights Watch have faulted the outcome of Africom’s probes claiming that they are inadequate and result in zero accountability. 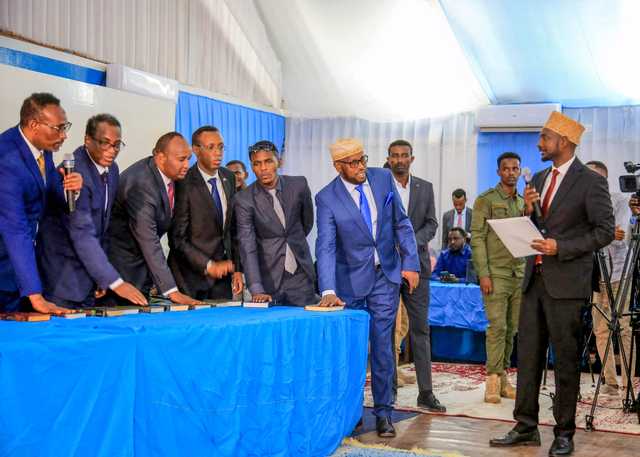