Regional forces assembling in the Democratic Republic of Congo have underlined the priority of guarding civilians suing for peace, by providing a buffer against M23 rebels, The EastAfrican can reveal.

The decision came in response to a defied ultimatum given to the M23 last week by leaders who had gathered in Luanda, Angola.

And as community and armed groups representatives from the Democratic Republic of Congo gathered in Nairobi this week, seeking long-term peace, military experts were holed up in Goma mulling the next step after M23 rebels defied a ceasefire call.

The three-day dialogue forum, the third in a series of the Nairobi Process, is backed by the East African Community.

Yet to ease hostilities

In Goma, military experts from EAC member states contributing troops to the regional force (EACRF, as well as the UN stabilisation mission (Monusco were activated after participants of the Nairobi process reported that the group was yet to ease its hostilities in spite of publicly vowing to do so last week.

As the first step, sources told The EastAfrican the Kenya Defence Forces troops which have been on standby in Goma will be tasked with creating a ring around civilians to reduce casualties among local communities.

The idea is to ensure M23 attacks are thwarted by the Congolese forces, FARDC, the regional EACRF and Monusco, if the regional heads of state under the East African Community approve it.

The decision was first mooted in Angola last week, where a mini summit of the EAC and the International Conference on the Great Lakes Region (ICGLR, under the chairmanship of Angolan President Joao Lorenco, called for ceasefire by all armed groups or they be forced out of occupied territories.

“Kenya to initially deploy its contingent in Goma, DRC and subsequently in Banagana, Rutshuru and Kiwanja upon the withdrawal of M23 to its initial positions not beyond the line along Sabinyo (DRC side, Bigego, Bugusa, Nyabikona, Mbuzi, Rutsiro and Nkokwe,” the communique stated.

The M23 in a statement had agreed to the ceasefire call by the Heads of State after the Luanda process with a rider that they would not cease to defend themselves if they were violated by FARDC. But this week, locals reported continued battles between the rebels and Congolese forces.

The peace bid is, however, challenged by DRC’s own local politics. Kinshasa had opposed the idea of the buffer zone, fearing it could incite political heat, including ethnic divisions. Such an eventuality could hurt President Felix Tshisekedi as he bids for re-election due on December 20, 2023.

In the DRC, well before the announcement of the election date, candidates had already declared themselves for the elections and political parties had already put themselves in order of battle. Among the candidates is Martin Fayulu, his challenger in the 2018 election, who claims he won. Others are Moïse Katumbi. The former governor of the ex-province of Katanga is currently allied to Tshisekedi but is expected to challenge him.

Former president Joseph Kabila’s camp has remained uncertain as his party the Common Front for Congo has yet to reveal its intentions. The other is Dr Denis Mukwege, the famous gynaecologist who co-won the Nobel Peace Prize winner in 2018.

Some Congolese have asked him to stand, something he hasn’t taken on but which has attracted jibes on him from Tshisekedi.

After the announcement of election dates, the chairman of the Independent National Electoral Commission Denis Kadima mentioned “constraints that may hamper the implementation of the elections.”

Among the challenges is insecurity, with Mr Kadima admitting that parts of DRC in rebel hands “have an impact on the smooth running of the elections.”

“No electoral operation can be organised properly without security for voters, electoral agents, sites of operations, materials and candidates,” he said last month.

The registration of the estimated 50 million voters has not yet started, he told The EastAfrican. In 2018, the electoral body needed 15 months to be ready. 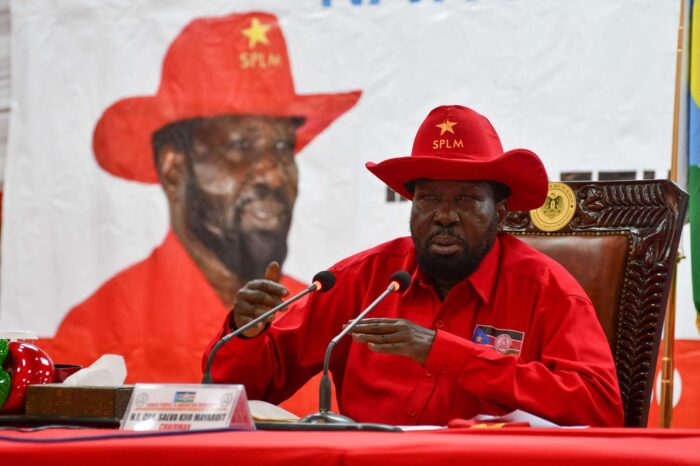 S. Sudan fails to pull its weight in EAC amid missed deadlines