President Cyril Ramaphosa of South Africa and his Namibian counterpart Hage Geingob are desperately trying to exonerate themselves from a robbery at the former’s farm in 2020.

The two heads of State are sucked in the February 2020 incident in which $4 million in cash was stolen while hidden inside furniture at Mr Ramaphosa’s game farm in Limpopo Province.

President Ramaphosa is facing allegations of concealing the crime by not alerting the police of the incident on his property in what is now known as “Farmgate.”

Five robbery suspects are said to have been tortured into confession and paid to buy their silence.

Mr Geingob has since denied allegations of illegally detaining, torturing into confession and extraditing to South Africa the suspects who had fled to Namibia.

The Namibia President angrily reacted to the allegations, calling them “absurd and downright nonsensical.”

The former head of South Africa’s State Security Agency, Arthur Fraser, has since filed a criminal complaint against Mr Ramaphosa for money laundering, kidnapping and corruption.

Explaining about the cash found at his Phala-Phala farm, Mr Ramaphosa said the money was proceeds from the sale of animals.

The matter is threatening to end his presidency with questions on why he did not bank such an amount of money.

Calls for him to resign have been growing louder, especially from his political rivals.

“If I step aside, it would mean I interfered with the police investigation process, which I did not,” said Mr Ramaphosa.

“There could be a suspicion that I would interfere with the police and others. We have said we want police to investigate whatever crime, whomever it is against, without any fear or favour and on an impartial basis.

“If I were to say I am stepping aside on that account, it would mean I am confirming I interfered in the investigation process, which I don’t.

“It would mean they are not able to do their work on an independent basis, and it destroys their confidence because they will always fear they may not be properly following things up because so and so is involved. We need to free our agencies and expect they will act as fairly as possible.”

While Mr Ramaphosa denies covering up the crime committed on his farm, there has been charges opened for the robbery two years later.

The Economic Freedom Fighters (EFF) is leading opposition parties in turning on the heat on Mr Ramaphosa, calling him a “money launderer and criminal” while disrupting the President’s budget speech last Thursday.

For that, EFF MPs were forcefully ejected from parliament and repeated the same action the following day during the budget speech debate. They again were forcefully removed from the House of Assembly.

They have vowed to continue heckling the President in a similar way they did to his predecessor Jacob Zuma.

Being criminally investigated would deter the President from reelection as ANC leader in December. The ruling party has a resolution that prevents criminally charged members from contesting positions.

While Mr Ramaphosa is now battling for his political life, his Namibian counterpart Mr Geingob has also been denying having a hand the extradition of the suspects.

“The slanderous allegations and insinuations made about President Geingob are outrageous and unfortunate,” he said.

“There is no truth in the allegations that President Geingob inappropriately used his office to assist President Ramaphosa.”

He says the “politically motivated” allegations are “out of context and motivated by malice or other ulterior motives.”

Mr Geingob further dismissed claims that he used his position to flout diplomatic protocols regarding the extradition of wanted criminals in a case with no police docket in South Africa.

For Mr Ramaphosa, the possibility of raising a motion to impeach him in parliament has not been ruled out. 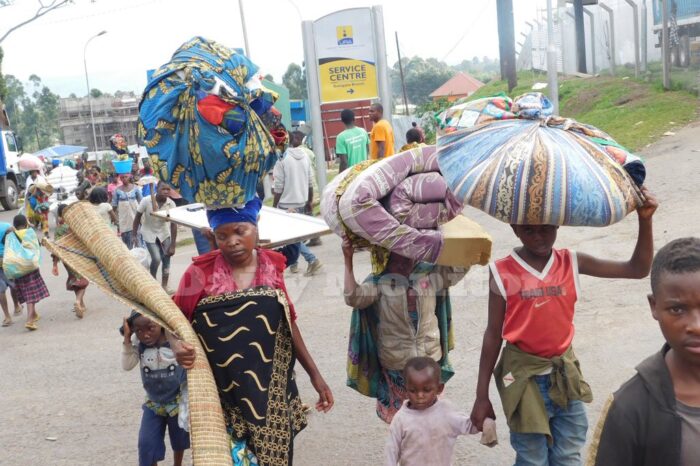