Kenya’s President William Ruto is expected to unveil his first Cabinet ministers and senior public officials in the coming days, in what is certain to invite intense scrutiny about the new administration’s commitment to ethnic and gender diversity.

Local media reports suggest that President Ruto is likely to announce the key public service appointments as soon as he returns from the US, where he made his maiden address as Kenya’s leader at the United Nations General Assembly on Wednesday.

With just 22 Cabinet secretary and 44 principal secretary vacancies to fill — as per the outgoing administration — President Ruto has an uphill task navigating the legal requirements of diversity in public service, concerns about a bloated public wage bill and expectations from campaign promises of appointments made to women and political parties in his Kenya Kwanza coalition.

For example, to counter the nomination of a woman running mate by his presidential election rival Raila Odinga, he said he would reserve half of the Cabinet posts for women.

Cabinet posts are fixed at 22 under the Kenyan Constitution, but a president has some leeway on the number of people he can appoint as principal secretaries — the top-cadre public servants responsible for managing ministries.

It is not clear if President Ruto, who has been keen to publicly play up his respect for the rule of law and court the Judiciary, will retain the unconstitutional position of chief administrative secretary. The post, controversially created in 2017 by former President Uhuru Kenyatta and assigned roles similar to those of an assistant minister under the old Constitution, was declared illegal by a court last year.

Kenya’s cohesion and integration law enacted in the aftermath of the 2007 and 2008 election-related violence, requires that no public institution should have more than one-third of its staff from the same ethnic community.

The Public Service Commission, officially the employer of government staff, also introduced a diversity policy in 2015 that requires that job representation by ethnic groups in ministries, departments and agencies correspond with their respective proportions of the national population.

But a review of 24 public agencies by the National Assembly’s Cohesion and Equal Opportunity committee in 2019 found none of the institutions has equitable representation of all the 43 ethnic groups of Kenya.

In a country where public service appointments are often linked to the sharing of national resources and the stability of the pre-election ethnic-based coalitions, President Ruto’s first Cabinet will also be scrutinised for who holds the key ministries like the Treasury, Transport and Infrastructure, Energy and Agriculture.

Appointments to the four ministries are considered lucrative because of the enormous resources they control, including budget funds and big-ticket government contracts. 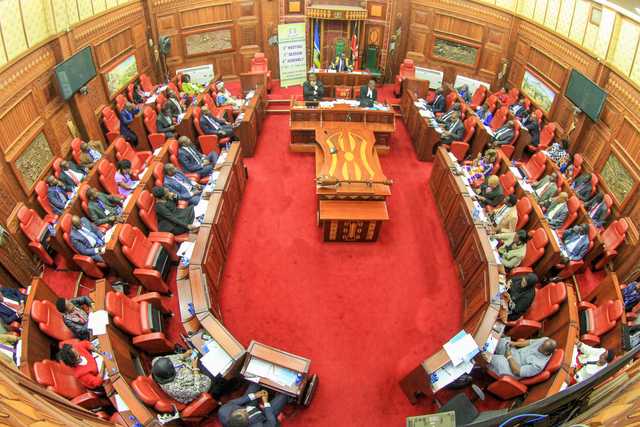