Rwanda and the Democratic Republic of Congo are trading accusations over alleged territorial violations and espionage, in what could dampen the hope for any ebbing of tensions between the two countries.

On Wednesday, Kigali said a Congolese military plane had trespassed into Rwandan territory, the second such incident raised in more than a month. Kinshasa did not immediately respond, although it had admitted to an earlier violation in November, terming it as an “unfortunate” disorientation by the pilot.

The spark was touched off on Tuesday after authorities in DRC said they were holding two Rwandans and two Congolese citizens accused of spying for Kigali under the cover of their day jobs.

The four were presented in Kinshasa and described as “spies for Rwandan authorities who operate in Kinshasa under the cover of NGO African Health Development Organisation, AHDO.”

According to a brief from the Deputy Minister for Interior, Jean-Claude Molipe, one of the Rwandans is a medical doctor while the other is a soldier with the Rwandan Defence Force.

The Congolese nationals are affiliated to AHDO. The Rwandans had, in fact, been arrested in August, a matter that caused a diplomatic protest from Kigali. Rwanda’s Minister for Foreign Affairs Vincent Biruta on November 4 wrote to Congolese counterpart Christophe Lutundula to demand the “unconditional release” of the two Rwandans. In response to the incident in November, the DRC government said its jet “unfortunately” entered Rwandan airspace and that it had “never harboured intentions of violating that of its neighbour’s.”

Rwanda did not immediately respond to the latest espionage allegations but, on Wednesday, Kigali accused DRC of violating its airspace. A statement said a Sukhoi-25 fighter jet from DRC violated Rwandan airspace along Lake Kivu in the Western Province at around midday. Rwanda accuses DRC of repeated violations, against the spirit of Luanda and Nairobi peace initiatives.

“The authorities in the DRC seem to be emboldened by consistent coddling by some in the international community, who repeatedly heap blame on Rwanda for all ills in the DRC while ignoring the transgressions originating from the DRC,” the Rwandan government said in a statement issued December 29.

The Nairobi and Luanda peace initiatives are two peace-seeking processes for the eastern part of DR Congo, which is plagued by war between the M23 rebels and the Congolese army. Eastern DRC is also home to dozens of local and foreign armed groups, responsible for several massacres and abuses against civilians.

The Nairobi and Luanda process recommended a ceasefire and de-escalation between the DRC and the M23 rebels, but also to cool tensions between Rwanda and the DRC, who accuse one another of sponsoring rebels against their authorities. The Nairobi process was signed between the DRC government and about 50 armed groups (apart from the M23 in search of peace.

The DRC, now joined by France and the US, has sustained allegations that M23 receives backing from Rwanda, a charge Kigali rejects.

On Tuesday, Congolese officials made accusations about the four people arrested. Molipe said the four had acquired “a large amount of land in the areas [near] N’djili International Airport and the Kibomango military base.” The airport is Kinshasa’s biggest while the base lies east of Kinshasa, a few kilometres from the city centre.

The Deputy Minister of the Interior and Security added that the fact that these people had acquired land near the airport suggested “they were preparing for a Machiavellian plan.”

“The arrested Rwandan soldier revealed that he had access to different strategic sites in Kinshasa, in complicity with some general officers of the Congolese army.”

He said that investigations are continuing to arrest “military or civilian accomplices.” With the continual tensions between Kigali and Kinshasa, there is a risk of deteriorating the fragile relations between the two EAC partners. 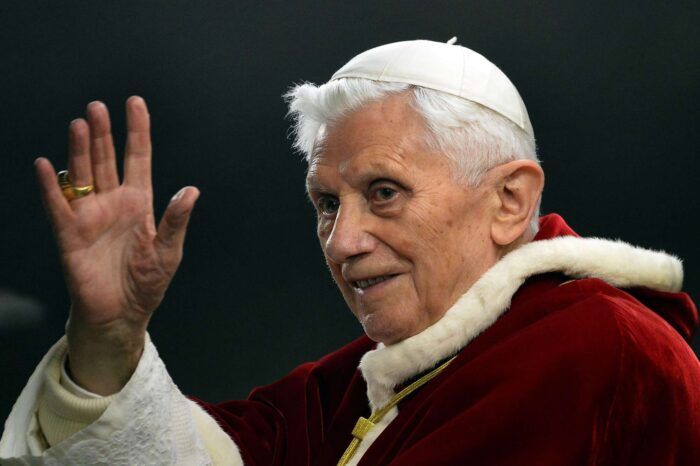 Body of ex-pope Benedict to lie in state at Vatican