The Rwandan army has Saturday killed a soldier in the district of Rubavu, on the border with the Democratic Republic of Congo.

According to a statement from the Rwanda Defence Force (RDF, the soldier was an “unidentified” but was “believed to be from the FARDC (DR Congo armed forces”.

RDF reported that the soldier crossed the Rwandan border at the Petite Barrière in Rubavu district, and started shooting at Rwandan guard towers. He was shot dead by RDF troops on patrol before he could cause any casualties.

The RDF communique added that “the regional expanded joint verification mechanism has been informed of the incident and is expected to investigate the border violation”.

Another such incident took place in June this year. According to the Rwandan army, a Congolese soldier with an AK-47 rifle crossed the Petite Barrière and fired at security personnel and civilians. Two Rwandan police officers were reportedly injured. A Rwandan national police officer shot the Congolese soldier.

The DRC and Rwanda have tightened border security following incidents and protest marches by Congolese who often go to the border to denounce Rwanda’s alleged support for the M23 rebels.

The Congolese authorities have not yet reacted to the Rwandan army’s statement.

The incident comes as the peace process appears to be making progress after consultation meetings in Kinshasa and Goma led by former Kenyan president Uhuru Kenyatta and phone calls he made to President Paul Kagame.

The Rwandan president has, according to a statement by Mr Kenyatta, the East African facilitator, agreed “to assist the EAC facilitator in urging the M23 to cease fire and withdraw from captured territories”. 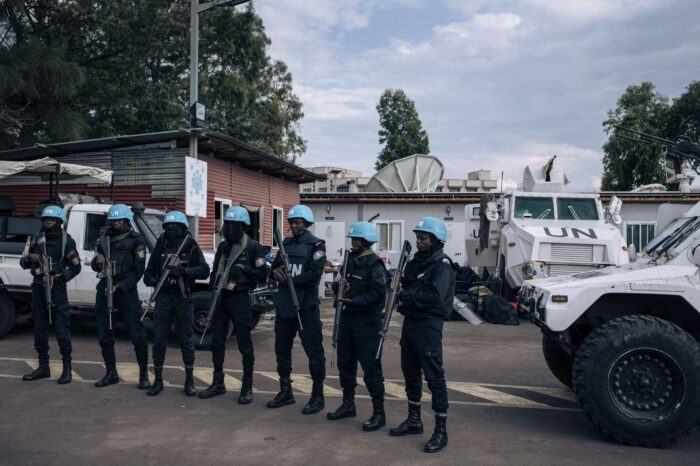 Regional force ready to replace Monusco without its mistakes