Rwanda has issued a strong-worded statement signed by the governor of the Western Province, Francois Habitegeko,refuting widely circulated accusations that the Rwanda Defense Forces backed the latest M23 attacks in Tshanzi and Runyoni in DR Congo on March 28.

Gen Sylvain Ekenge, spokesman for DRC’sNorth Kivu governoralleged in a media statement that two Rwandan soldiers were arrested in the attacks early Mondayin the northeastern regionand accused Rwanda of conspiring with M23 rebels.

In his statement, Mr Habitegeko, called the accusations “baseless” and said that the country is not by any means involved in the “belligerent activities across the DRC”.

The statement explains that the two names given by Gen Ekengeare the same ones under investigation by theRwanda and DRCJoint Intelligence Teams (JITs following the decision to probe them made at a bilateral meetingon February 25, 2022, in Kigali. It added that the DRC was not supposed to interrogate the soldiers.

“The RDF does not have any member mentioned by the DRC official. This is an attempt to manipulate the opinion by presenting two individuals arrested under obscure circumstances more than one month ago as elements captured in the attacks on Monday, March 28,” the statement added.

This is the third time since October 2021 that the Congolese armyhas accused Rwanda of supporting the M23 in attacks against its positions in the Rutshuru territory.

In December 2020, a report by a UN group of experts on the DRC indicated the presence of the Rwandan Defense Force in Congo and their military operations in the country. Both DR Congo and Rwanda denied it.

In November 2021, top Rwandan and DR Congo military officials met in Kigali to assess the mutual efforts to prevent negative forces operating “along our borders in a bid to strengthen our relationships towards the mutual development of our people,” and discuss “plans between our countries to deal with terrorist groups and other transnational threats.”

The meeting was convened after RDF refuted media reports and by officials in the region that ex-M23 rebels who crossed into DR Congo and attacked and occupied the villages of Tshanzu and Runyoni originated from or retreated to Rwanda.

Political analysts have observed that the M23 incident is one of the setbacks Rwanda and DR Congo will likely continually face as they work on developing neighbourly relations. 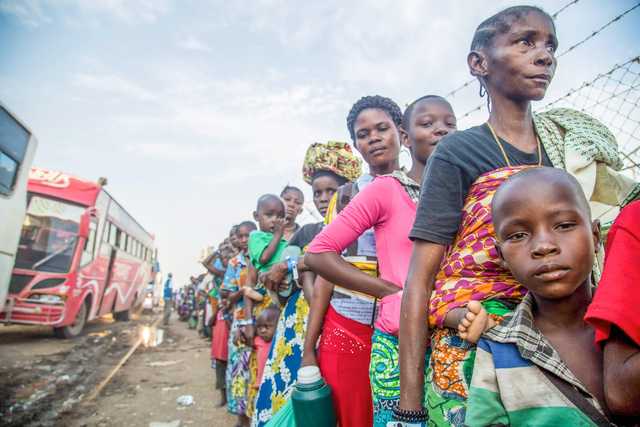