Back-to-back deals with Qatar and the United Arab Emirates in the past two weeks have added more weight to Tanzania’s latest crusade to leverage its historical Middle East connections for better trade and investment exchanges but reignited concerns about persistent reports of mistreatment of domestic workers.

Finance Minister Mwigulu Nchemba was in Dubai on September 28 for a deal on double taxation that sets to establish a more conducive platform for new foreign direct investments engagement between the two countries.

This was followed a week later with a memorandum of understanding between the chambers of commerce of Qatar and Tanzania that was personally overseen by President Samia Suluhu while on a working visit to Doha.

The two pacts are set to open up new avenues for the Samia administration to further its international economic diplomacy agenda.

In terms of labour relations, the Qatar agreement was of particular interest because it came on the back of recent talks regarding the current status of an employment agreement between the two countries dating back to 2014.

It highlighted what it described as “abusive visa-sponsorship rules” and gaps in Tanzania’s own policies regarding labour exports.

The two countries agreed on the establishment of a dedicated visa centre in Tanzania to determine the suitability of Tanzanians applying for jobs in Qatar. Once it is in place, the centre will join others India and the Philippines which provide the bulk of Qatar’s expatriate workforce.

While attending the Expo Dubai festival in February, 36 bilateral MoUs were signed with UAE for investments totalling $7.49 billion in the energy, agriculture, tourism, infrastructure and transport technology sectors.

The MoUs also outlined an estimated 200,000 new job opportunities over a four-year period. On the sidelines of the festival, President Samia also urged UAE and other participating countries to provide Tanzanian students with scholarships and other study opportunities like student exchange programmes.

Others were a $500 million deal for Dubai-based logistics firm DP World to install better ICT systems and other infrastructural improvements at Tanzania’s Indian Ocean ports and another for UAE renewable energy firm Masdar to oversee the development of up to 2 gigawatts of renewable energy in Tanzania.

To address the thorny labour problem, the Tanzania embassy in Muscat has also recently introduced strict guidelines requiring Oman employers intending to employ Tanzanian citizens to do so only through approved private recruitment agencies.

“It is emphasised that authorities in the Sultanate of Oman will not cancel visas or transfer sponsorships of Tanzanian workers without a clearance certificate from the embassy,” the embassy said in a public notice which it has also posted on its website. 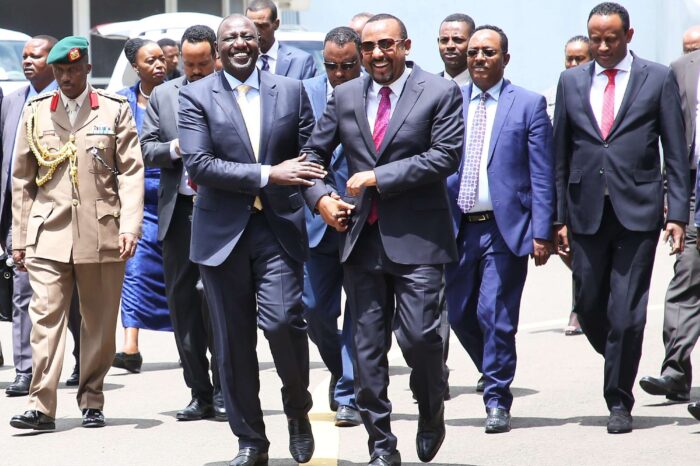 Ruto navigates EAC muddy waters, but he has a grand trade plan