Floods caused by heavy rains swept parts of DR Congo’s capital Kinshasa on Tuesday, in one case killing nine people when their home collapsed, an AFP reporter saw. The AFP reporter saw the bodies of nine members of a family who had died after the collapse of their home in the Binza Delvaux district.

While the official death toll from the floods is yet to be declared, in some areas, chiefs said they had recorded 15 deaths, while in others, mayors said they had already recorded 40 deaths. The most affected neighbourhoods are Mont-Ngafula and Bandalungwa, Kintambo and Ngaliema.

The compilation of different testimonies from the mayors of the 24 zones of Kinshasa indicates that the number of deaths could reach 100.

Walls of houses collapsed, children disappeared and some bodies were found under water while several neighbourhoods reported deaths.

Major roads in the centre of Kinshasa, a city of 15 million people, were submerged.

The national Highway 1 has been cut off, preventing movement of vehicles between Kinshasa and the province of Kongo Central, the entry point for several foodstuffs into the capital. Images circulating on social media showed a landslide in Mont-Ngafula district, cutting off the highway, which is a key supply route linking the capital with the Atlantic Ocean port of Matadi.

Floods also inundated streets in the up-market government district of Gombe, which houses ministries and embassies.

Located on the Congo River, Kinshasa has seen a huge population influx in recent years. The vice-governor of Kinshasa, Gerard Mulumba, called on the residents of Kinshasa to remain calm while waiting for a solution from the authorities.

Many dwellings are shanty houses built on flood-prone slopes and the city suffers from inadequate drainage and sewerage. In 2019, around 40 people died in floods and landslips.

Prime Minister Jean-Michel Sama Lukonde and the governor of Kinshasa, Gentiny Ngobila, were Tuesday afternoon still touring the flooded neighbourhoods to assess the extent of the damage and give the official death toll. 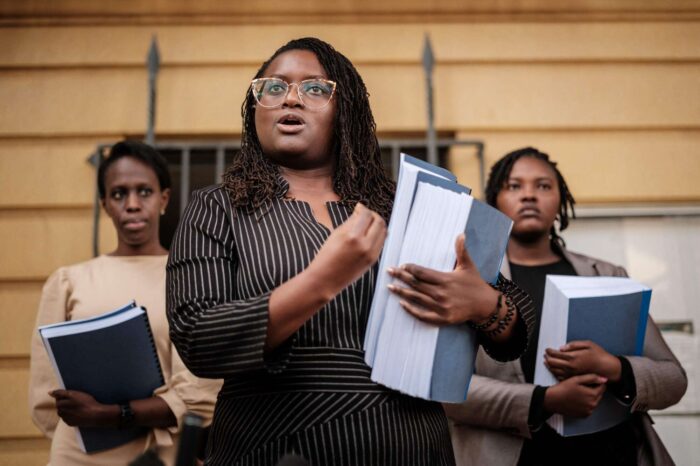