Somalia Prime Minister Hamza Barre on Tuesday broke with tradition and named a former Al Shabaab leader in his Cabinet in what could signal a turn in counter-terrorism policy.

Mr Barre named Mukhtar Robow, a former deputy leader of the militant group al-Shabaab, two years after he was placed under house arrest.

Mr Robow will now be Minister for Endowment, Religious Affairs and Counter-terrorism Ideology. He will mostly be in charge of dissuading the youth from joining al-Shabaab based on religious convictions.

“I have selected men and women on the basis of their capacities, effective service delivery and integrity,” said Mr Barre at a short ceremony in Mogadishu on Tuesday.

“I am looking forward to Parliament endorsing my lineup,” he added.

His Council of Ministers consists of 26 men and women, including politicians and former senior government officials.

The list was read by the government spokesperson Farhan Mohamed Jumale, and included Ahmed Moalim Fiqi as Interior Minister, Abshir Omar Haruse to head the Foreign Affairs docket and Mr Robow as Minister for Religious Affairs.

The former militanthad been under house arrest since early 2019 after attempting to run for the South West state presidency, which was won by his opponent Abdiaziz Hassan Mohamed Laftagreen.

At the time, the Somalia spy agency, NISA, said he had not met all the conditions set for defectors from the group as the reason for his detention. According to a report by the UN Panel of Experts on Somalia, his supporters protesting the arrest were crashed by Ethiopian forces serving in Amisom.

Mr Robow had defected to the government in 2017 after falling out with other Shabaab faction leaders.Over a decade ago, he had told the media in Mogadishu that he was lucky to have been one of the few Somalis trained in Al-Qaeda camps in Afghanistan and that, on one occasion, he shook hands with Osama bin Laden, the then leader of that group.

After his unanimous approval by Parliament as Prime Minister on June 25, Mr Barre told the legislators that he would form an inclusive Cabinet. He added that his policies comprised government priority issues such as security, the justice system, the ongoing drought, reconciliation and talks with the self-declared independent state of Somaliland.

But he has extensive knowledge of religion and is a prominent religious scholar in his home district, Hudur in Bakol region, and in the capital Mogadishu. He studied Islamic law in the 1990s at the University of Khartoum in Sudan.

He later became a leading figure in the Union of Islamic Courts (UIC, a network of Islamic groups that challenged the secular leaders of Somalia in the mid-2000s, particularly against the Transitional Federal Government led by Col Abdullahi Yusuf, whose administration was constituted at the end of the Somali reconciliation conference in the Kenyan capital Nairobi in 2004.

The UIC is often seen as the precursor to Al-Shabaab as it is its extremist wing that broke off and formed the militant group.

The emergence of the most extremist group in Somalia saw it wage incessant war against the internationally recognised and supported government, including attacks in neighbouring Kenya, Ethiopia and Uganda.

In June 2013, he fell out with Godane and retreated to Bakol, where he stayed for five years before surrendering to the government in August 2017.

The United States consequently removed him from its blacklist, Reward for Justice, where a $5 million bounty had been placed on him in 2012.

His fortunes, however, changed when he was barred from seeking public office in South West state. This led to his capture in Baidoa town, the interim capital of South West, and subsequent detention in Mogadishu.

On social media, some said that Mr Robow’s appointment reflects Somali President Hassan Sheikh Mohamud’s promise that his government would fight terrorism on two fronts, the army and religion.

A social media user summed up Mr Robow’s rise as having come from terrorism to prison and from prison to power.

Although religion is often cited as the main influence for joining al-Shabaab, research has also shown that marginalisation and lack of economic opportunities play a role. 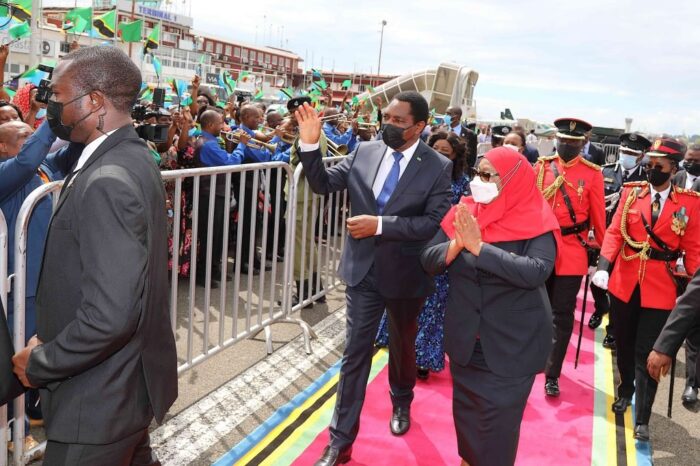