Somalia’s controversial army trainees in Eritrea appeared for the first time in public, three years after a scandal emerged about their recruitment.

The soldiers were photographed at a parade on Saturday with new President Hassan Sheikh Mohamud, who is touring Eritrea on a four-day trip laden with political significance.

Mr Mohamud is in Asmara for talks with his counterpart Isias Afawerki. The two were seen at the training ground of thousands of Somali youth recruited under the administration of his predecessor President Mohamed Farmaajo for training in Eritrea.

And when Mr Mohamud returned to the presidency in May, there were questions on how the two countries would relate, following claims the Somalia troops had taken part in the Ethiopian war against Tigray rebels alongside Eritrean soldiers. Both Asmara and Mogadishu have rejected the allegations.

Reports indicate that about 5,000 cadets were taken to Eritrea for military training three years ago. However, their stay in Eritrea had become a bone of contention for Mr Farmaajo’s governmentwhen politicians, especially the opposition, said that parents were lamenting that their sons were missing.

The parents staged protests in Mogadishu saying Somalia’s federal government recruited their sonsfor jobs in Qatar, only for themto surface in Eritrea, where they were sent for military trainingagainst their will.

The matter worsened when the UN Human Rights Council said that Somali soldiers fought alongside Eritrean forces that crossed the border into Ethiopia to fight the rebel Tigray Peoples’ Liberation Front (TPLF.

President Farmaajo’s government rejected the accusations. In June 2021, former Information minister Osman Abukar Dubbe denied the reports, saying no Somali soldiers fought or died in the Tigray war. “There are no Somali troops inside the troubled region (of Ethiopia,” he said.

Mr Farmaajo handed over the presidency to Mr Mohamud at Villa Somalia, the presidential palace, on May 23. During the ceremony, he announced that the 5,000 soldiers had completed training in mid-2021 in Eritrea. He said they could be deployed to liberate parts of Somalia still controlled by the Al Shabaab terrorist group.

“My brother, 5,000 soldiers had been trained in Eritrea. I assure you they will help your government overcome security problems…they are ready, and you can bring them home anytime,” he said.

He added his government could not repatriate them due to the political tensions at the time.

While in Eritrea, President Mohamud is expected to conclude bilateral talks with his host.Somalia – which once accused Eritrea of supporting Islamist rebels – now has friendly relations. The two countries and Ethiopia have been drawing closer together since 2018 when Abiy Ahmed became the Prime Minister in Addis Ababa and extended an olive branch.

Since assuming office in late June, President Mohamudhas visited the UAE, Turkey, and now Eritrea as part of his efforts to widen the Horn of Africa country’s international relations. 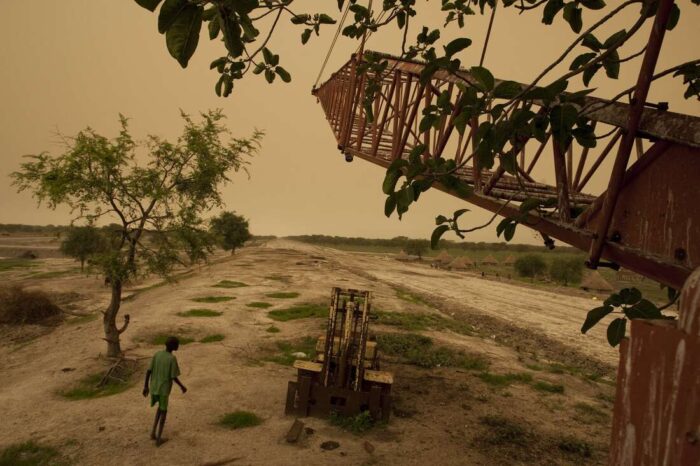