Somalia’s Prime Minister nominee Hamza Abdi Barre, 48, may have been a surprise considering he hails from Jubbaland, but he and President Hassan Sheikh Mohamoud go way back before they both joined politics.

Moments after President Mohamud presented him at the Villa Somalia, asking parliament to endorse him as the 21st Prime Minister, old photos emerged of the two. They had worked together and back then both were supporters of the Union for Peace and Development (UPD party.

“I trust that Hamza Abdi Barre has the relevant knowledge and competence to lead the executive branch of the Federal Republic of Somalia,” said President Mohamoud of his nominee.

When Mohamoud was first elected president in September 2012, most UPD stalwarts vied for government positions, parliamentarian or ministerial. Barre remained the secretary-general of the party then simply known as Peace and Development Party (PDP. When PDP was later renamed UPD Party, Barre remained loyal to the party, having Mohamoud again as his party chairman.

Barre and Mohamoud’s association goes back to when both pioneered the revival of Somalia’s education sector, following the collapse of the dictatorial rule of Gen Mohamed Siad Barre.

Both Mohamoud and Barre participated in the revival of schools and higher education institutions as well as education networks.

While Mohamoud formed the SIMAD University in Mogadishu, Barre who attained his university education in Yemen and Malaysia, co-founded Kismayo University in Lower Jubba region, 500km south of Mogadishu.

Read:Return of Mohamud to Somalia presidency

Mohamoud was first elected to the Lower House of parliament in 2012 before being elected president. Barre on the other hand remained a PDP party member and later in UPD, but was finally elected a legislator in Kismayo when the indirect elections started in Jubbland State in December 2021.

Mohamoud who was defeated in 2017 by Mohamed Farmaajo was able to exact revenge on his tormentor this time.

Until Wednesday evening, speculation was rife on whom President Mohamoud would pick as his prime minister. Two state leaders, from Jubbaland and Puntland, both of the Darood clan were certain to be the president’s top choices of premiership. Most speculators put their bet on a candidate from Puntland.

Against all odds, the newly appointed PM Barre is from Kismayo town, Jubbaland, where he worked over the past decade both as an educator and administrator. He was active during the election of Jubbaland president in August 2019.

Being the chairman of Jubbaland Independent Boundaries and Electoral Commission, his direction resulted in the re-election of Ahmed Mohamed Islam Madobe.

A commentator at Kulmiye Radio, an independent broadcaster in Mogadishu, recalled that Barre was instrumental in the re-election of Mohamoud, having arduously campaigned especially wooing his co-legislators from Jubbaland.

Mr Sadik Ahmed Bihi, a civil society actor operating in many parts of Somalia, told Nation on Wednesday that the new PM can utilise his experience in the education network to serve the people in this country.

“We (Barre and Bihi have been associates in the education circles in Somalia over two decades, gaining the impression that the Prime Minister-designate is a capable person with a humble desire to serve his people,” remarked Bihi.

Osman Abshir Nur, a former University classmate of Barre at the University of Science and Technology in Yemen and Chairman of Tadamun Social Society (TASS, told The EastAfrican that the newly-appointed premier had an enormous focus for learning.

“Considering his fondness for learning and educating, he can perform the premiership well,” said Nur, adding that Barre’s 10 years involvement in politics, especially administering a political party is an added advantage. 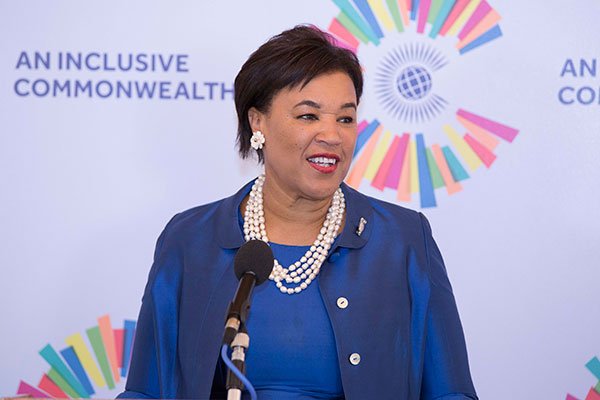