On the day Somalia’s onslaught on Al-Shabaab gained new ground after forces seized Runirgoud town, the last bastion of the extremists in Middle Shabelle, government officials also cracked down on journalists who reported re-emergence of extremist fighters in previously seized towns.

The town, some 240km northeast of the capital Mogadishu added to the recent victories celebrated by the Somali National Army (SNA and collaborating village vigilantes.

And according to Gen Abdullahi Ali Anod, the spokesman of Somalia’s Ministry of Defence, a contingent of the SNA supported by local vigilantes captured Runirgoud from Al-Shabaab in a vicious battle on Thursday.

But the morale-boosting gains were immediately tempered with reports officials in the same federal state of Hirshabelle had cracked down on a media house and shut it for reporting on the re-capture of some territories by Al-Shabaab.

On Thursday, Hirshabelle police forces attacked the Hiranweyn radio station, an independent radio station around Beledweyne. And according to a statement by the National Union of Somali Journalists (NUSOJ, the police ordered the shutdown of the radio station and arrested the programme producer Mustaf Ali Adow and news anchors Abdirahman Moallim Muse and Abdimajid Abdirahman Adan, and Kafi Osman Idow, the editor of the station.

The order had come from the governor of Hiran region Ali Jeyte Osman who was acting on the orders of Hirshabelle President Ali Abdullahi Hussein Gudlawe.

The station had reportedly angered authorities for reporting that fighters from Al-Shabaab had resurfaced in some of the liberated areas in Hiraan region which infuriated state President Gudlawe who had used this week’s cabinet meeting to demonstrate a liberated state, especially in Middle Shabelle and Hiraan regions of the federal state.

The four journalists were freed Friday morning without charge and the station allowed back on air. But NUSOJ says the incident demonstrated that journalists were still operating at the mercy of authorities in Somalia, amid the battle to defeat al-Shabaab.

“Journalists are natural allies for peace and stability anywhere in the country and reporting on a newsworthy story is not a crime that warrants such unacceptable raid, shutdown and arbitrary arrest of journalists,” said NUSOJ Secretary-General Omar Faruk Osman in a statement.

“It clearly reflects that Hirshabelle administration carried out a targeted attack to curtail media freedom. The war on terrorists must not be turned into a war on journalists who have a responsibility of telling the facts and enabling people’s right to know even if this information makes politicians uncomfortable.”

Having seen similar action in Galmudug State, NUSOJ warned federal member states not to copy similar oppressive actions as the campaign against Al-Shabaab continues as this will have far-reaching and ruinous effects on media freedom and subsequently on Somalia’s transition to democracy, peace and stability.

“Reporting on a newsworthy issue from any newsmaker is a legitimate media work and the decision to report is exclusively up to the journalist and the editorial team without interference or intimidationfrom the authorities.”

Somali President Hassan Sheikh Mohamud has been encouraging civilians to take up arms and volunteer to support the Somali National Army to push back against Al-Shabaab. And vigilantes have emerged in states like Hirshabelle, Galmudug and South West to join the fight. 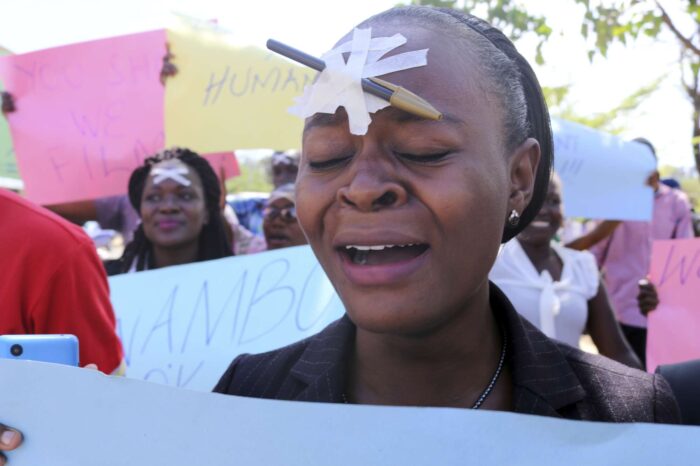