Somalia’s federal government is quickly realising just how potent an information war with the militant group al-Shabaab is, weeks into the historic battle that has included vigilantes backing national forces.

But that now means the media, central to the correct narrative against violence extremism are being seen as crucial the way they report.

Last week, the Information and Communication Ministry fingered several news websites and one TV channel for spreading al-Shabaab ‘propaganda.’ Some 30 other media outlets were warned but the general ‘ban’ is that journalists should report on the positive results of the national army, avoid endangering the positions of the national forces to the benefit of al-Shabaab and not to re-broadcast Shabaab statements in the media.

Some media lobby players, however, see that as problematic. The National Union of Somali Journalists (NUSOJ says that while it supports war on terror, Somalia should not sacrifice freedom of press.

“The media [are] very vital in telling the story of what is happening because the public needs to be informed. That is why we need factual reporting without promoting disinformation and misinformation,” said Omar Faruk Osman, the NUSOJ secretary-general.

“What we need is peace and stability in our country. That is what will create safety for our journalists,” he added.

“The people need to know the truth, and the truth needs to be protected,” he said.

“The media [are] key in providing that protection by conveying factual information to the wider public. Somalia cannot continue to be in a situation that it is now.”

Al-Shabaab, a remnant of the defunct Union of Islamic Courts in 2007, have morphed from military combat to targeting civilian sites. Affiliated to terror group al-Qaeda, the militant group also knows the power of the media, or its threat. In the last 15 years, 79 journalists have been killed in Somalia, most of them assassinated by al-Shabaab. Most of them had been warned by the group for ostensibly reporting negatively on its operations in Somalia.

NUSOJ said journalists need to be encouraged to see the sense for peace and stability, rather than being railroaded to avoid reporting on certain aspects of the country.

Somalia has justified the stance on Article 10 of Somalia’s (provisional constitution that safeguards “the social stability and integrity”.

Al-Shabaab, however, have hilariously also ‘banned’ the media from reporting on government operations, which means journalists may routinely be targeted for reporting on the national forces’ successes.

“We are hereby warning all the media houses (operating inside Somalia against joining the war against Sharia (Islamic laws,” read a Shabaab Bayaan (a declaration last week.

“Any media that intentionally sides with the (Somali government will be considered as part of the aggression (against us – Al-Shabaab,” it added, insisting that the journalists should be neutral and ‘fair’.

Battle on media control not new

But the battle on media control is not new in Somalia, even though journalists are routinely harassed or threatened by operatives from both government and militant groups.

In the meantime, the federal government has rejected accusations from rights groups such as Amnesty International that it was harassing the media. Instead, it says it is pursuing national security for everyone.

Mohamed Abdiwahab of Somalia Media Association (SOMA told the media on Thursday last week that the media fraternity will pay full attention on the development, saying “We shall keep eye on the case.” 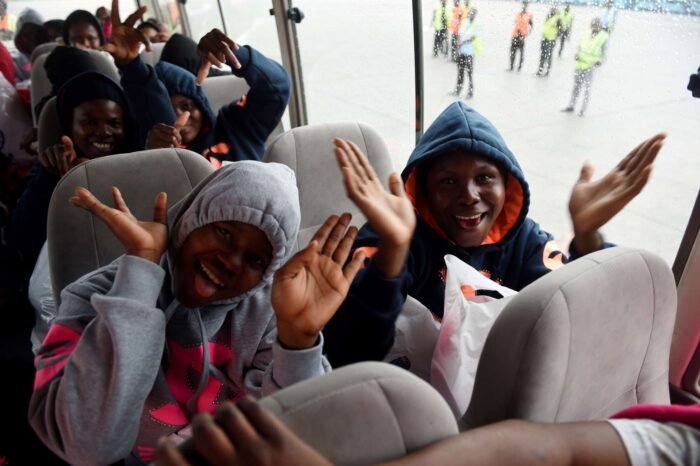 679 Nigerians stranded in Dubai and Libya arrive back home