Spare the children from war, Uhuru pleads as he visits DRC’s Goma

Former Kenyan president Uhuru Kenyatta Tuesday went close to the conflict zone in Goma and Rutshuru in DR Congo’s North Kivu, where he pleaded with fighters to end the war as he met displaced people escaping from the fighting.

Mr Kenyatta, who is a mediator for the seven-nation East African Community, was invited to the Joint Operations Coordination Centre before taking the road to Rutshuru, which is lined with IDP sites.

The former head of state was shocked by the situation he witnessed and strongly denounced the humanitarian crisis facing the people of North Kivu.

“All these children, mothers and old people we have seen have become strangers in their country. Whatever our differences, let us have pity on them and stop the war before we start talking,” he said in an emotional appeal.

Mr Kenyatta spoke to the displaced warriors who complained about the precariousness in which they are living.

“What I have seen is a catastrophe, what I have seen will be a humanitarian disaster if we are not careful. This war must be stopped immediately,” urged the former head of state.

Many families are arriving every day from Rutshuru, particularly from the Kibumba and Muhumba groups, and are staying in schools, churches and public spaces in Nyragongo territory in North Kivu.

According to Constant Ndima, the military governor of Goma, there are an estimated 38,440 displaced people including children. Since the beginning of the clashes, more than 200,000 people have already fled their localities.

On Tuesday, hundreds of people poured into Goma, following the panic created by a false alarm that announced the presence of rebels in the city. 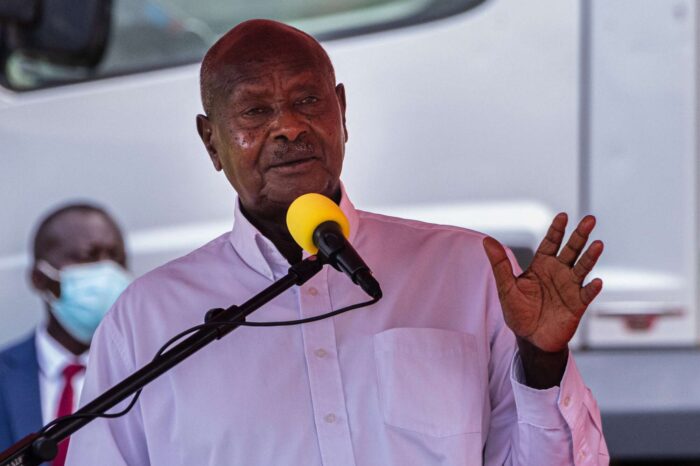