Sudan claims seven of its soldiers and a civilian were “executed” by the Ethiopian military after holding them captive.

In a statement on Monday, Sudan’s army said it was riled by the decision to parade the bodies in public and vowed to respond.

“This treacherous action will not go unanswered, and [we] will respond to this cowardly behaviour,” the statement reads.

The Sudanese army said the act “contravenes all laws and customs of war and international humanitarian law.”Brig-Gen Nabil Abdullah, the Sudanese army spokesperson, said the Ethiopian army acted “with all contempt.”

Sudan’s junta leader Lt-Gen Abdel Fattah Al-Burhan, visited the border Al-Asira area in southeast Gedaref state, where the soldiers and a civilian are said to have been taken captive. Some military leaders accompanied him.

The soldiers are said to have been guarding the area during the planting season. Farmers and pastoralists often clash in the fertile porous border area claimed by the two neighbouring countries.

Tensions have risen in recent years, souring relations and heightened by war, which erupted in November 2020 in the northern Ethiopia region of Tigray, forcing an influx of refugees into Sudan.

Khartoum and Addis Ababa have since been locked in a tense war of words, trading accusations of violence and territorial violations.

The border dispute feeds into wider tensions in the region, including over Ethiopia’s controversial Blue Nile dam.

Sudan and Egypt, both downstream countries, have been opposed to the Great Ethiopian Renaissance Dam and are pushing for an agreement over the filling of the reservoir and the operation of the dam. 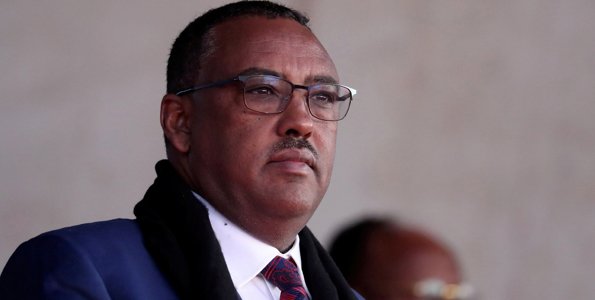