Sudan’s Ministry of Justice has rejected claims it impeded investigators from the International Criminal Court over a list of wanted persons by the world body.

Instead, the Ministry on Thursday said the Prosecutor of the International Criminal Court, Karim Khan, had not submitted any request to meet the wanted persons on his current tour of the country. A number of persons are wanted for war crimes and crimes against humanity for the conflict in Darfur.

The Ministry of Justice, as the main channel of communication, indicated that it “received a request in June from the ICC to meet the wanted persons, which was responded to at that time and the office of the Prosecutor acknowledged this.”

The Sudanese ministry clarified that it had “received a number of requests for assistance from the court in the past, and all of them were responded to…Sudanese authorities cooperated with the ICC to achieve justice.”

Mr Khan stated during his briefing to the UN Security Council on Tuesday that Sudanese authorities prevented the court’s investigators from reaching the wanted persons.

Khan, however, said Sudanese authorities had cooperated on the Darfur issue, praising the officials for facilitating the ICC delegation’s mission.

Khan met with the head of the military junta in Sudan, Abdel Fattah Al-Burhan, and said he received strong promises regarding cooperation with the court in future.

However, Khan also said that there were some technical deficiencies and obstacles the court faced in its work, adding that “what he found of cooperation with the Sudanese authorities is enough to address this.”

The ICC indicted several people in Sudan 17 years ago, including former leader Omar al-Bashir, who is now in jail for corruption but has never appeared before the ICC to answer charges.

“We must all cooperate because the people of Darfur [that] I met are living a miserable life, and we must act vigorously and put our humanity first,” Khan said on Wednesday.

This week, a delegation of the International Criminal Court, headed by Khan, conducted a field visit to Darfur (west and held meetings there with officials and citizens in displacement camps.

The ICC has since requested to open an office in Sudan, indicating that it was necessary for the court to have a field presence in the Sudanese territory.

The court is looking into the case of crimes committed in the Darfur from 2003, which claimed the lives of more than 300,000 people and led to the displacement of about 5 million others, most of whom are children, women and the elderly, according to UN estimates.

Khan’s visit, his second to Sudan, comes at a time when pressure is increasing for the extradition of ousted leader Omar al-Bashir and a number of his aides wanted by the Criminal Court, after they were accused of committing war crimes in Darfur. 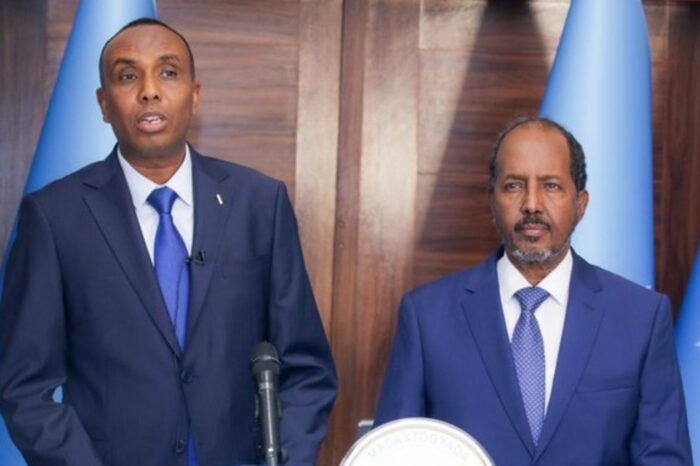