If Democratic Republic of Congo President Felix Tshisekedi has ever dreamt of lifting a magic wand to have M23 rebels and Congolese Tutsi instantly vanish from his country’s territory, the mini-summit in the Angolan capital Launda last week might have been the closest he’ll ever get to realising such a dream.

It was a heads of state summit’ communique which read as though it had been written by some bored Congolese populist on Twitter, living on welfare in Brussels who’s never set foot in eastern DR Congo.

Essentially, the Luanda mini-summit stipulated that:

•M23 would withdraw from all seized territories and retreat into their initial positions.

•The relinquished territories would be taken up by a buffer regional force led by Kenyan troops, who form part of the East African Community Regional Force (EACRF.

•The Rwandan genocidaire forces in DR Congo, the Democratic Forces for the Liberation of Rwanda (FDLR would then be disarmed and repatriated.

It pains to say that nothing from that communique will be implemented, mainly because none of the recommended actions are realistic. For starters, the five days’ ultimatum to M23 was not feasible. At the time of the communique, in which warring parties were called to a ceasefire, fighting was ongoing in Kichanga, Masisi territory, and the 1,000 troops Kenyan contingent is too small to man a territory twice the size of Rwanda.

Not a total waste

That said, although Luanda wasn’t the turning point we all weren’t expecting, it wasn’t a total waste of time either. By asking M23 to relinquish Ruchuru and return to its initial positions, Tshisekedi unwittingly admitted for the first time that M23 did not come from Rwanda, that they were always within Congolese forests – and they listed them: Bigega, Bugusa, Nyabikona, Mbuzi, Rutsiro and Nkonkwe. The second takeaway from the summit was the admission of the threat posed by FDLR.

The rest of the communique was meant to appease the Congolese hoi polloi – and that too is a first. I suspect that following the episodes in August this year, when angry mobs looted Monusco headquarters in Goma and Beni in reaction to its spokesperson’s declaring that the UN body had no proof of Rwanda’s support to M23; and that the Monusco had no force, strong enough to face M23, it seems the international community seems to have agreed with Tshisekedi to “protect the Congolese from the truth,” so to speak, to avoid further attacks on, say the American and French embassies and the UN headquarters in Kinshasa. Also, to de-escalate the possibility of UN forces having to open fire on Congolese mobs attacking them.

Indeed, to appease the masses, the honest Monusco spokesperson was given 48 hours to leave the country, while the Rwandan ambassador who insisted his country wasn’t supporting any militia in DR Congo suffered the same fate.

The Monusco elements returning from a rest and recreation and shot in self-defence and killed Congolese mobs charging at them at the border with Uganda, were repatriated and the incident silenced.

The issue with this new theatrical approach is that if negotiators keep-up the smokescreen, they’ll lose all legitimacy.

Is it necessary to remember that M23, which stands for “Movement of March 23, 2009”, refers to peace accords signed on that date between its ancestor the National Congress for the Defence of the People (CNDP and Kinshasa.

On November 20, 2012, M23 took control of Goma, and was asked to relinquish it in exchange for the implementation of its grievances captured in said accords.

The M23 movement has its roots in the “Banyarwanda question.” Communities of Rwandan ancestry, speaking Kinyarwanda and practicing the Rwandan culture, are estimated to number 40 million, all located in the Great Lakes region. Only 13 million of them are Rwandan citizens. The majority are Ugandan citizens and the rest are located mainly in Burundi, DR Congo and Tanzania. The presence of Banyarwanda in those areas predates both colonialism and African borders, and their Congolese nationality is a consequence of the division of Africa at the Berlin conference on 188-1885.

When the Rwanda Patriotic Front (RPF was fighting for the return of Tutsi refugees to Rwanda in the 1990s, the government in Rwanda brought in the question of their citizenship. To then president Juvenal Habyarimana, the Tutsi had no place in Rwanda and were to be “sprinkled” across countries of the region. Today, Congolese are saying the same thing.

But Tutsi aren’t spices that are to be peppered into other communities and expected to shrink into oblivion. That is what the 1994 genocide perpetrators in Rwanda wanted. Tutsi are a community with an identity and one of the oldest cultures in the region. They trace their ancestral homestead in this region and in current DR Congo since the seventeenth century. It is uncanny that the colonisers’ Berlin Conference of 1884/1885 should be the prism through which Africans interact with one another in this day and age.

Tshisekedi’s request for M23 to withdraw to their initial position has the hallmarks of FDLR leaders written all over it, straight from Habyarimana’s disastrous playbook of the 90s. 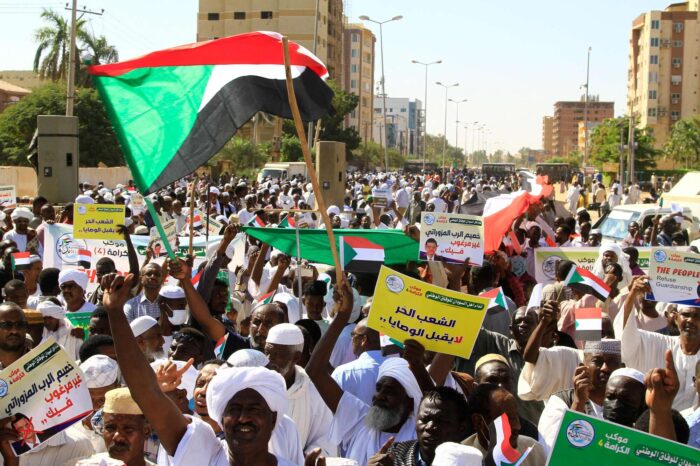