The administration of Kenya’s President William Ruto is shaping up, with Cabinet nominees buying into his regional agenda.

This week, a special committee of the National Assembly had by Friday, vetted more than half of the nominees. The team of 22 technocrats and politicians will take office once the National Assembly approves their nomination and formal appointment made by President Ruto. They defended the President’s policies, including easing movement of goods by reducing congestion on the major corridors.

Once approved and sworn into office, the new Cabinet is expected to tackle various challenges affecting East Africa’s largest economy.

Some of those challenges include drought which has claimed lives in parts of the country, high cost of living, insecurity and high cost of doing business.

Trade, Energy and Infrastructure nominees, who appeared before the 15-member parliamentary committee chaired by the National Assembly Speaker Moses Wetang’ula cited roles that are likely to spill over Kenya’s borders.

Trade, Investment and Industry CS nominee Moses Kuria said he would engage other trade ministers from Africa to have the African Growth and Opportunity Act (AGOA) extended by the USA.

The US will host the meeting of the sub-Saharan trade ministers and senior officials in December to discuss expanding trade and investment relations and implementation of the AGOA.

Kenya enjoys substantial duty-free access to the US market through the AGOA, a preferential trade programme for sub-Saharan African countries, but it expires in September 2025.

Kenya’s Trade, Investment and Industry CS nominee Moses Kuria. He said he would engage other trade ministers from Africa to have the African Growth and Opportunity Act extended by the USA. PHOTO | DENNIS ONSONGO | NMG

Mr Kuria is also expected to lead Kenya’s negotiations with the US government, which is seeking both bilateral and multilateral trade pacts with Africa.

Official data show that exports to the US jumped 47 percent to Sh38.8 billion in the first half of the year on the back of increased sales of clothes.  Mr Kuria’s immediate focus regionally is to resolve pending trade wars with neighbours Uganda over milk, sugar, poultry products among other issues.

Mr Kuria accompanied President William Ruto to Uganda and Tanzania where the issues of trade barriers were discussed.

“The Trade minister of Uganda told me something profound; that every week Uganda imports one million day old chicks from Kenya which eventually mature, how can you refuse eggs from your own chicken?” Asked Mr Kuria in a tweet after his recent meeting in Uganda.

Kampala’s list of imports from Kenya has been narrowing over the years as investors set up factories in the country to manufacture goods previously imported from Nairobi, including edible oils and cement.

When asked about the Export Processing Zones (EPZ), Kuria said the ministry will set up aggregation centres in every county to help locals to aggregate their exports saying that it will promote value addition and export.

On exporting Kenyan goods abroad, he said his ministry will increase trade attaches.

“We will increase trade attaches all over the world. They will be more than the ambassadors,” he said.

The ministry will go after manufacturers that have left Kenya and give them a plan for how to support their ventures.

About plans to exploit the EAC market, Kuria said the ministry will work to set up warehouses in key markets that will uniquely sell Kenyan products, adding that one will be in DRC.

On the issue of the rising prices of edible oils, he said the ministry will open up the market to allow smaller companies and individuals to be in a position to manufacture and import oil.

Transport and Public Works Cabinet Secretary nominee Kipchumba Murkomen says he will work with various agencies to set up a camera -backed e-police system that will be used to collect fines from traffic offences.

“We will deploy the Intelligent Transport System (ITS) and we’ll therefore have no need for the analogue way of dealing with discipline on our roads,” he said.

“As a result of the technology being used sometimes, even the internet being used. We will be able to work with the relevant ministries of Finance and the Kenya Revenue Authority to ensure they put in place modern technology for the clearance of goods,” said Murkomen.

“If I am approved, I will ensure that the Kenya National Highways Authority puts in place the latest technology to make sure the weighing of goods is expedited.”

For a long time, both Busia and Malaba border posts been characterised by endless queues of trucks extending as far as 25km along the Bungoma-Malaba highway, delaying the free movement of goods between Kenya and Uganda.

Murkomen proposed the construction of a parking place at the both Busia and Malaba border to ease the congestion.

Mistreatment of Kenyans in Gulf

He also promised to involve the Directorate of Criminal Investigations (DCI) investigate the deaths of Kenyans that have happened in the Gulf.

“It’s a shame that we’ve lost 85 Kenyans in the last three months, especially in Saudi Arabia. We need to send a message that no Kenyan will die overseas and the government does nothing about it,” said Dr Mutua.

There are also allegations of corruption levelled against some of the nominees.

Davis Chirchir, a former CS in the Ministry of Energy and Petroleum, was suspended in early 2015 over allegations related to printing of 2013 electoral materials in the infamous Chicken Gate scandal. He was later cleared by the Ethics and Anti-Corruption Commission (EACC).

“We must ensure we feed our power to the grid at the right cost,” said Chirchir.

Kenya currently has 3,100MW of installed capacity with renewable energy led by geothermal, wind, solar and biomass accounting for 81pc of generated power.

“We need to generate more from geothermal where we have more resources. We are told we have up to 10,000MW,” he added.

President Ruto unveiled his 22-person cabinet nominees on September 27, two weeks after he was sworn into office.

Only one Cabinet Secretary, Simon Chelugui, Kenya’s CS for Labour and Social Protection (and now Ruto’s Cooperative CS nominee), who served under the former administration was retained in the new line up. Dr Monica Juma, current CS for Energy was retained, but named as a National Security Advisor, a new posting at the same level as the Cabinet.

Cabinet nominees vetted so far have a net worth of about Ksh10.02 billion (about $82.5 million), with Prime Cabinet Secretary designate Musalia Mudavadi accounting for 40 per cent of the figure.

Sixteen out of the 22 CS nominees vetted between Monday, October 17 and Friday, October 21, are multimillionaires, with most of them attributing their wealth to investment property, salary in the civil service, investment in shares and savings.

The 14th nominee Mithuka Linturi, CS for Agriculture who was vetted on Friday claims to be worth Sh1.2 billion. 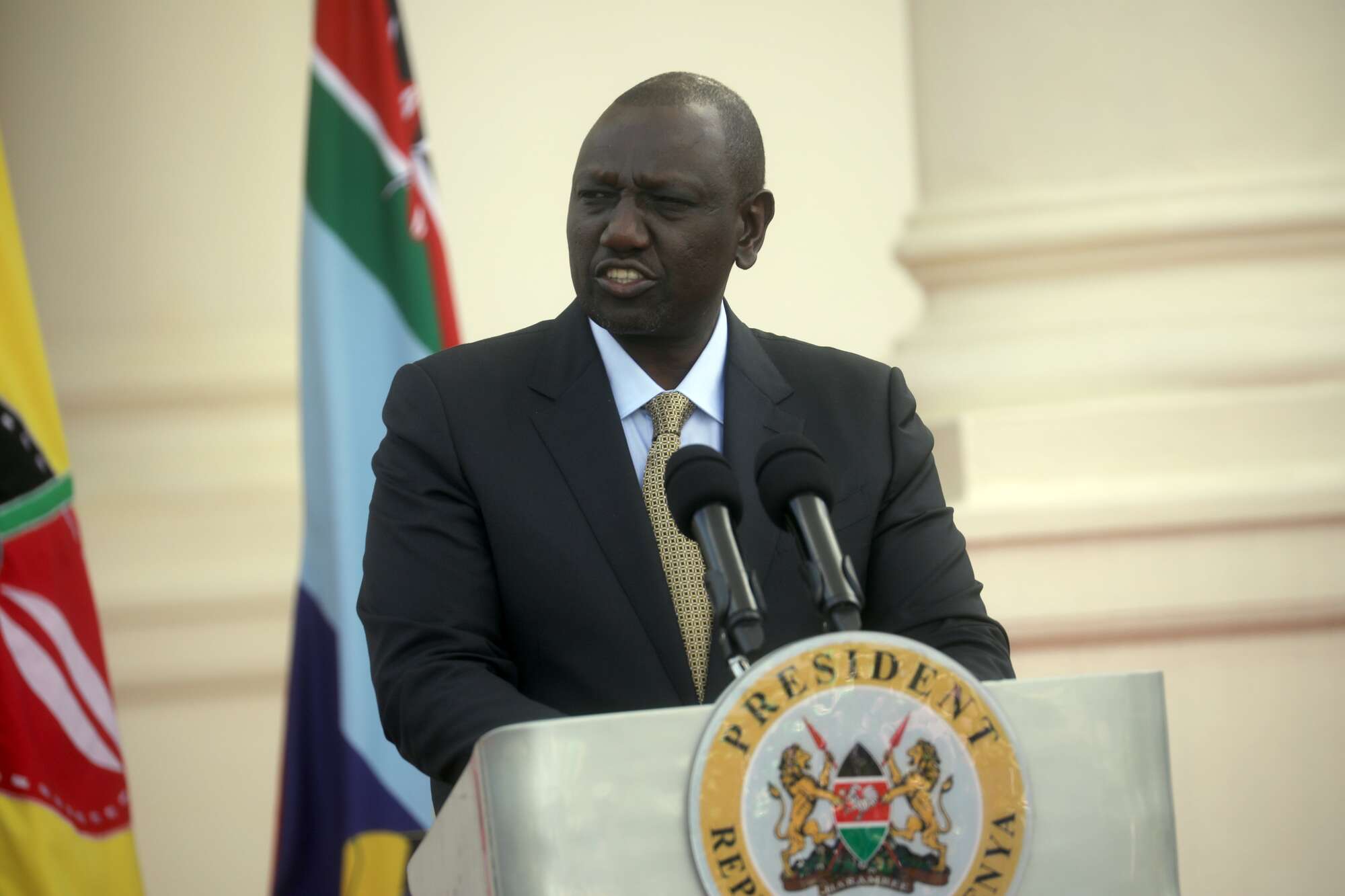 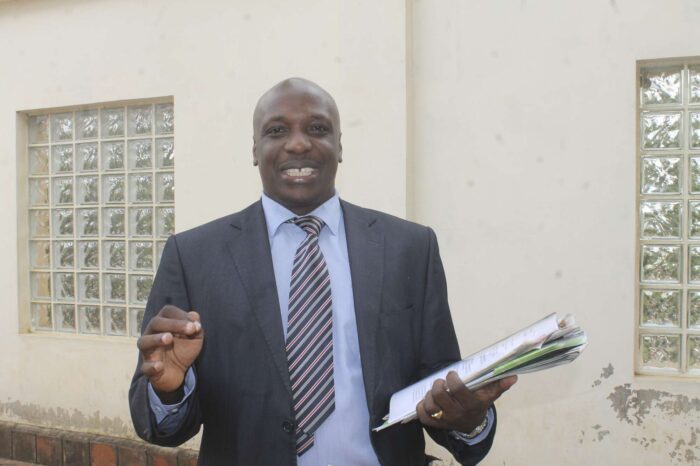