The Nigerian military has in three weeks killed more than 103 terrorists belonging to Boko Haram and Islamic State of West Africa State Province (Iswap groups in the north east.

DMO director, Maj Gen Musa Danmadami, said on Thursday in Abuja that 280 terrorists who surrendered together with their families comprising 29 men, 73 women and 148 children.

He gave the update of military operations conducted between December 1 and December 22 in the north east where more than 60,000 people have died since the insurgency started in 2009.

More than 2.1 million people have been displaced and more learners have dropped out of school while farming has been adversely affected and a lot of infrastructure destroyed.

The military, which had consistently reported that the terrorists have been decimated, also reported that the current operations have continued to record tremendous successes and had prevented criminals from executing major hits success except soft and vulnerable targets.

“The land and air components of the military tagged Operation Hadin Kai have continued to dominate their general area of operation as operational activities were conducted in villages, towns and mountain areas within Damboa, Bama, Gwoza and Konduga, Local Government Areas of Borno State,” Danmadami said.

“The large quantity of illegal crude oil and other petroleum products recovered and destroyed and the number of arrested oil thieves and pipeline vandals shows the unrelenting efforts by the troops of Operation Delta Safe in denying them freedom of action,” he said.

In the south east, Danmadami said the troops and other security agencies in the zone neutralised seven criminals, apprehended 25 others and rescued eight kidnapped civilians. 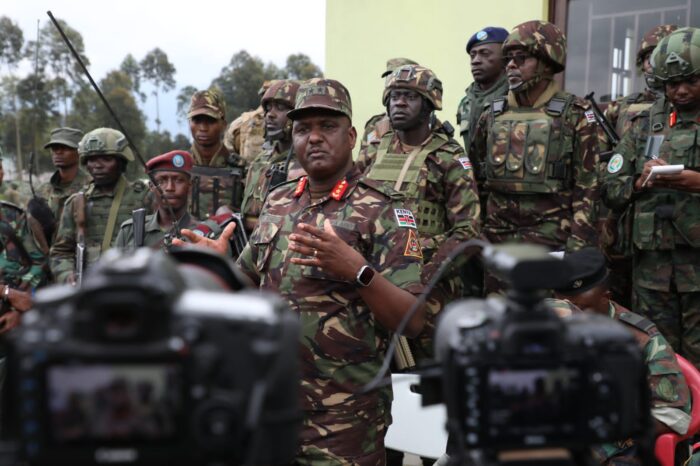 M23 agree to withdraw from Kibumba, cede territory to EACRF