Democratic Republic of Congo’s President Felix Tshisekedi is focusing on reforms within his own military as the latest attempt to bring under control the country’s security situation.

Last week, President Tshisekedi promoted the head of the presidential guard, Lt-Gen Christian Tshiwewe, as the new chief of general staff of the Armed Forces of the Democratic Republic of Congo (FARDC, replacing General Celestin Mbala, who had held the post since 2018.

President Tshisekedi also replaced the leadership of military intelligence, by appointing Maj-Gen Christian Ndaywel to replace General Delphin Kahimbi, who died in February 2020 under circumstances that remain unclear. The newly promoted military chiefs took up their duties and assumed command. It was only on Thursday this week that the new chief of staff was sworn in at Camp Kokolo, the Congolese army headquarters, in Kinshasa, before several army units and President Felix Tshisekedi himself.

This is the first major change made by the Congolese president in the army since he came to power. Until now, in spite of his pronounced security reform, President Tshisekedi had kept almost the same configuration left by former president Joseph Kabila.

“It was important to reconfigure the army. Today, we can say that the current FARDC General Staff is now in the vision of the Head of State. Before that, it was modelled in the eyes of former President Kabila,” he argued.

In the Democratic Republic of Congo, some analysts have long suspected that the army functions according to the rhythm of political quarrels, suggesting the disciplined forces often take sides in these disputes. When President Tshisekedi bickered with Mr Kabila, breaking down a coalition they created, state institutions including the army split.

In an earlier interview, the Congolese head of state said several organs in the Congolese army “still obey their former leaders,” referring to soldiers from different rebel groups who have been integrated into the army.

According to President Tshisekedi the aim of the reform in the army is to “separate the wheat from the chaff” in order to have an army that obeys a single leader and has a singular command structure.

According to the changes he is making, the government is to make a budgetary allocation of $1 billion to reform the Congolese army and all security services. The project has been endorsed by the Congolese government, but is awaiting parliamentary consideration.

So how will this help the insecurity in eastern regions of the country? In the past, President Tshisekedi turned three provinces and placed them under a state of siege, removed civilian leaders and appointed military chiefs as governors. It didn’t resolve the problem of massacres by rebel groups.

In a context of violence in North and South Kivu, and Ituri provinces, the new command has a threefold mission: “To reconquer the localities captured by the M23 rebels, to instil discipline in the troops and, above all, to remain loyal to the head of state at a time when politicians are trying to bring their quarrels into the army to use it for unmentionable purposes,” Kibel Bel told The EastAfrican. These three explanations are the reason President Tshisekedi is increasing reforms in order to avoid seeing a rebellion emerge from the army.

President Tshisekedi said “the reform that began will take time to produce results,” because the problems of the Congolese army are historical, dating back to the period when the power of President Joseph Desire Mobutu was weakening in the 1990s, due to economic, political and security factors.

As Mobutu’s Zaire faced a severe economic crisis, the economic and social fabric of all sectors of the country’s life deteriorated. The army did not escape this and the community conflicts attributed to remnants of the Rwandan genocide victims, and genocidaires, who fled into DRC, some of whom were armed.

The war that followed in 1996 and 1997 when Laurent Desire Kabila overthrew Mobutu in May 1997 made the situation worse, as Mobutu’s already weakened army had to undergo a purge by Laurent Kabila’s administration. Some of the soldiers either deserted the army, fled or were mistreated by the new masters, depriving the military of a crucial institutional memory and culture.

Laurent Desire Kabila, (Joseph Kabila’s father, struggled to form a professional army, and even he paid the price for lacking loyal soldiers. Several few months after coming to power, he had to face another war, started and supported by his former allies from Rwanda in 1998. He was later assassinated. His son Joseph Kabila, who succeeded him, had time to form an army and saw several agreements signed to integrate the rebels into the Congolese army. But four years after Kabila left, Tshisekedi believes that the multiple integrations of the rebels into the Congolese army have produced a “heterogeneous” army, which is weakened and in need of in-depth reform. 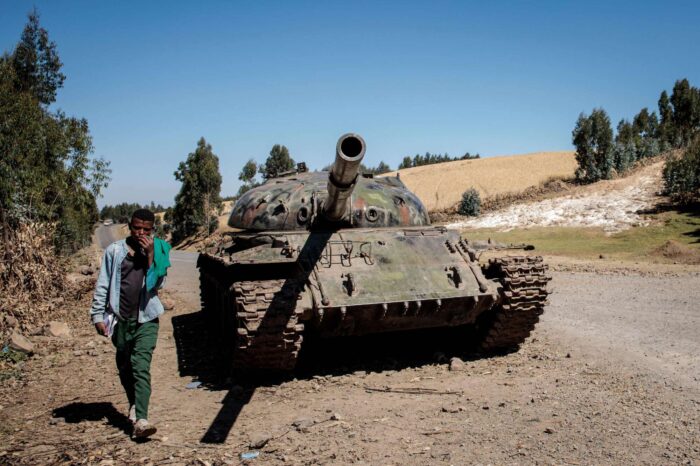