Uganda and the Democratic Republic of Congo plan to increase troops in the joint military operation in eastern DR Congo against Islamic States-affiliated group, Allied Democratic Forces (ADF, to cover a bigger area.

In the first quarter of this year, organisations in DRC that monitor and publicise atrocities by militia groups have verified at least 230 killings by ADF alone in the two Kivu provinces in 43 incidents of violence, even as the two countries’ armies boast of killing, capturing and dislodging ADF fighters from their camps.

By April 13, at least 69 civilians and three soldiers had been killed mainly in villages in Ituri Province, not far from places the UPDF have presence. On April 16 Gen Wilson Mbadi, Chief of Defence Forces of the Uganda Peoples Defence Forces and his DR Congo counterpart Gen Celestin Mbala Munsens, met to evaluate the joint operation against the ADF vis-à-vis this persistent insecurity.

Independent analysts argue that while the UPDF and FARDC have destroyed about half a dozen ADF camps, including its main base Kambi Ya Yua, and captured a few of the group’s high-profile leaders, they have not stopped its killing machine, and the operation cannot be called a success at this point.

“In the various operations against the ADF throughout history, destroying their camps have never been the main challenge,” said Pierre Boisselet, Coordinator of the Kivu Security Tracker (KST, a project that maps and publishes violence by state forces and militia groups in the volatile eastern DRC. “The main challenges are to capture or kill a significant portion of commanders, control their movements, protect civilians from retaliation, uproot the ADF support networks… Much of that remains to be seen, and actually, we have seen the rate of massacres against civilians peak back up again in March to levels similar to those prior the operation.”

In an update on DRC, the UN Deputy High Commissioner for Human Rights Nada Al-Nashif told the 49th session of the Human Rights Council on March 29, despite an overall decrease of nearly 12 percent from the previous year, abuses by ADF had in fact increased.

“Their attacks on civilians intensified in north Kivu and Ituri, despite the state of siege in place since May 2021,” said the UN envoy.

Indeed, during their meeting, the army chiefs agreed on expansion of the sector necessitated by the need to secure more liberated areas, which the commanders say if left unsecured, they are vulnerable to attacks by the scattered AFD fighters.

In March, Operation Shujaa Commander Maj-Gen Kayanja Muhanga of UPDF told journalists that the enemy had scattered into smaller groups to avoid the joint forces reconnaissance combat aircraft and direct combat with ground forces, and had resorted to conducting asymmetrical tactics.

But Gen Muhanga conceded that while the ADF were now weak and low on weapons, they were on the rampage, attacking soft targets of civilian communities, using machetes, hoes and axes to attack victims, hence the killings in March and April as recorded by KST.

As they reviewed the Status of the Forces Agreement, which specifies the deployment and mandate of the UPDF and FARDC joint forces, the army chiefs resolved to expand the sector that will see the operation cover more territory and neutralise the enemy’s freedom of movement and action.

The expanded operation will also hinder the militia’s recruitment and training drive, disconnect ADF from its networks with other negative forces in the region, as well as foreign terrorist organisations like al-Shabaab. 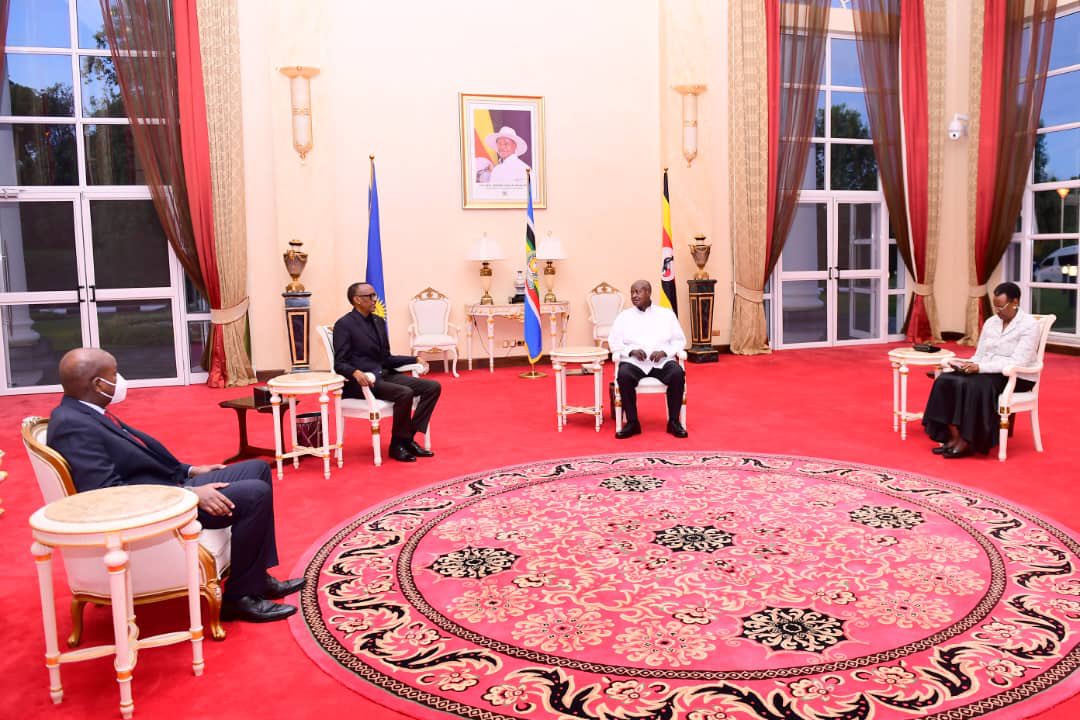