The Uganda National Teachers Union (Unatu has called off the nearly 20-day arts teachers strike that has paralysed learning for children in public schools.

The tutors laid down their tools on June 15 demanding a uniform salary increment following the government’s decision to raise the salaries of their science counterparts by 300 percent.

Unatu made the announcement on Monday, hours after its top leadership met with President Yoweri Museveni and First Lady Janet, who is also the Minister of Education and Sports.

The meeting at Kololo Independence Grounds in Kampala was the second time the teachers held direct talks with the President since the strike began. It was preceded by several others, including one with Vice President Jessica Alupo which didn’t yield much.

Mr Museveni, in Monday’s meeting, reiteratedhis earlier position of gradually enhancing the salaries of all civil servants but guided by a science-led strategy.

“This does not mean we have forgotten others, but we are choosing to prioritise the few and others can come later. We must finish one problem at a time. While the government acknowledges the issues raised by the Arts teachers, we are also aware of salary issues from other workers; the army, police officers, etc, who are equally important to the growth and development of this country,” he said.

Read:Museveni: Pay rise only for science teachers, not arts

Filbert Bagum, the Unatu General Secretary, confirmed that they had called off the strike but would continue engaging the government over the matter.

He said that while the government did not accept their demands for salary increment in the current financial year that started on July 1, the strike was not in vain since it has attracted attention to the teachers’ plight.

“We didn’t lose the battle. We chose to continue the discussion rather than close it. We have gained a lot from this industrial action. We got public and government attention. The government said they realise our issues and they’ll be addressed going forward. We can’t say we came out with nothing,” Mr Baguma said.

The government is non-committal on when arts teachers’ will get a pay rise.

“Enhancement of all the teachers and other employees in the public service shall be included in the medium and long run as resources become available through further expansion of sectors like agriculture, services, ICT and Industry,” Public Service Minister Wilson Mukasa Muruuli said in a recent letter to the striking teachers.

After meeting the Unatu officials, President Museveni, through his Twitter account, said the government cannot meet all salary increase demands across the board at the same time.

“It is okumemerera (sprinkling, where everyone will get a little and then next year everyone strikes. We have a strategy and no one should disrupt us. We are aware of the issues and we are committed to handling them. Therefore, my advice to the teachers is that they should go back and teach,” he tweeted. 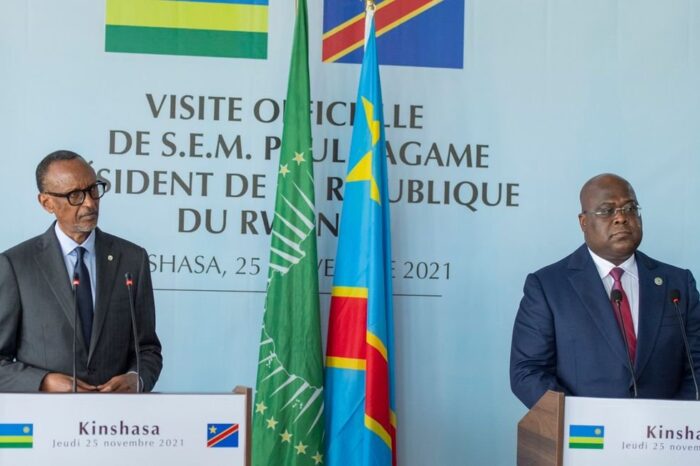 Tshisekedi, Kagame to meet in Angola over Congo war