Teachers across Uganda have downed their tools, threatening to throw the country’s education sector into yet another crisis, a few months after schools came out of two years of a shutdown that kept thousands of learners at home.

But the current crisis is man-made, messy and multi-faced.

Barely a week after the national budget was tabled in parliament on June 14, the giant Uganda National Teachers Union (Unatu called an industrial action upon learning about an allocation for an over 300 percent salary increment for science teachers and nothing for those who teach arts and humanities.

Unatu has called the budgetary decision a discriminatory policy.

By press time, the strike had paralysed learning in more than 12,000 public primary schools, with teachers staying away for the second week, and no solution in sight after a meeting that was called and chaired by President Yoweri Museveni on June 18, with ministers of Education and Public Service, failed to reach a decision.

The meeting at State House Entebbe was attended by Minister of Education and First Lady Janet Museveni, Public Service Minister Muruli Mukasa, and Minister of State for Primary Education Joyce Kaducu, as well as other senior government officials. Unatu was represented by its national chairperson Zadock Tumuhimbise and secretary general Filbert Baguma.

But even before the Unatu headache goes down, an even bigger pain is emerging from public university lecturers who have — through the 10 chairpersons of the university councils — put the government on notice that they would resume their industrial action that was suspended in March 2021.

“This is an issue that has dragged on for about seven years. We want it addressed in the next financial year if we are to have peaceful universities,” said Dr Robert Kakuru, chairman of Makerere University Academic Staff Association, who co-signed the June 17 notice.

The notice, a copy of which The EastAfrican has seen, is also copied to the Ministers of Education, Public Service and Finance, and takes issue with the 2022/23 budget, which it says ignored presidential directives and earlier resolutions on lecturers’ salaries.

The lecturers cite a May 3 letter that the Permanent Secretary Ministry of Education sent the Ministry of Finance asking for additional Ush223 billion ($60.24 million in the next budget “for purposes of meeting the 100 percent agreed pay target” for university dons.

As the crises pile under his watch, President Museveni — who often castigates civil servants and public officials for demanding higher pay — on June 18 called a meeting with the executive council of Unatu to avert the immediate crisis, but the two sides did not agree.

“Your disruptive plans are not acceptable,” President Museveni told Unatu leaders, insisting the government would go ahead with its plans for science teachers.

“In principle, we shall pay everybody well but as of now let us concentrate on one aspect. Don’t tell me about this industrial action. Go and work,” a miffed President Museveni added.

However, the president directed that the ministers of Education, Public Service and Finance review the union’s plan and see how to handle their salary push.

Read:Museveni: Pay rise only for science teachers, not arts

In 2018, the government and Unatu signed a collective bargaining agreement which said all teachers’ salaries should be enhanced, but when government decided as part of its innovation strategy, to raise pay for scientists starting July 2022, science teachers also demanded to be included, and thus pivoted away from their arts colleagues.

Mr Baguma told The EastAfrican the solution is in the government’s hands as it can present a supplementary budget in order to accommodate pay demands for arts teachers within the next financial year.

“How do you expect an arts teacher to see his colleague get a salary enhancement of over 300 percent, and he remains happily working? It’s the same class, same workload, and same working environment.

‘‘We are well known for supplementary budgets in this country, so we can find this money,” he said.

In the Ush48.1 trillion ($12.97 billion budget for 2022/23 financial year, Finance minister Matia Kasaija allocated Ush4.14 trillion ($1.11 billion to the education sector, with a priority to increase science teachers’ pay, construct and equip two-unit laboratories in 21 secondary schools currently without any.

Ush95 billion ($25.6 million is set aside to cater for asalary increase for science teachers.

This, Mr Kasaija said, was in line with the government’s Science, Technology, Engineering and Mathematics (STEM policy as Uganda looks to boost its chances at innovation in the fourth industrial revolution.

“We need scientists for our transformation agenda, for sectors like road construction, while the services sector accommodates both scientists and artists,” said Denis Mugimba, the spokesperson of the Ministry of Education and Sports.

Dr Mugimba said the teachers’ strike is affecting only public schools at primary level, while teaching at secondary, tertiary and university levels is going on normally.

There are 347,219 teachers in Uganda currently, 183,397 of whom are in private schools, according to the Ministry of Education data.

Uganda’s education sector is dominated byprivate schools at pre-primary and secondary levels, while public schools take the lion’s share of enrolment at primary and tertiary levels.

According to Uganda Bureau of Statistics data, there are 34,000 primary schools, but only 12,400 are public schools, holding eight million learners against three million in private schools.

In the president’s directive and Cabinet resolutions of August 24, 2021, Museveni said all science teachers should receive monthly salary increments starting the financial year 2022/23 to reach Ush4 million for degree holders and Ush3 million for diploma holders.

The salary increment is in line with National Development Plan III 2020-25 and the National Resistance Movement manifesto 2021-26.

The two plans are hinged on science and innovation, with the NDP III for example focusing on enhanced value addition in agriculture, tourism, minerals, ICT, oil and gas, and knowledge that has high potential to generate employment and positive multiplier effect on other sectors.

President Museveni and the Ministry of Education maintain that teachers of arts should be patient as their salaries will be raised in the 2023/24 budget, but experts say Uganda has a history of promising and not delivering salary increments.

It takes industrial action to jolt the government to act, as was the case at the start of the second term on May 9, when science teachers went on strike to demand money set aside for their pay.

Even as the fight over salary increment rages on, experts question the impact of raised salaries on the innovations that the government is seeking.

According to Frederick Dongo-Shema, president of the Association of Biology Educators, stakeholders should shift focus to things like how long it will take well-remunerated science teachers to lower the 45 percent failure rate to less than 10 percent that is registered in non-science subjects. Or, how long it will take to raise the proportion of science students at ‘A’ level from the current 10 percent.

Also relevant, he says, are questions of absorption capacity of tertiary institutions vis-à-vis the expected boom of science students, nurturing of students into innovators, design of science courses that are relevant to the needs of the population and reversing the attrition rate of science teachers quitting the profession. 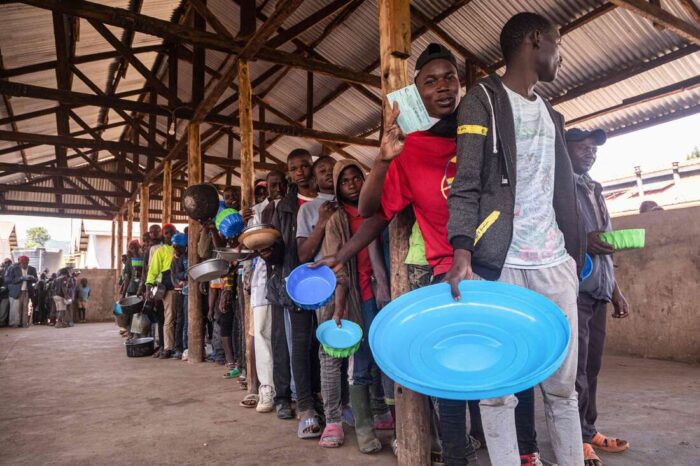