A Rwandan bus carrying 35 passengers burst into flames and was reduced a shell near Koru Township in Kisumu County in Kenya on Monday.

The bus, belonging to the Trinity Express Bus Company from Rwanda was headed to Kampala in Uganda. The thirty five passengers escaped unhurt during the accident which happened at Odoyo market 2.30 am.

The passengers, who lost all their luggage in the fire, were transferred to another bus and proceeded with the journey.

“One of the rear tires had mechanical problems and the fire is suspected to have started at that point before spreading to the rest of the bus. Fortunately, none of the passengers was injured,” said Mr Kimanthi.

The police boss said investigations had been launched to establish the cause of the fire.

The shell of the Rwandan Trinity Express Bus which caught fire in Kisumu, Kenya, on its way to Uganda on December 19, 2022. PHOTO | ELIZABETH OJINA | NMG

“The accident could have been fatal. But fortunately, the driver was alert and helped save the lives of the passengers who evacuated the vehicle immediately when they were asked to do so,” said Mr Kimanthi.

He asked motorists and road users to observe the traffic laws during the festive period to avoid accidents. 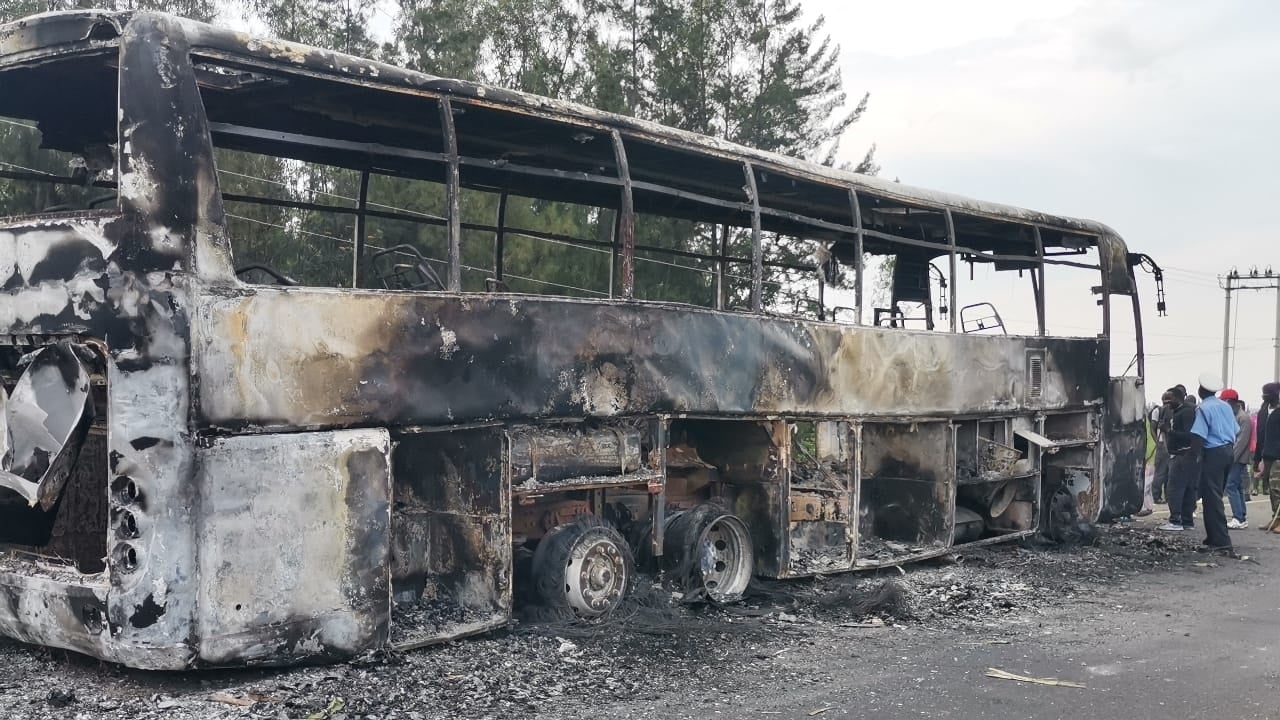 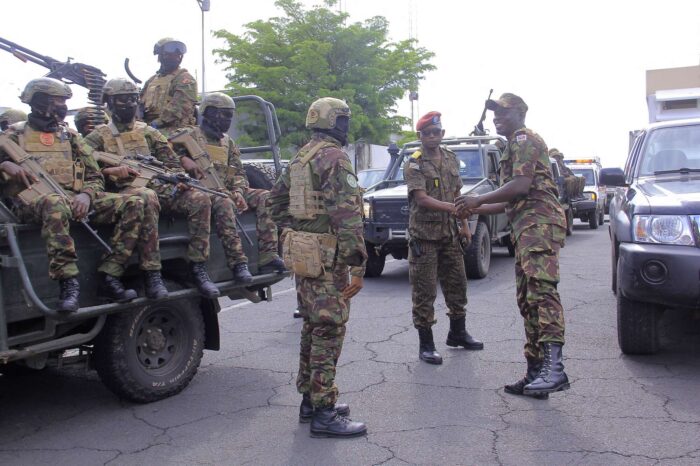