Uganda said Saturday it had deported a leading figure in a banned Rwandan opposition group, in a further sign of warming ties between Kampala and Kigali after years of tensions.

The expulsion of Robert Mukombozi of the exiled Rwandan National Congress (RNC follows a pledge by the powerful son of Ugandan President Yoweri Museveni to crack down on what Kigali considers a terrorist outfit.

The presence on Ugandan soil of rebels seeking to topple Rwandan President Paul Kagame has been a long-running sore in relations between the two neighbours.

Museveni’s son Muhoozi Kainerugaba said on Twitter that Mukombozi had been expelled, describing him as an “enemy of Rwanda and Uganda” and posting pictures of him heading towards a plane at Entebbe airport.

Mukombozi, a Rwandan born in Uganda, worked as a journalist with local media before going to Rwanda but fell out with the government and has been living in exile in Australia, according to Ugandan intelligence.

It was not immediately known where he had been expelled to.

Kainerugaba – the head of Uganda’s land forces and a special presidential adviser – said only he has been “sent back wherever he came from”.

Museveni’s son has been instrumental in mending long hostile relations with Kigali, including holding talks with Kagame that led to the reopening of the land border in January after three years of closure.

In February, he vowed to halt the “illegal and criminal” activities of the RNC in Uganda, saying the group had nearly driven the two countries to a “stupid war”.

The RNC was founded in 2010 by former Rwandan army chief Kayumba Nyamwasa and ex-spy boss Patrick Karegeya who both went into exile in South Africa and became fierce Kagame critics.

“Gen Kayumba, I have warned you enough. You are playing with my country and the results will be terrible for you. RNC has absolutely no space in Uganda,” Kainerugaba tweeted.

Nyamwasa – who had helped Kagame create his ruling Rwandan Patriotic Front – survived two assassination attempts in South Africa in 2010, while Karegeya was killed in a Johannesburg hotel in 2014.

An inquest into Karegeya’s murder suggested there could be ties to the Rwandan government, which it denies.

Although Museveni and Kagame were close allies in the 1980s and 1990s, the two countries later fell out over mutual accusations of espionage, abductions and support for rebels.

The Uganda-Rwanda border was abruptly closed in 2019 as tensions spiralled, but was reopened in January this year in a major sign of rapprochement. 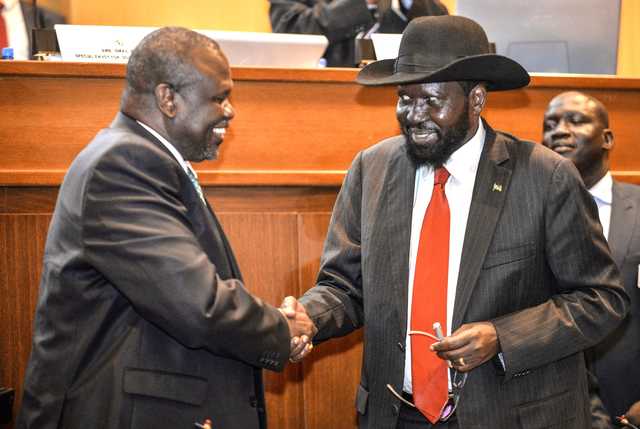