Tweets by Uganda’s Commander of Land Forces Lt Gen Muhoozi Kainerugaba supporting Tigray rebels are his personal opinion, and not the stand of the army, a ministry official has said.

In an interview with the BBC’s Focus on Africa on Monday, Brig Felix Kulayigye, the spokesperson of the Ministry of Defence and Veterans Affairs and the Uganda People’s Defence Forces (UPDF, while cautiously avoiding to directly mention Lt Gen Muhoozi, said the tweets were not the position of the UPDF.

“I am aware of everything that the military does. And if you noticed, that was a tweet not from the Commander of the Defence Forces of the UPDF, not from the spokesperson of the Ministry of Defence. So it can’t be our official position,” Brig Kulayigye told the BBC.

Lt Gen Muhoozi tweeted statements in support of the Tigray rebels and accused the Ethiopian government of human rights abuses.

Ethiopian media, diplomats and military have been tying his statements to the report circulating on social media accusing Uganda of funding and training TPLF rebels in Uganda.

Lt Gen Muhoozi has neither deleted the tweets nor made corrections about his support to the Tigray people. In fact, he has been praising Egypt, a bitter rival of Ethiopia, and promising to be its ally in case of any attack on it.

Brig Kulayigye told the BBC that “information concerning the official position of Uganda’s Defence ministry on matters relating to other militaries is given officially, not through tweets.”

Although Uganda denied supporting Ethiopian rebels and called an alleged leaked intelligence report a total fabrication, the claims have had serious consequences to Uganda’s diplomacy in the region.

Several Uganda officials, including Defence Minister Vincent Ssempijja, Chief of Defence Forces Gen Wilson Mbadi and diplomats flew to Ethiopia and met top military officers to distance themselves from the tweets and the alleged report.

Lt Gen Muhoozi’s tweets about M23 rebels also caused diplomatic problems to Uganda in the Democratic Republic of Congo to an extent that DRC threatened to halt the joint operations against Allied Democratic Forces (ADF rebels in the eastern part of the country. 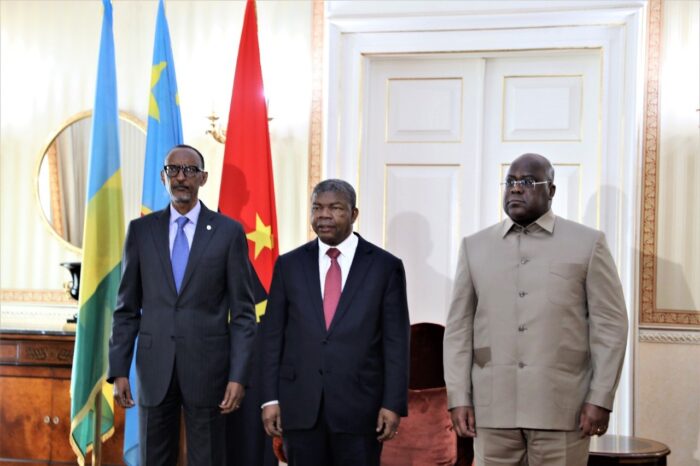