Uganda Ebola outbreak: Here’s what you need to know

What is known about the latest outbreak of Ebola in Uganda?

The first confirmed case is a 24-year-old man who presented on the 11th of September 2022 with symptoms of Ebola. The case was confirmed on 19 September 2022 through laboratory testing. Laboratory results showed that he died from the Sudan strain of Ebola, which was last identified in the country in 2012.

The Sudan ebolavirus generally has a lower case fatality rate than the Zaire strain, which broke out in DRC and parts of Uganda in 2018.

Other suspicious deaths in the month of September 2022 and patients in the same district are being investigated to establish whether they succumbed to Ebola. As of the 23rd September 2022, there were 11 confirmed cases.

What are the risks to public health?

The Ebola virus is highly infectious and mainly transmitted through contact with body fluid of infected persons.

The risk to the public is real as the first documented case could have exposed family members and also members of the public in close contact. The next few days are critical to identify any secondary cases and their potential contacts.

Ebola tends to have a high case fatality rate – out of those infected a high proportion end up dying. In the 2000 outbreak in northern Uganda, more than half (53 percent of all those infected with the virus succumbed to it. Depending on the strain of the virus and public health response in place, the fatality rate can range anywhere between 25 percent and 90 percent of those infected. The 2000 outbreak resulted in 224 deaths out of 425 cases that were reported countrywide.

What response measures has Uganda put in place over the years?

Uganda borders on regions of the Democratic Republic of Congo that have suffered numerous outbreaks of Ebola. The last of these was reported in August 2022. Uganda itself has experienced several past outbreaks.

For these reasons the country has developed a functional surveillance system to flag and confirm suspicious cases early.

Uganda’s viral haemorrhagic fever surveillance programme was established in 2010 in collaboration with the viral special pathogens branch of the US Centers for Disease Control and Prevention (CDC.

The surveillance programme has a diagnostic laboratory, staff, supplies and sentinel surveillance centres for the rapid detection of outbreaks. In the current outbreak, the turnaround time (24-48 hours for laboratory testing was short and done at a laboratory located within the country.

Delayed action, poor health education messaging and slow behaviour change helped spur the outbreaks in West Africa in 2014-2016 and eastern DRC in 2019. Uganda has drawn lessons from these and its own large outbreak in 2000 and it is not taking chances.

What useful lessons can Uganda offer based on previous experience?

Public health messaging is critical and has worked well for Uganda in past outbreaks. Health education campaigns carry messages on prevention practices, manifestation of symptoms and what to do in case of contact or infection.

Another critical factor is having rapid response teams on standby. Uganda has developed this capability.

Just as important is the need for a strong surveillance system to pick up suspicious cases early. Front-line health care workers have been trained to be able to pick out suspected cases, which in turn get isolated. Suspected cases are given supportive treatment, reported and specimens collected and sent to the reference lab for analysis. Once a case is confirmed efforts are made to manage cases and prevent further transmission. The ministry of health and partners also provide the capacity to evaluate and care for a markedly increased volume of patients.

Uganda has local laboratory capacity at the Uganda Virus Research Institute at Entebbe. The laboratory has the capacity to test and confirm whether suspect cases are indeed Ebola virus disease cases. Timely confirmation is important to trigger the rapid response required. This includes contact tracing, health education and care for those who are infected.

Uganda has also learnt the value of sounding the international alarm at the earliest. It did so this time round, alerting the WHO within hours of detecting the first suspected case.

Tracing of contact cases can be challenging due to population mobility. For example, an infected person might travel to a populated urban centre using public transport and possibly get attended to in a health facility by unsuspecting health workers. Along the way many contacts will be made which are difficult to trace should the suspect case be confirmed.

On top of this, rigorous contact tracing and treatment of confirmed cases costs money. So technical support and resources need to be made available.

Looking to the future, the EVD problem needs to be addressed from all angles. Human-wildlife contacts, including eating wild meat, is a risk for transmission. It is suspected that bats and primates are the animal sources of the virus and therefore they are better avoided, especially in endemic areas.

Lastly, the available vaccine may not be effective against the strain that has broken out in Uganda. Currently, the only approved vaccine is one for the Zaire strain. The vaccine for the Sudan strain has not yet been approved.

This Ebola virus disease outbreak and others before it as well as the COVID-19 pandemic are a reminder that infectious diseases – new or old – pose a major threat to public health that requires investment and action to safeguard human health. 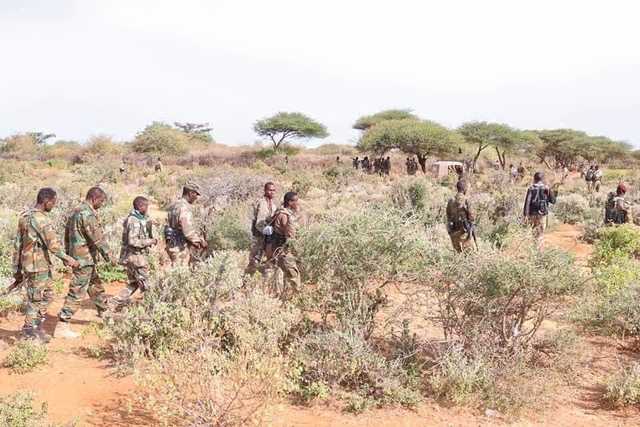