The Ugandan parliament has dismissed a resolution by the European Union (EU parliament to halt the development of the country’s oil sector, citing environmental concerns and human rights abuses, as economic racism.

Thomas Tayebwa, deputy Speaker of the Ugandan parliament, said the motion by the EU parliament seeks to curtail the progress of Uganda’s oil and gas developments and by extension, the country’s socio-economic growth and development.

“It also seeks to deny Ugandans and East Africans the benefits and opportunities from the oil and gas sector. This represents the highest form of economic racism against developing countries,” Tayebwa said.

Earlier, the European Parliament had fingered the joint oil production and transportation by Uganda and Tanzania, calling on the EU and the international community to exert “maximum pressure” on the two countries over associated human rights abuses and environmental concerns.

The parliament, sitting in Strasbourg, France, advised EU members, the international community and project promoters and stakeholders to “put an end to the extractive activities in protected and sensitive ecosystems, including the shores of Lake Albert.”

Uganda and Tanzania are developing a cross-border oil extraction and pipeline project comprising the installation of the East African Crude Oil Pipeline (EACOP, which will transport oil produced from Uganda’s Lake Albert oilfields to the port of Tanga in Tanzania.

The 1,443km pipeline will run from Kabaale, Hoima district in Uganda to the Chongoleani Peninsula near Tanga Port .

At least 80 percent of the thermal-insulated pipeline is in Tanzania and will be buried underground.

The EU legislative body called on the Ugandan government to release those still in custody for protesting the development, noting that various human rights defenders, journalists and civil society actors have been reported to have suffered criminalisation, intimidation and harassment.

They include Maxwell Atuhura, an environmental rights defender and field officer in Buliisa for the NGO Africa Institute for Energy Governance.

Federica Marsi, an Italian journalist, was also arbitrarily arrested on May 25, 2021. Others are Joss Kaheero Mugisa, the chairman of the NGO Oil and Gas Human Rights Defenders Association, who spent 56 nights in jail without being sentenced by a court; Robert Birimuye, leader of people affected by the EACOP project in Kyotera District, who was arbitrarily arrested; Yisito Kayinga Muddu, coordinator of Community Transformation Foundation Network, whose house and office were broken into; and Fred Mwesigwa, who testified in the case against TotalEnergies in France and was subsequently threatened with murder.

The EU Parliament revealed that a mission from the EU delegation and the embassies of France, Belgium, Denmark, Norway and the Netherlands was barred from entering the oil zone on November 9, 2021.

The MPs urged players in the project to study the feasibility of an alternative route for the project to better protect sensitive ecosystems and the water resources of Uganda and Tanzania, and limit the impact on the watersheds in the African Great Lakes region.

But environmentalists have argued that nearly a third of the pipeline will run through the basin of Africa’s largest lake, Lake Victoria, on which more than 40 million people depend for water and food production. It will cross more than 200 rivers and run through thousands of farms. They argue that an oil leak or spill would have catastrophic consequences.

The oil fields prospected for drilling are within Uganda’s oldest and largest national park, which conservationists argue threatens one of the most ecologically diverse and wildlife-rich regions of the world.

But EACOP contends the pipeline is buried and “once topsoil and vegetation have been re-instated, people and animals will be able to cross freely anywhere along its length”. 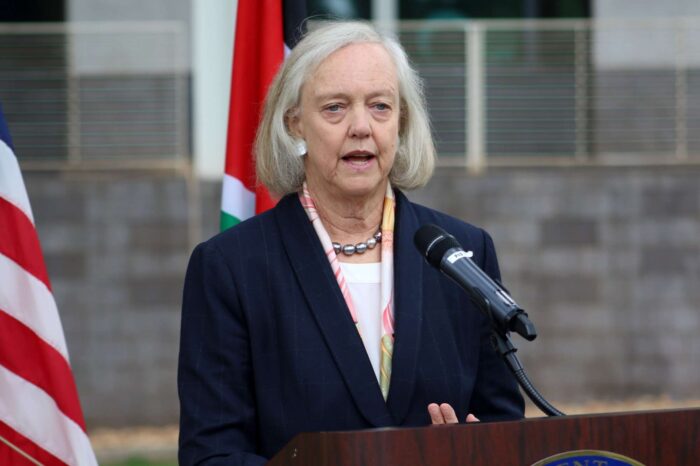 US scraps interviews for some visa categories in Kenya