Uganda is facing a resurgent threat from the terror gang Allied Democratic Forces (ADF, more than a year after it launched a joint operation to pursue the group in the eastern Democratic Republic of Congo.

Indeed, recently, ADF rebels attempted to cross into Uganda from DRC, forcing security agencies to admit that the country now faces the threat on three fronts. This showed that the militants have regrouped inside the country and plan attacks using explosives. Also, raids on villages and police stations have resulted in the death of civilians and several officers as well as the loss of 16 guns.

The revelations are in a report by the monitoring group of experts on DRC, submitted to the UN Security Council on December 16. It shows that Uganda’s joint military operation with the Congolese army “has not yielded the expected result of defeating or substantially weakening ADF.”

The report adds that the intensity and impact of Operation Shujaa, as the joint operation between the Uganda Peoples Defence Forces (UPDF and the FARDC forces, has decreased as both armies encounter logistical constraints and the difficult terrain inside DRC’s Ituri and North Kivu provinces. The joint operation was deployed on November 30, 2021.

The Experts claim that despite the destruction of certain camps and some arrests, the leadership of ADF remains intact and the terrorist rebel group returned to its traditional strongholds, including near the UPDF bases in the DRC at the border with Uganda, where the army tried to establish a buffer zone.

Indeed, on December 13, a group of about 40 ADF fighters crossed Semliki River and attacked villages in Bweramule sub country, Ntoroko District – which borders DRC – before UPDF repulsed them, killing 17 and capturing 15, while others allegedly drowned in the river as they attempted to cross back. Three civilians were confirmed killed in the crossfire.

At the height of attacks, the state minister for Internal Affairs Gen David Muhoozi on November 30, tabled a report in Parliament, showing 12 attacks on police posts, one on an army barrack and 16 guns stolen in three months.

Other security analysts argue that ADF terrorist cells are being reactivated because the group’s fighters are filtering back into the country after their eastern Congo camps were destroyed by UPDF aerial and artillery bombardments, as well as Operation Shujaa. 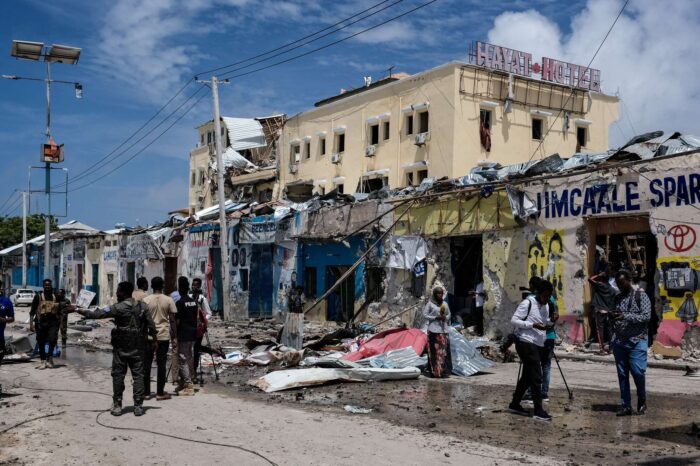 Somalia wants even more drone strikes against the Shabaab